A brief historical note on the left

Two initiatives are before the British left as we move, possibly, to summer. The People’s Assembly in June and Ken Loach’s call for a new left organization around Left Unity related to his excellent Spirit of ’45 film writes Keith Flett of the London Socialist Historians Group.
This is an historical note so I don’t propose to bang on about my personal view of these things here. Suffice to say however that if either or both help to increase activity against the neo-liberal and austerity agendas that are currently being used to whack ordinary people in the UK and across Europe then they will be worthwhile.
Writing in the Independent [25.3] Owen Jones back the People’s Assembly but notes that it is a movement not another attempt to form a left-wing alternative to Labour. Owen says there have been a large number of such attempts none of which have ended happily.
Of course Owen Jones is right. The Labour Party is still very much with us and if some of the potential alternatives are as well they certainly have a way to go before they are in the same league, impact wise, as Labour.
Still we shouldn’t be dismissive of the efforts of socialists grappling with the realities of Labour outlined so well in Ralph Miliband’s Parliamentary Socialism. Despite what Owen argues there actually haven’t been that many serious contenders since the formation of the LRC in 1900.
Of these by far the most significant was the Communist Party formed in 1920. On several occasions it tried, and failed, to affiliate to Labour. During the 1920s on occasion CP members stood as official Labour candidates. The reality was the political representatives of trade unionists who paid the political levy to Labour were often Communists.
Another serious contender, albeit only during the Second World War when there was an electoral truce between the main parties, was the Commonwealth Party. It stood in Elections and on occasion won based largely on the radicalized politics of service women and men who delivered the 1945 Labour landslide.
The ILP was also of some significance, at least until the 1930s, but it was formed before 1900.
The Socialist Party of Great Britain- the monument- also deserves a mention. It was formed in 1903 and still exists. If it sought to replace an existing political party it was probably the CP rather than Labour.
In more recent times there have been other left formulations that have challenged Labour. I won’t list them all but the Socialist Alliance and Respect are notable. They have had some success but it has tended to be focused in a few local areas in much the same way as the CP was on occasion able to make limited electoral advances until 1950. 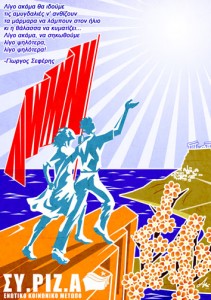 It is true of course that elsewhere in Europe new left-wing parties have been formed which have been able to effectively mount an electoral challenge to established parties of the left. Syriza and Pasok in Greece are the obvious example.
However while I am certainly not claiming any British exceptionalism here I’ll leave it for others to make comparisons or not.
Rather I’d like to end by raising some historical pointers.
There are and have been of course parties based on Marxist politics that have seen themselves as offering a different way to build a left politics than Labour. The first was the Social Democratic Federation in the 1880s and the biggest today is the Socialist Workers Party. I’m not by the way making a comparison.
However the historical question about how such an alternative is effectively to be built, by individual accumulation of members or by numbers breaking from Labour remains as open as it ever was.
From a different perspective- one of the points Owen Jones makes- movements rather than parties have made significant impacts. One thinks in the post-1945 period of CND and the Stop the War Coalition. These have invariably included a broad grouping of left wing sentiment.
However, and however frustrating some may find it, there is no way of by-passing the weight of Labour and perhaps in particular Labour activists in the unions and localities in all this. Whether or not you accept Gareth Stedman Jones point [Why is the Labour Party in a Mess] that Labour is an empty political shell to be inhabited anew by generations of socialists, the electoral support of Labour and its impact can’t be ignored.
It may be argued that membership is hardly what it was in the 1950s but that is true of all political parties. It may also be argued that the hold of Labour’s approach to political change is less, but it is an argument not an historical fact.
I would simply note that even if we accept timescales change with context, historically it has taken time to build left parties.
It is the 50th anniversary of EP Thompson’s Making of the English Working Class but arguably a more relevant piece by the late historian is Homage to Tom Maguire, about how the ILP was built from the bottom up in the 1880s and how bloody tough it was.
The search for a new left-wing party had begun with the demise of Chartism around 1860 and Marx thought he had found it with the Land and Labour League in the late 1860s. It only took another 30 years to form the LRC.
Make of these historical notes- which are far from definitive- what you will but my concluding point is that discussion on the left should be historically informed.
Left Unity encourages all its supporters to sign up for the People’s Assembly Against Austerity
25 March 2013

11 responses to “A brief historical note on the left”