Youth strike for the climate

As a perfect antidote to the rise of nationalism, the youth strikes were internationalist to the core, with actions in about 150 countries on September 20th according to the BBC, writes Bob Whitehead. This was the biggest global protest yet, and it had the added bonus that workers were invited to join in by taking action at their place of work. 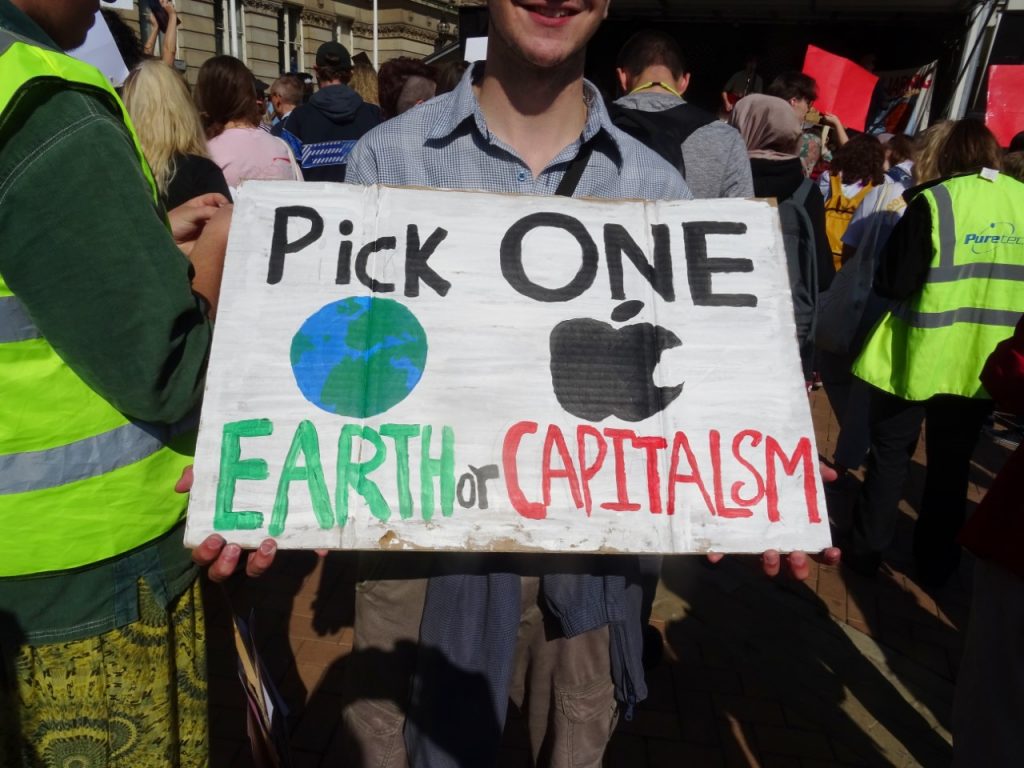 What a contrast to the actions of most governments, who have prevaricated since the Paris (Climate) Agreement of December 2015 spelled out that urgent action was necessary to keep the Earth’s temperature rise below 2 degrees Celsius, and preferably to a maximum of 1.5 degrees.

The World Meteorological Organisation has just issued a new warning; ‘the signs of global heating are speeding up, the five year period from 2014-19 is the warmest on record, sea level rise has accelerated significantly and the emissions of Carbon Dioxide are still rising, carbon cutting efforts must be intensified immediately’.

The response of most governments has been a mixture of denial, indifference, procrastination, greenwash and techno-fixes. Greta Thunberg described the claims of the UK to be world leader in cutting emissions as being “absurd” in her speech to Parliament in April. The carbon reductions claimed did not include aviation and shipping, or the effects of imports and exports.

The UK target for going carbon neutral is 2050, for some local authorities it is 2030, but for Extinction Rebellion it is 2025. Who is more tuned into the awareness of young people that drastic change is required in the here and now? Is it XR or is it Kwasi Kwarteng MP, Minister of State for Business, Energy and Clean Growth who opposed the pupil strikes; ‘I think education, time spent in school is incredibly important’. (This is from a government that has cut education by so much that many pupils are now being sent home for half a day a week due to insufficient staff!)

An estimate is that across the world over 3 million students and workers took to the streets. The UK Student Climate Network did a wonderful job in coordinating the action, with thousands, or tens of thousands on the streets in many cities and towns. Al Jazeera claimed there were 100,000 on the streets of London all told. The TUC unanimously endorsed the call for workers to join the action such as 30-minute walk-outs or lunchtime rallies. Many trades unionists answered the call, although the full picture is yet to emerge.

Another positive feature of the mobilisations is the growing awareness that while urgent action has to be taken now, such as via a Green New Deal, our current system has to be changed to see through the transformation properly. “System change not climate change” placards were very common in the demonstrations. For many, capitalism itself has now been put in the frame.