We Demand Equality and Autonomy, on 8 March and Every Day of the Year! 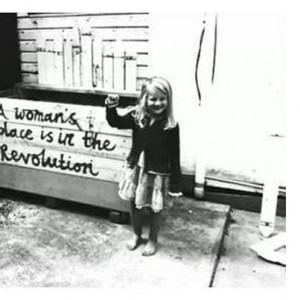 On 8 March, the International Women’s Day 2013, women all over Europe are protesting against the downgrading of our lives, brought about by the capitalist crisis and the patriarchal conditions in our countries! We, the women and feminists of the European Left, are part of this international women’s movement.

We fight against our living conditions being dictated by the financial markets and demand from our governments and the EU that speculating with public money gets forbidden and property taxes be implemented. Austerity programmes must no longer ruin entire national economies and put at risk the existential security of ever more people, particularly the most vulnerable, of whom women are the majority. We also protest against the corruption practiced by politicians in all our countries and demand them to be brought before courts.

More emphatically we reject the dismantling of the welfare state, which mostly hits women as workers and as users of its services.

We demand work for all, women and men, immigrants and locals, decent wages and working conditions. But economic production and work must not destroy nature and life on earth. Rather, the number of working hours must be reduced and the value of care work which is done by women rated much higher. We do not want the economy to be organised according to the principles of profit-maximisation and growth but according to human needs.

We do not think that on this planet there are people who should have more rights than others. Consequently, we demand of the EU to abandon its restrictive asylum- and migration policies which represent a permanent breach of human rights and express our solidarity with the refugee movements in all of Europe for residential rights and the right to access the labour market. We fight for decent living conditions for refugees. Europe is one of those responsible for the conditions which in other continents lead to migration. We demand a complete re-structuring of economic relations on this globe.

We fight against the ‘machist’ male violence perpetrated against women in our everyday lives and the sexism pervading our societies and the public discourse and demand the extension of programmes protecting women against this violence. Violence against women takes many forms and serves to weaken and control us. We demand measures be taken against the trafficking of women and exploitative prostitution, but support the struggle of sex workers for their rights.

On the grave issue of rape which has lately assumed worrying dimensions, we demand appropriate legislation and function of the public authorities that will enable women to report rape rather than feel shame for it, and the punishment of the rapists by courts.

As lesbians we demand more visibility of our struggle, respect in all spheres of our lives and an end to all discrimination.

Economic autonomy is essential for our independence. Therefore we demand living wages and incomes for all women. We demand that the unpaid care-work done be women (childcare, housework, care for the elderly etc) is considered as work and thus adopted and taken account of in political concepts. We also fight for equal distribution of domestic work and care, between women and men.

We fight against all attacks on our right to self-determination and demand our right to decide, if, when and how many children we want to give birth to and bring up. The offensive against the right to choose is one of the fascist inspired aggressions and a tool for subjugation of the women. The activities of self-proclaimed pro-“lifers“ to whom the “lives“ of foetuses and embryos are more important than our health need to be put an end to and their resources need to be cut. We support legal and safe abortion on demand, because women must no longer die during or as a consequence of illegal abortions, neither in Europe nor anywhere else in the world. Therefore and for thousands of other reasons we fight against each religious patriarchy, because it tries to limit the freedom of women. We fight against confessional schools of all religions and the insertion of religions in teaching curricula. We support secularism as a value and as a public space of secular ethic.

We fight the rise of fascist and extremely right organisations, particularly significant in times of crisis, and demand their activities to be banned. They are a danger to democracy.

We demand demilitarisation on a global scale and the disarmament of all male governments and gangs. We demand that military budgets are dissolved and replaced by budgets for social, educational and ecological purposes.

We want all the resources and means to be distributed equally among the sexes and the different regions of the world.

We fight for a socialist and feminist Europe, with social and gender justice.

EL-Fem is the feminist network of the European Left consisting of both women organised in parties and autonomous women. As communists and socialists we are also feminists, as feminsts we are also leftists. To us the struggle for social change is inextricably linked to the struggle for women’s rights and the acknowledgement of our specific situations and lives’ realities as women.