Violence Against Women: a strategic weapon in the hands of the rulers in a time of class war in Greece. 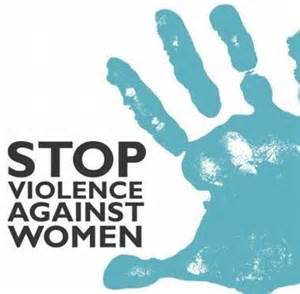 We already knew that violence against women is often used as a weapon in times of war to punish, humiliate and dehumanise, but especially to repress and annihilate by all possible means the population to which they belong. This violence has often been seen as a means of domination rather than as a tool of destruction. We also know that in times of peace, violence against women is more often than not the act of individual violent men, and not a “strategic” weapon of destruction.

What would you say if, in this period of deep crisis which is shaking Greece, violence against women is becoming a weapon in the hands of the rulers? Such violence have been increasingly widespread in Greece. Here are four cases which are particularly symbolic.

The most recent case occurred at the beginning of November 2013 when special forces of the Greek police (MAT) wanted to prevent two Members of Parliament to enter the building of ERT, the public radio and television station, which had been occupied by the police. The opposition MPs Zoe Konstandopoulou of Syriza and Rachel Makris of the Independent Greeks party were pushed against the entrance gates and roughly handled by the police. Zoe Konstandopoulou, who nearly died from asphyxiation, is now taking legal action against her agressors for attempted murder! This aggression occurred because the two MPs just wanted to exercise their constitutional right to enter the ERT building to prevent the police destroying equipment to frame the workers who had been fighting for the station to remain in public hands.

What followed this incident is very revealing and confirms our assertion that violence against women is becoming a weapon in the hands of the ruling class. The morning following the incident at the ERT building, the pro-government daily newspaper TA-NEA, launched an extremely sexist campaign against the two MPs, publishing a cartoon on its front page showing them a strippers pole-dancing in front of a male audience. The caption, a conversation of a male client in the audience, to the cartoon read “Rachel is on the right and Zoe on the left. Do they do anything else? I heard that they are taking legal action. But we should ask the waiter”.

The second case was virtually a public lynching carried out on television of women who are HIV positive, some of whom are prostitutes. In the middle of the election campaign, two social-democratic ministers, notorious for their role in the repression of demonstrations against the Troika and the destruction of the health service, called publicly for the arrest of those who, according to these ministers, “constituted a heath time-bomb”, “are polluting society with their contagious diseases” and are killing with the AIDS virus “greek family fathers”.

The third case of this violence was that against the dozens of women, some that are grand-mothers, at Skouries in the north of Greece who were opposing the Canadian company Eldorado and its gold mining project. For months, special police forces under the instructions of the minister have been targeting the women of the villages with a ferocious and massive repression leading to some of them being sent to prison. It is no coincidence that this unprecedented repression carried out in the background of a state of emergency in a region inhabited by peasants, is to be exemplary according to those who gave the orders to prevent the repetition of such acts of “civil disobedience”. Of course, this “exemplary repression” was carried out first and foremost against the women from this local population which needs to be crushed.

Finally, there is the notoriously sad incident when Kassidiaris, an MP from the neo-nazi Golden Dawn struck on the face two female MPs while live on television during the election campaign last spring. This act of violence, instead of rousing indignation and reprobation, instead led to a wave of popular sympathy and contributed to the electoral success of Golden Dawn.

This violence against women reminds us of that committed during wars of ethnic cleansing. The rape of women by enemy forces should not be explained as the result of some “uncontrollable” male impulse but as that of a strategy of war during which women represent symbolically and biologically the integrity of the ethnic group or nation which needs to be destroyed. In Greece today, we are not faced with a nationalist violence pursuing ethnic cleansing. We are faced with a different type of conflict, another sort of war, a class war!

To humiliate the MPs by comparing them to strippers is to give the message that to be engaged in politics is first and foremost the domain of men and not that of women. In a more vulgar manner, the role of women is to always be available for sex and to be the property of men.

Similarly, the public denunciation of HIV positive women is to criminalise and demonize their sexuality and to present them as a “menace” to law and order which must reign in our society. It is a “menace” which has been denounced for the last two centuries as coming from the “dangerous” classes.

To make misogyny, the hatred of women and the violence against them and their rights, a weapon of war by the ruling elites should not come as a surprise when the Troika is aiming to turn the clock back to the worst moments of the savage and barbaric capitalism of the 19th century. A time when women had no rights.

The fact that we are now witnessing a frontal assault, a war of historic proportions, against the immense majority of citizens (the waged, poor, unemployed, pensioners, youth, those that are “different”, the immigrants and the minorities….) should explain this transformation of violence against women into a weapon used by the ruling powers more and more frequently. Just like in the case of mass rape which is used by those carrying out ethnic cleansing to break the morale of a population and to force them into submission, violence against women used by the ruling class in a time of class war has got the same objectives: to break the morale and social fabric, force not just women – who are the first target – but all their victims, including men, into submission and acceptance of their inhuman neo-liberal policies.

3 responses to “Violence Against Women: a strategic weapon in the hands of the rulers in a time of class war in Greece.”