The virus and the response 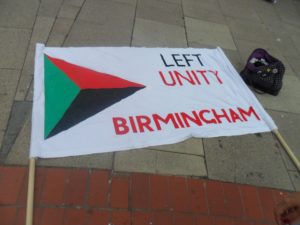 We have been living through four decades of neo-liberalism, from Thatcher onward. Market counter-reforms, cuts, privatisation and the demonisation of public sector workers, their unions, the unemployed and disabled people have been consistent threads throughout. Added to which we have had the scapegoating of immigrants for the shortages in health care and other public services.

The neo-liberalist phase of capitalism meant absolving government of its responsibility towards its citizens and shifting it towards the market instead; a radical break with the welfare state era. Collective provision was downgraded and replaced with focusing on the importance of the individual. “They are casting their problems at society. And, you know, there’s no such thing as society. There are individual men and women and there are families. And no government can do anything except through people, and people must look after themselves first. It is our duty to look after ourselves and then, also, to look after our neighbours.” – Margaret Thatcher in an interview in Women’s Own in 1987. Later, Cameron put the downplaying of the role of government his way, in terms of the “Big Society”.

The Workforce and the Especially Oppressed

We have witnessed a massive increase in the precarity of the workforce; temporary and zero hours contracts, bogus self-employed workers, poverty pay and years of wage restraint, particularly for those in the public sector. There has been the acute distress caused by the attacks on the benefit system and the failure to build enough social housing, leading to a massive surge in homelessness and the proliferation of food banks. The attacks on social care, disabled people, women and children have also been the hallmark of the austerity years. Neither must we forget the huge number of unnecessary deaths associated with austerity, at a time when establishment figures are lecturing us about the importance of saving lives.

All told, these measures have weakened the ability of working people to cope with the new blow that the Coronavirus represents.

The NHS itself had a pre-existing crisis before the virus outbreak began; consistent under-funding, the lack of repair of existing hospitals and the lack of new ones, huge staff shortages, the removal of bursaries for trainee nurses and the Brexit effect of returning many NHS staff to their EU countries to name but a few. The awarding of contracts to private operators, the Private finance Initiative, the outsourcing of ancillary workers, the internal market and the removal of the limited democratic accountability that the Community Health Councils provided added to the retrograde situation.

This is the background, the bad situation the NHS and working people were in before the Corona virus arrived. The NHS, its staff and its users should have been ready to cope with the unexpected, but due to the decades of neo-liberal onslaught this clearly is not how it is.

The Response to the Pandemic

Johnson was part of the government under May, so it is no surprise that the attitudes expressed by his new government fit into the above pattern.

According to an article in the Sunday Times (22nd March) “Johnson was reluctant to introduce restrictions on individual freedom that were inconsistent with his libertarian views. Whatever his motives, whether it was his journalists superficial grasp of the crisis, his preoccupation with his personal affair or making the economy the priority, he was slow to accept the need to slow the spread of the virus by limiting the physical contact between individuals”.

Although he is now denying it, The Sunday Times also reported that Dominic Cummings at the end of February had outlined the government’s strategy as “herd immunity, protect the economy and if that means some pensioners die, too bad.”

“Not to put too fine a point on it, from an entirely disinterested economic perspective, the COVID-19 might even prove mildly beneficial in the long term by disproportionately culling elderly dependents”, stated Jeremy Warner in the Daily Telegraph on March 3rd. He later said that maybe he should have not used the word “cull” (what word should he have used?).

Whether one takes these quotes as good stock or not, a true indication of the official attitude was the actual experience of the first few weeks of the Coronavirus outbreak. When mass testing, tracking and isolation were required immediately the virus hit the UK, the government delayed its response. There was a failure to plan protection for the NHS staff and to create the capacity to deal with the projected medical need (even allowing for the herd immunity policy).

We have now had the great U-turn. Gone is the relaxed attitude and in has come the great lock-down. However, this is no substitute for extensive testing and tracking. The rate of testing remains well below the promised rate of ramping it up. The ameliorative measures for those workers affected by loss of income have been introduced but of course much bigger ones for the business community. The phrases ‘too little too late’ and ‘inverted priorities’ spring to mind.

It is hard to say exactly how the pandemic will now play out, but it also hard to be optimistic. Until or unless the virus is finally squeezed out, or a vaccine is produced, the immense suffering could go on for some time. Moreover, when the current health crisis is added to the parallel climate, environmental and economic crises, the portents for working people are certainly not good. The fact that these crises are also causing big problems for our rulers and their system itself is no consolation.

The immediate focus has to be on fighting this pandemic, and giving maximum compassion towards the uneven impact on those who will suffer from this pandemic with the maximum possible support towards those dealing with the crisis in the key sectors and the encouragement of mutual aid and support.

However, deeper questions are posed. Once this virus crisis has been dealt with one way or another, we must press ahead with seeking a clean break with the system, methodology and ideology that has so failed to deal with it effectively in the first place.

Here are a few guidelines.

1) End private control and ownership and return the NHS and other public services 100% to the state. Politicians should be fully accountable for full funding and service delivery. Clear out the profiteers who are milking the system. Temporary nationalisations, such as with the railways, should be made permanent.
2) Out with the market and in with democratic planning. Public sector workers and service users should be involved in decision making, as well as the broader electorate in terms of national policy.
3) Out with the culture of individualism. Collectivism and social solidarity should be the new watch words. Social-ism not individual-ism.

There also needs to be a deeper critique linking the pandemic to the dominance of capital relations in creating the conditions for the spread of the disease.

1) The degradation of the ecology that has encouraged the use of and search for bush meat.
2) The agro-industry that creates the conditions for the easy spread of disease across species barriers.
3) The ballooning of state debts and the financial sector that has driven the reduction of or restriction of public services that have reduced collective protections.
4) The creation and extension of a world market that enables the spread of diseases without greater collective protection and international cooperation.

26 March 2020
To submit an article for the 'Discussion & Debate' section of our website please email it to info@leftunity.org