The people’s victory: everything is possible

This is the text of a broadsheet Left Unity is distributing today. 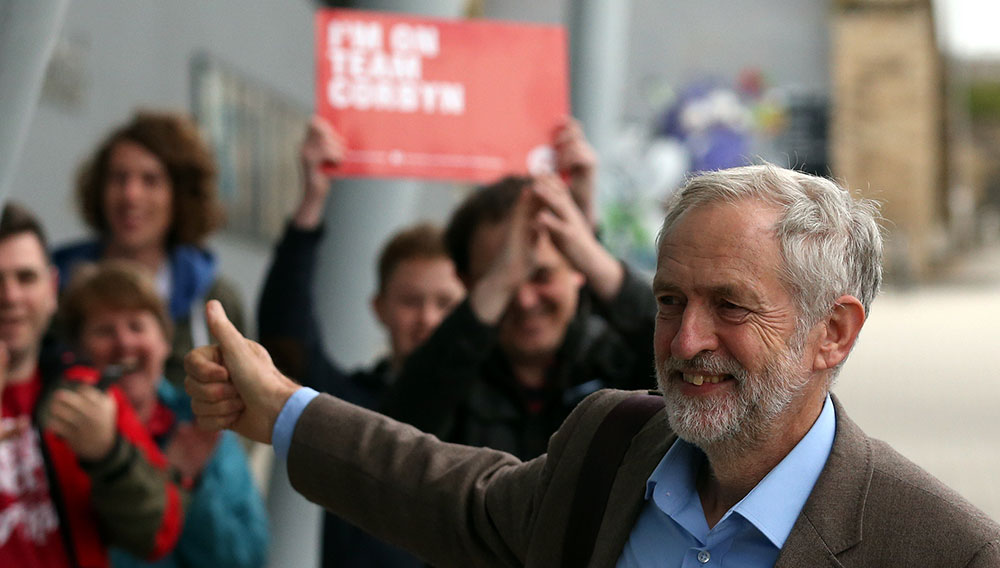 Jeremy Corbyn is the new leader of the Labour Party. Who could have imagined writing such a sentence only a few weeks ago? His victory shatters the austerity consensus that has dominated British politics for the last five years.

Jeremy’s election will have the effect of a dam breaking in British political life. It will shift the centre of political gravity to the left.

There were two intersecting currents behind the dramatic growth of the Corbyn campaign. Firstly there was the long pent-up resentment against the Blairite wing of the party, which the new process for electing the leadership allowed to be unleashed.

Despite the endless stream of party grandees warning of the apocalypse that would befall Labour if Corbyn won, Jeremy’s campaign was the only one that really inspired the membership. The Blairites were ignored and Jeremy won, despite the exclusion of thousands of his supporters from the ballot. We still want to know why PCS leader Mark Serwotka and so many others were barred from voting.

Second, Jeremy’s campaign spoke to the same new forces that are represented in many movements and parties across Europe, from Greece to Spain and beyond: people who are no longer willing to accept the economic brutality and political dishonesty of the ruling elites. In Britain we have seen these political developments find partial expression in the Green surge before the last election and the dramatic events of the Scottish referendum campaign, which saw the SNP eclipse the Labour Party as people sought an alternative to the politics of austerity. Jeremy’s campaign is a further expression of this.

The campaign has brought tens of thousands of people to public meetings around the country and raised a level of political hope that was previously almost impossible to imagine.

Jeremy’s victory heralds a new period of political struggle and political possibility. A mass movement has been born of those who share his policies, whether inside or outside of the Labour Party. As events unfold we must work together to enable the possibilities to be realised.

There is no doubt that Jeremy’s leadership will be under constant attack. These attacks will come not only from some Labour MPs but from much of the media and – most importantly – from the British establishment. The pressure will be on to trim the policies which challenge its power. Mass support for these policies across society will help Jeremy resist and reject this pressure.

For all of us who support Jeremy’s policies, the central question is how to defend this new leadership and how to support and help sustain and expand the movement that gave rise to it.

For us in Left Unity this will be our political priority. As an anchor to the left in British politics, we are committed to fighting alongside Jeremy and his supporters inside and outside of the Labour Party to achieve the policies that we all share. This includes the renationalisation of essential services such as rail and utilities, defence of our health service, halting the punitive welfare cuts, stopping the Trident replacement programme and many other things.

All these goals are now possible.

And that doesn’t just mean waiting for the 2020 election. The government has already said, for example, that Jeremy Corbyn’s win can stop airstrikes on Syria, because Cameron can only get the plan through if enough Labour MPs vote for it.

This new movement needs to continue to grow and gain strength. This can only happen to the extent that it continues to engage with the many struggles that gave rise to it.

The first port of call will be the TUC demonstration against the Tory Party conference in Manchester on 4 October, reinforcing the breakdown of the austerity consensus and posing alternative policies.

The series of events throughout the following week, organised by the People’s Assembly, will give us the opportunity for detailed discussion about the challenges ahead.

Left Unity will contribute to and help facilitate these discussions in the coming months: working with others we will be organising events and launching an online journal dedicated to understanding and developing these new possibilities. You can contact us at info@leftunity.org to get involved.

Jeremy’s victory is a momentous opportunity for the people of Britain, for the working class which has been kicked aside by Tory and Labour alike, to reclaim our society, our resources, our priorities, for the good of all of us. It is also of great significance for the wider world: for a Britain without nuclear weapons, that ends its warmongering, that treats other countries and peoples with equality, dignity and respect. This is a vision – and a reality – worth fighting for. Now’s the time to make it happen.

15 responses to “The people’s victory: everything is possible”