The ongoing crisis within Social Care 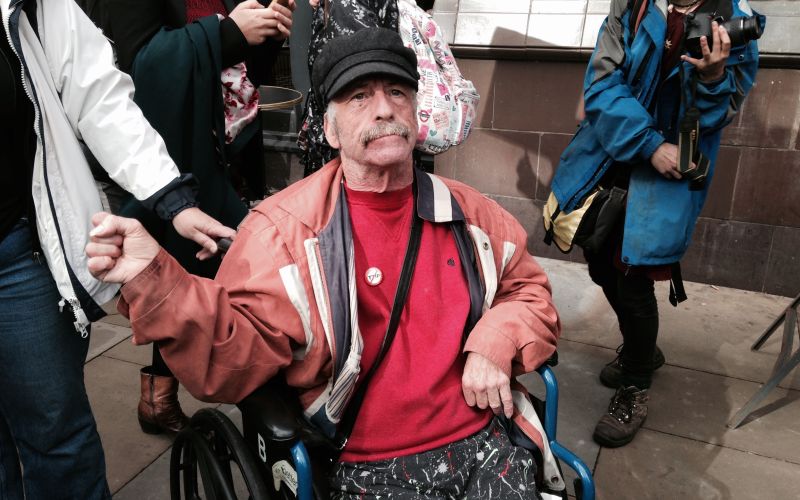 Bob Williams Findlay  from Left Unity’s Disabled Members’ Caucus, writes: On 4 February 2020, the Centre for Economics and Business Research (Cebr) posted on its website that it had been commissioned by Hft, one of the largest and longest-established charities supporting learning disabled people, to carry out a Sector Pulse Check focused primarily on providers working with learning disabled people. The report produced reveals how deep the crisis within Social Care is and indicates that unless there are radical changes in both funding and service delivery provision, things will only get worse. The report is based upon a survey of charities and private providers and demonstrates the harm done by both marketisation and privatisation. The survey analysis from social care providers gives an annual snapshot of the financial health of the social care sector over the past year and an indication of how providers anticipate the next twelve months will progress. The findings show that:

Billy Davis, Public Affairs and Policy Manager for Hft, is quoted as saying:

“As our Sector Pulse report shows, the sad reality is that the social care sector has run out of options. While in the previous report providers were focusing on streamlining through internal efficiency savings, we can now clearly see that cuts are affecting people, not just processes.

“The lack of a sustainable cash injection for the sector has seen providers resorting to offering care to fewer people to manage spiralling costs at a time when demand for social care is widely acknowledged to be growing.”

“Pressure on social care providers to cut costs while also paying for increasing wage bills and agency worker fees has ultimately culminated in organisations taking drastic measures. The share of providers now offering care to fewer individuals doubled compared to last year’s survey. Meanwhile, the proportion having to make internal efficiency savings, close parts of the organisation or hand back services to local authorities remained high. The sector desperately needs more funding in order to provide the same level of care and support to the people who need it.”

The website also reported that Hft is now calling for the Department for Health and Social Care to bring forward their long overdue proposals on reforms for the long-term future funding of adult social care.

Left Unity has shared this information in order to highlight how desperate even the providers in the Social Care marketplace are finding it. We cannot comment on the standard or quality of the support given by these providers, but reading between the lines it is clear that both service users and the staff are suffering as a result of the marketisation of services, cuts in council budgets and austerity in general. At a recent meeting of the campaign group Reclaim Social Care (RSC), members noted some of the increased challenges (ongoing issues but likely to get worse) are:

Left Unity would largely agree that these are the central challenges. The long-awaited reform paper from the Tories when it finally arrives will be woefully inadequate, piecemeal and will not change the fundamental nature of Social Care which is long overdue. Left Unity does not view the failings within Social Care as being simply a question of underfunding and inadequate resourcing; the relationship with the NHS, the culture and practice within both Young People’s services and Adult Social Care, all require a radical overhaul so that services are fit for the 21st century within a modern public-led welfare state.

7 March 2020
To submit an article for the 'Discussion & Debate' section of our website please email it to info@leftunity.org