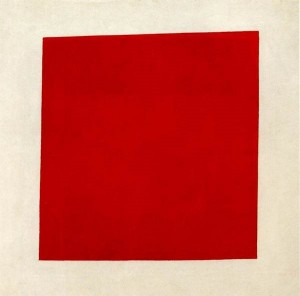 Colin Piper, from Brighton Left Unity, argues for the Socialist Platform by
challenging the consensus view of recent Labour Party history and suggesting there are lessons of relevance to our current discussions.

There is a narrative, unquestioningly accepted and repeated ad nausea by the mainstream media, that the Labour party lost four successive elections between 1979 and 1992 because it was too left-wing. Lord Kinnock, as he is now known, and Tony Blair made Labour electable again by expelling Militant, abolishing Clause 4 Part lV of Labour’s constitution and ending the union block vote. This then led to Labour’s ‘landslide’ victory of 1997.

It is a measure of the power of the media that these arguments seem to have a resonance even within Left Unity, comprised of some of the most class-conscious people in our society. The Socialist Platform apparently has nothing in it “to appeal to the people putting themselves on the line in Balcombe” and to accept it would condemn Left Unity to being a party “that gets (no) more than .002% in elections”.

Comrades let us look at the facts. In 1945 the Labour Party received the support of 35% of the electorate. In the 1950 election Labour’s support increased to 39%, though the effect of boundary changes led them to only have a tiny overall majority. It is interesting to note that the key issue at that election was nationalisation. The Labour Party was committed to extending public ownership, the Tories were opposed to it and the Liberals (who got only 9% of the vote) condemned both the major parties for fighting a ‘class struggle’.

Labour called another election in 1951 and saw their support increase still further, this despite the continued existence of food rationing. Labour’s support in 1951 had risen to 40% of the electorate (an all-time high) but they lost the election despite polling more votes than the Conservatives. The rest, as they say, is history.

Tony Blair’s ‘landslide’ victory of 1997 by contrast was on the basis of the support of just under 31% of the electorate. Tony Blair had increased Labour’s support in the country by a mere 3.8% in 5 years while the Tory party tore itself to pieces over Europe.

In that election nearly 30% of voters stayed at home and, of those that did bother to vote, over a quarter voted for someone other than the two main parties. It is New Labour and not the left who appeal to an increasingly narrow group of people and both they and the Tories achieve power on the basis of massive abstentions by the disaffected whose support they no longer make any effort to attract.

The British Labour Party abandoned socialism while in opposition but other socialist parties moved to the right whilst in power. The Socialist Party in Portugal was in opposition for over 10 years after forming a coalition government with the centre-right, PSOE lost power in Spain after introducing cuts and so on. The argument that these parties moved to the right to attract more votes or gain broader appeal is therefore fatuous. We must be careful not to apply this fatuous argument to the discussions taking place within Left Unity.

Left Unity needs to be socialist for “the people putting themselves on the line in Balcombe” and everyone else fighting this blitzkrieg, precisely because only socialism can stop it. My view is that the Socialist Platform, of those currently available, most clearly explains what socialism means and how it can be brought about.

5 August 2013
To submit an article for the 'Discussion & Debate' section of our website please email it to info@leftunity.org