The fatal policies of Fortress Europe 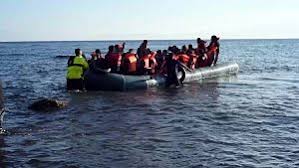 On World Refugee Day, 20th June, UNITED for Intercultural Action is releasing its yearly update of the List of Refugee Deaths. It is now – once again – more relevant than ever. In September 2015, the pictures of 3-year-old Alan Kurdi from Syria who drowned in the Aegean, washed up on a beach with his red shirt and blue shorts, were a shock to many.

Nearly four years later, Europe has become fatally used to deaths in the Mediterranean Sea. Today, the victims of Fortress Europe suffer a silent death. We don’t know most of their names. “N.N” (Nomen Nescio: I don’t know the name) is the most common name on UNITED’s 36,570-long Refugee List of Deaths. Serious attempts at identification of the dead are made only by isolated scientists’ initiatives, and not by governments. The list continues to get longer every day, and Europe’s extreme neglect towards these deaths by policy becomes clear in denying its victims even the most basic human dignity: a grave with a name.

That cynicism is by no means limited to populist politicians who exploit the human tragedy in order to maximise their power. It has, sadly, arrived in the mainstream discourse. In 2018, renowned German weekly newspaper Die Zeit asked the crucial question: “Should we save them – or should we just leave it?” The discussion of whether it is legitimate to rescue those in peril on the Mediterranean Sea has hit Europe in a time of rising xenophobic sentiment. Italy’s Interior Minister Matteo Salvini, for example, denounced the private search-and-rescue-crews in the waters close to Italy as “pirates”. In that hostile atmosphere, the political pressure on NGOs who rescue refugees from drowning has fatally succeeded.

Death numbers are rising again, most notably on the busy Moroccan-Spanish migration route. Meanwhile, Europe continues to collaborate with Libya to block the departure of Sub-Saharan migrants from the country, and send them back to inhumane and violent camps that have been likened to concentration camps. And there is only one rescue vessel left operating at the main entry route between Libya and Italy. Its name is “Alan Kurdi”.

In previous years the List of Deaths has been successfully used by artists, journalists, researchers and activists. It was published last year in the Guardian and other newspapers in Europe, displayed in a metro station in Barcelona, and on the street in European Cultural Capital Leeuwarden (NL), as well as at Liverpool Biennial (UK) where it was repeatedly vandalized. In June 2019 it is published in the Norwegian newspaper Bergensavisen as part of an ongoing collaboration with artist Banu Cennetoglu, and exposed in Beijing, China, by artist Peng Wu under the name “Arriving Ashore – a memorial for the lives lost in the forceful migrations”. On 20th June the second updated edition of the German book Todesursache: Flucht will be published.

UNITED calls on civil society to protest against the fatal policies of Fortress Europe that lead to too many deaths of desperate people looking for safe refuge.

No More Deaths! Time for Change!