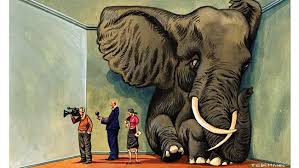 Nothing would please me more than to see a right-wing Tory government toppled, writes Bob Williams-Findlay, but this desire has to be put into a meaningful context. At the moment we are in dangerous territory; the Prime Minister, Boris Johnson, and his cabinet of reaction have a clear agenda. Johnson is an unprincipled, compulsive liar who knows full well that the EU will not renegotiate around the terms he wants. He pretends he wants to avoid a no deal if possible, he claims he’ll suspend Parliament in order to draw up a new programme for his government. Most people should realise what he’s saying is utter nonsense. He and his allies, including Trump, want no deal because it’s in their interest to turn away from Europe.

What Johnson is doing is a threat to bourgeois democracy with fascists and ultra right nationalists supporting him.  Yes, in this context we do defend parliament, but we are fighting for so much more. Last Saturday, up and down Britain people came out onto the streets in their thousands. As Left Unity reported:

The suspension of Parliament is the latest stage in the right-wing takeover of the Tory Party and the Government that began with the Brexit referendum in 2016. The Leave campaign was pumped full of money by billionaire Aaron Banks. It used unlawful data targeting methods. It was fed by the lies of the Tory press. It was the opposite of democracy.”

What makes this current territory even more dangerous is the fact that it isn’t just the Right who appear thirsty to repeat the politics of the 1930s, sections of the Left appear hell-bent to engage in sectarianism at the expense of defending the interests of ordinary people. On Tuesday 3rd of September, the People’s Assembly is holding a march under the banner: Stop Boris Johnson – We Demand A General Election Now. Although this march was called in haste, the run up to it, similar to the one held in Birmingham, offered little political clarity as to the basis upon which these marches were organised. The reason given was simply: “Don’t let Boris Johnson walk all over our democracy.”

In my opinion it is inadequate to simply oppose Johnson because he’s anti-democratic; it is also inadequate to call for a General Election simply because we hate Tories in power. What lies behind Johnson’s attack upon parliamentary democracy, and why should we build a mass movement against him and his government? We oppose Johnson and his government because they seek to use Brexit to further disaster capitalism. No deal isn’t simply about walking away from the EU with no agreement; it opens up dynamics which will have severe implications for the economy, social relations, immigration, legal rights and living conditions.

Johnson’s “British coup” can’t be understood or successfully addressed without dealing with the elephant in the room – Brexit. It is sheer stupidity of certain sections of the Left to argue anything is better than being tied to the neoliberal European capitalist market; hopefully a Corbyn-led government would get a better deal. We live in a global capitalist market-place, so how does being under Trump better the interests of British and European working classes? How does not challenging Brexit defend migrant workers’ rights?

The focus of the rally tonight is opposing Johnson because he’s anti-democratic and a Tory, but if we limit it to that then I’m concerned that real threats to our class, to the millions of European workers, to freedom of movement will be inadequately addressed. I’m not a sore Remain loser, I’m an Internationist who wants to fight for a United Socialist States of Europe, not a British cul-de-sac.

3 September 2019
To submit an article for the 'Discussion & Debate' section of our website please email it to info@leftunity.org