After The Elections: Statement on the Spanish election 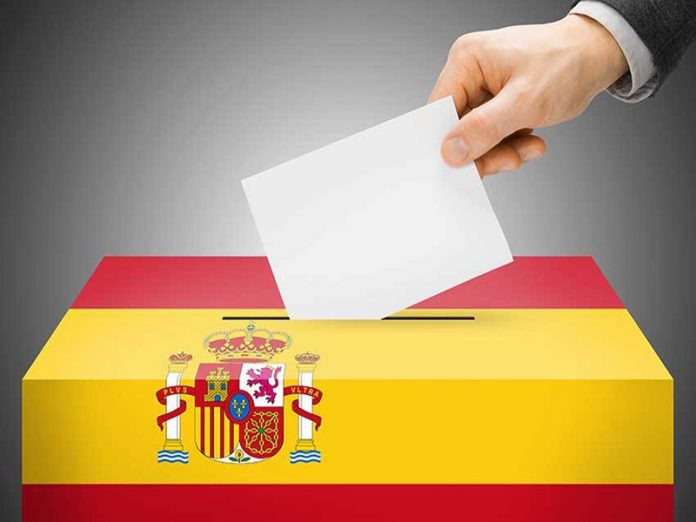 Those who preferred to call elections again instead of reaching a left-wing agreement intended to achieve two things: on the one hand, to create the conditions of a government agreement that had a neo-liberal program as a backbone; and on the other hand, our disappearance, as we would obstruct the first of these objectives.

To diminish our space of political unity was a plan that had the sympathy of the big enterprises and the big fortunes of our country, since they are aware that our votes have never been and will never be at the service of policies such as the ‘Austrian backpack’, a new neoliberal labour reform, or the reduction of public investment.

We have lost seats, but we have resisted well above the expectations of those who pushed us into this situation. It is not about being self-complacent, since it is true that in recent years we have systematically regressed electorally and this requires our maximum attention, but it is also true that they have not managed to end our political space and we must be satisfied with the work done in the face of such important challenges.

From today, our intention is to assert our parliamentary weight to push towards the formation of a government that faces the extreme right and that applies a program in defence of working-class families, a program that curbs the expansion of betting houses in our neighbourhoods, that implements measures against climate change, that develops a transversal strategy that aims to end patriarchy in all its forms, and that makes the fight against precariousness a priority.

The results of the November 10th general election should greatly concern us. This election has not allowed the PSOE to meet its stated objectives but has led to the strengthening of the extreme right. The incendiary speeches and nationalist populism of falsely self-proclaimed constitutionalist parties have created the ideal conditions for a strong irruption of the extreme right.

The concurrence of the electoral call with the sentence against the leaders of the procés, together with the media and political normalization of the discourse and fascist proposals has been an evident breeding ground for the growth of the extreme right.

Spain has now one of the strongest extreme-rights in all of Europe, which places

us in tune with one of the most worrying phenomena of our contemporary world: the reactionary wave that runs throughout the planet. Although the Spanish extreme right is a Francoist division of the PP, linked to the well-off and ultra-liberal class, in recent times there has been a conscious attempt to approach the working class with xenophobic and speeches falsely protective of the popular families.

The extreme right aims to be homologated with other reactionary phenomena that have succeeded in attracting a large part of the working-class in Europe, addressing the victims of globalization and capitalism with neo-fascist solutions that pit workers against each other and underpin the authority of the capital and the patriarchy. That this phenomenon has been strengthened in our country is enormously worrying.

The unity of the left and the popular unity has been a maxim of the current Izquierda Unida leadership, and that was ratified in the last federal assembly. The dispersion and electoral fragmentation that we have experienced in this year 2019 in the different processes, with special emphasis on the one we have just being through, notoriously points to the costs of not building collectively. The electoral law penalizes the fragmentation of the left and, in our case, has made us lose several seats.

We wish to take this opportunity to send a message of optimism not only tactical but also strategic: we must consider that, in the same way that the extreme right has been strengthened, it is also possible to make it weaken and disappear. There are recent experiences, such as the Greek one, in which the neo-fascists came to occupy a third position and now they have not only become an extra parliamentary force, but are also facing justice for defending proposals contrary to Human Rights. In this similar manner, we would be in a position to make our cry “No pasarán” come true.