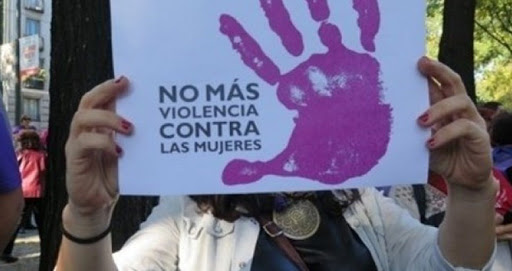 As concerns rise internationally about the incidence of domestic violence during lockdown, the Spanish state’s Ministry of Equality has published a ‘Contingency Plan against gender violence in the face of the COVID-19 crisis’. The Plan includes a citizen awareness campaign, which calls on society as a whole to work together against gender based violence.

“March 27 2020. – The Ministry of Equality has promoted a Contingency Plan against gender based violence due to the COVID-19 crisis, which, by Royal Decree 436/2020, has meant the house confinement of Spanish society. In the face of this emergency situation, the Contingency Plan will develop a series of strategic and operational measures that will help prevent, control and minimize the possible negative consequences in the lives of many victims of gender-based violence resulting from confinement measures.

The Contingency Plan includes declaring essential service, in accordance with article 2 of Law 8/2011 of April 28, all comprehensive assistance services for victims of violence against women. This will mean that the service operators must guarantee the normal functioning of the information devices 24h; emergency response and reception to victims at risk, including women who need to leave the home to guarantee their protection; the normal operation of emergency centres, shelters, supervised flats, and safe accommodation for victims of sexual exploitation and trafficking; and psychological, legal and social assistance to victims in person (by phone or through other channels).

Women in a situation of home isolation, either by indication of the health authorities, or by application of the limitation of movement and access to public spaces under the Royal Decree, may find it difficult or impossible to access the usual means of communication and report situations of gender violence. In this sense, the necessary measures will be articulated to guarantee the adequate operation of the services destined to the protection of the victims of gender violence, as well as the adaptation of the modalities of provision of the same to the exceptional circumstances to which the citizenship is submitted during these days.

At the same time, the Ministry of Equality has launched an information campaign for victims of gender violence to publicize the services available to them. The campaign, which is part of the Contingency Plan against gender violence, calls on society as a whole to work together against violence against women, especially during the COVID-19 crisis.

With the title “We are with you. We stop gender violence together”, the campaign wants to convey to public opinion that gender violence is not a private problem, but rather a human rights violation that concerns the society as a whole, highlighting the work of all in the fight against violence against women, as well as alerting to situations of violence within homes and raising awareness of good treatment during the period of confinement. As part of the commitment to support and assist against gender violence, the campaign wants to make available to Spanish society and women in particular various general services declared essential during the state of alarm. To do this, graphic material will be distributed to neighbourhood communities, municipalities, administrations, small businesses, supermarkets, pharmacies and other establishments, as well as material for social networks for all those who want to join the campaign.

In this exceptional situation of state of alarm, the Ministry of Equality also wants to inform all women who may be experiencing a situation of gender based violence, of the new prevention actions and those that are still underway –especially if it is in situations of emergency. To this end, it has published the ‘Guide for action for women who are experiencing gender-based violence in a situation of home stay derived from the state of alarm by COVID 19’, with questions and answers on general information; advice; psychological help; help in an emergency; and usual questions whether or not you live with the aggressor; at the same time that also solves the doubts about custody visitors of possible sons and daughters in common.

The guide explains that in situations of danger or emergency due to gender violence, there will be no sanction for going out on the street to ask for help or going to seek police, judicial or other kind of help. As a novelty, if immediate emotional or psychological support is needed, a chat service has been launched through instant messaging via Whatsapp.

The guide reminds that the 016 telephone continues to operate normally 24 hours a day, every day of the week. It this number who needs it can ask for advice on available resources and the rights of victims of gender-based violence, as well as legal advice from 8 a.m. to 10 p.m. every day of the week, with assistance in 52 languages and a service adapted to possible situations of disability.

On the other hand, the guide also remember that in an emergency situation you can call 112 or the emergency numbers of the Policia Nacional (091) and the Guardia Civil (062), who are still on duty. In the event that it is not possible to make a call and in a dangerous situation, the ALERTCOPS application can be used, from which an alert signal will be sent to the police with geolocation. If the woman who is suffering gender based violence has to leave the home and leave her pet with the aggressor; and taking into account that in most of the reception and emergency services pets are not allowed, the General Directorate for Animal Rights, in collaboration with the Ministry of Equality, has launched a service telephone to manage safe spaces for animals.”