On the initiative of transform! europe, more than 170 intellectuals, including scholars, teachers, and politicians from all parts of Europe, have signed an open letter in which they reject the latest resolution of the European Parliament (EP) regarding the politics of memory, urging ‘Respect for Historical Memory in Europe’.

This resolution – ‘Importance of European remembrance for the future of Europe’ – , adopted on 19 September to mark the outbreak of the Second World War, was supported by a majority of 535 to 66, including most members of the social democratic and Green political group in the EP. transform! europe regards the resolution as an attempt to whitewash historical fact in order to justify the equation of the murderous Nazi regime with socialist and communist ideals.

Memory is not something to entrust only to specialist historians; it is a fundamental part of our present and our democracies. This is exactly transform! europe’s aim. It regards the open letter as the start of a European movement to revitalise the spirit of antifascism which originally informed the founding of our democracies and the striving for European unity, which historical revisionism must not be allowed to marginalise.

One of the first institutions to reject the resolution was the International Federation of Resistance Fighters – Association of Anti-Fascists which characterised it as ‘narrow-minded, decretive and instrumental’ (see https://www.fir.at/en/2019/09/23/english-a-bad-message-from-the-european-parliament/). 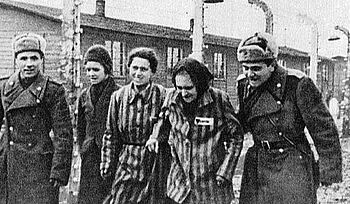 In the face of emerging neo-fascist parties with increasing electoral support and the intensification of nationalist hatred, growing anti-Semitism, and racism in many European countries, a debate about which lessons we must draw from the victory over historic fascism has indeed become crucial.