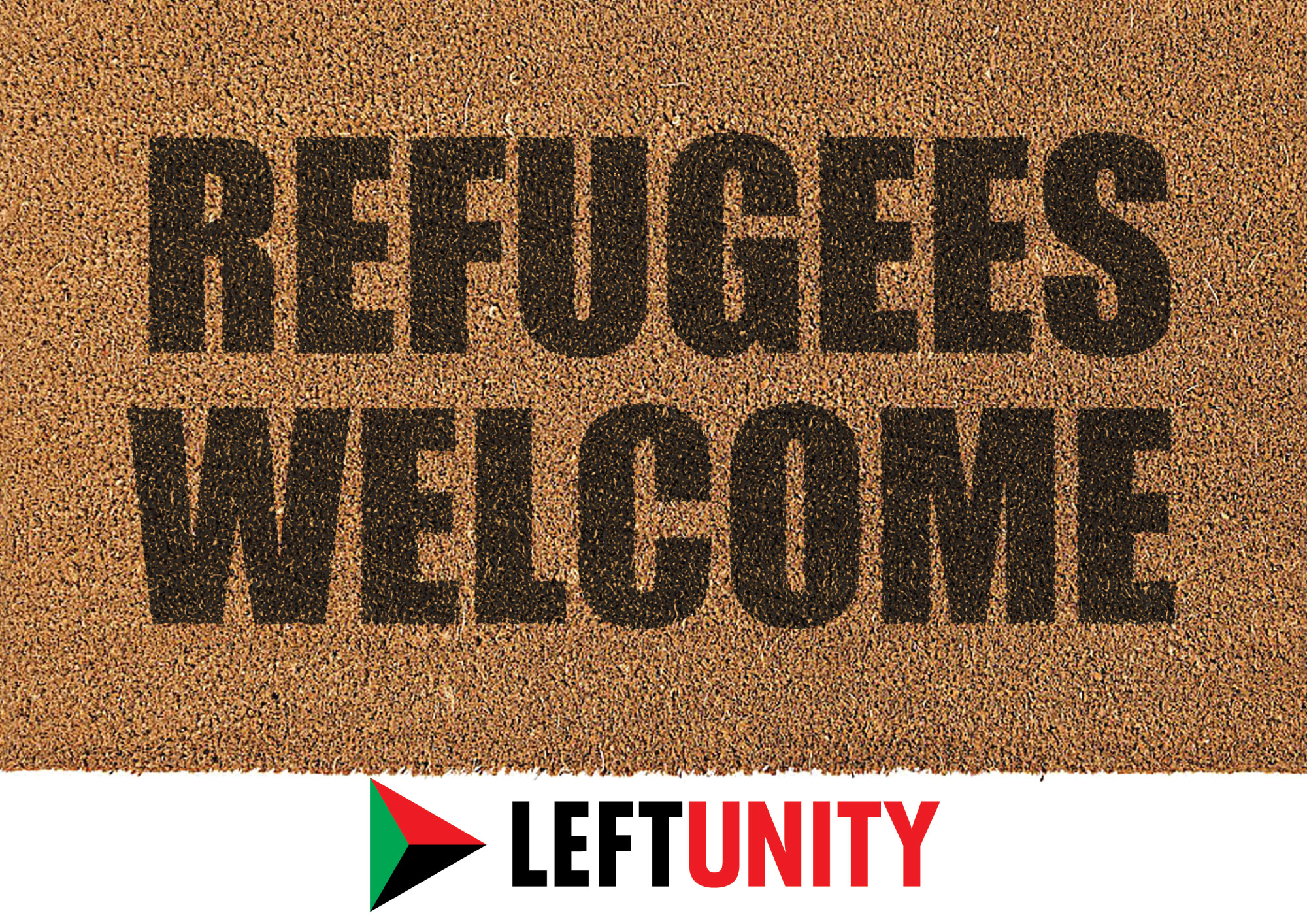 David Landau writes: Hotels around the country where asylum seekers are being temporarily housed whilst their asylum claims are being assessed by the Home Office, have been targetted by fascist organisations like Britain First and For Britain.  For Britain have a councillor on Epping Forest District Council, Jullian Leppert.  He and his associates have been mobilising against the people in the Bell Hotel, accusing them of criminal activity which the police and the council have shown were a pack of lies.

He said: “We don’t want a Tower Hamlets out in Essex. It’s difficult to put it that way without being called a racist, but we’re entitled to our national identity as much as any other country. We shouldn’t have dominant other cultures imposed on us to the point where you no longer feel at home,” he said.

Asked if he was advocating a whites-only enclave on the edge of London, Leppert replied: “Ideally, yeah.” The last census found that more than 90% of Epping residents described their ethnic group as white.”

Jullian Leppert is no new kid on the block.  He used to be in the BNP and was elected as a councillor for Hainault ward in the London Borough of Redbridge.  His tactics were plain and straight forward.  He would put out monthly news bulletins in the ward full of hate and fear with headlines like “Don’t Let Hainault become like the Islamic Republic of Ilford”.  No other political party was putting anything out in Hainault.  The only people actively opposing him was an organisation I helped to set up – Redbridge Together.  We put out things attacking his myths and lies.  But it remained the case that the only political party outside of the elections was putting stuff out was his.  This is how he won in 2006.  In 2005 the BNP got 6 councillors on Epping Forest District Council.  So we (various anti-fascists anti-racists, Searchlight, Redbridge Equalities & Community Council and Redbridge Trades Union Council and others) extended our organisation to REFT – Redbridge & Epping Forest Together.  This built a network across the district. Every time there was a leaflet or an election or by-election, REFT were out there with our leaflets challenging their lies, bringing intelligence about their leading members to the public etc.  People from all parties got involved, community groups and places of worship.

Julian Leppert lost his seat in Hainault in 2010 and the BNP lost their seats in Epping Forest.  REFT effectively closed down after that.Then in May 2019 Leppert re-emerged. Using the very same tactics in Waltham Abbey (in Epping District) as he had in Hainault he won a seat on Epping Forest District Council under the flag of For Britain.  Alarmingly he got 40% of the vote – the next candidate down, Tories, got 20%. So he had a landslide.Now he thought he had a safe platform to attack communities.  But he misjudged the opposition.  After his vitriol against the people living in the Bell Hotel they were abused and attacked.  But 100 people turned out on Sunday 30 August after a call was put out by Stand Up To Racism. There local young people who saw it on social media, the Labour Party, the Green Party,  the REFT people we mobilised  and so forth.  The people came out of the hotel to meet us.  Presents were distributed.  Banners were flying saying Refugees are Welcome Here. 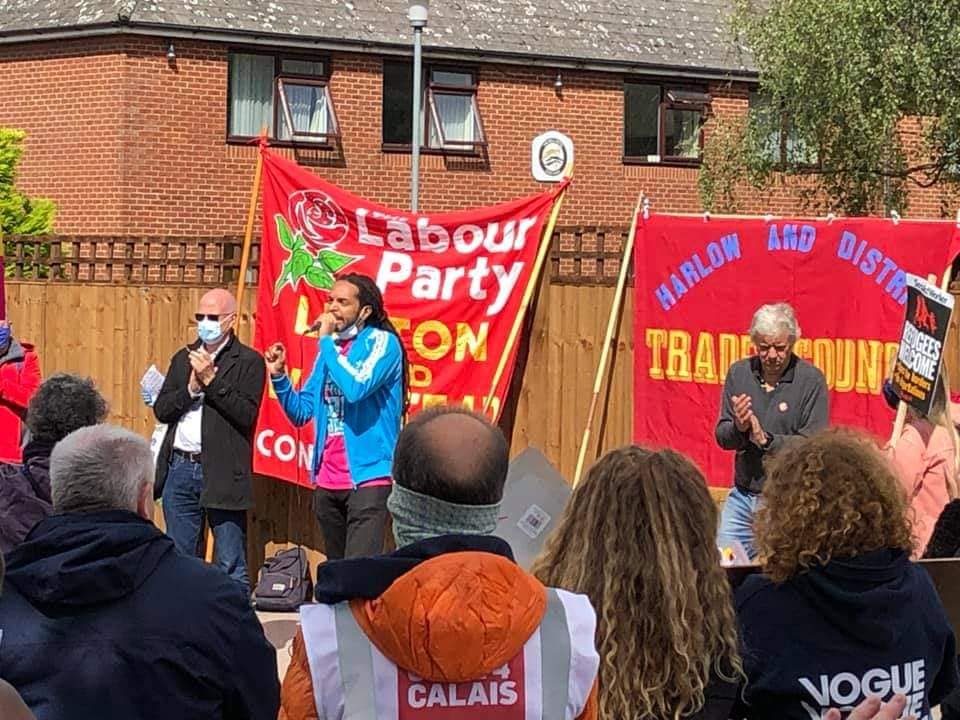 Racism and fascist ideas can have a strong emotional hold on people and sometimes it feels like we can do nothing against it.  But events like this show that there is a majority who oppose it, are decent and can and will take to the streets.The battle is by no means over.  There needs to be a permenant local organisation like REFT re-established only stronger.  We need to be able to respond when communities come under attack.  Go and visit them. Hassle the police if they are ignoring hate crimes and so forth.  In May 2021 there will be local elections in Epping Forest District Council.  For Britain will be looking at standing more candidates.  We must have a movement to make sure they get nowhere and Leppert is driven out of the council.