On 23 March 2019, hundreds of thousands of people marched in London to demand a ratification vote before leaving the European Union. Left Unity was an official supporter of the Left Bloc, putting a progressive case for staying in the EU – to stop Brexit; stop climate chaos; build unions; defend free movement; transform and democratise Europe; fight the rise of the far right. 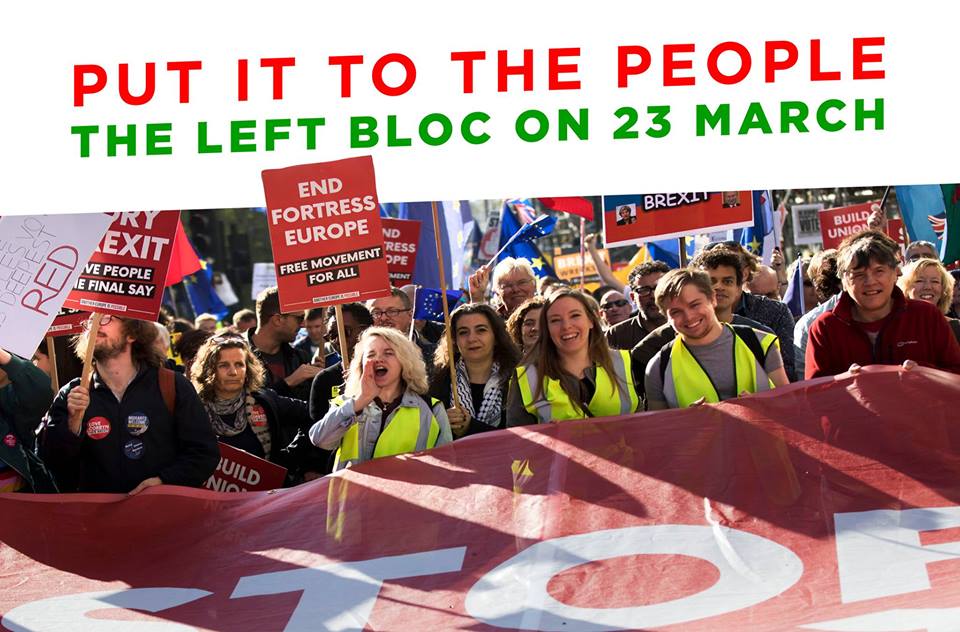