No to the coup: Hands off Venezuela 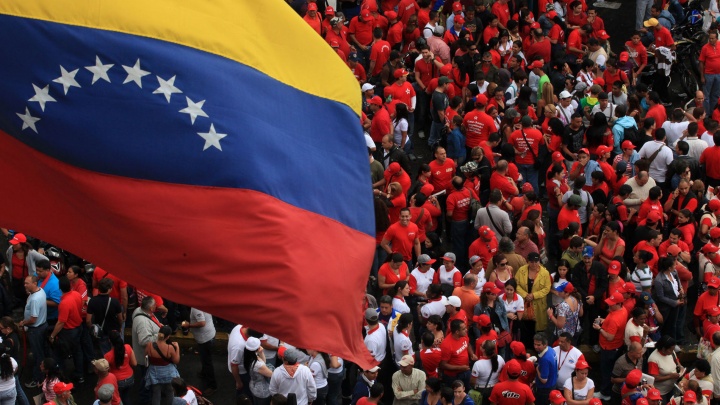 Left Unity condemns the violent coup attempts in Venezuela and welcomes the solidarity being shown around the world by democratic and progressive forces.

Leaders in Latin America and the world rejected Tuesday the coup against the Venezuelan government of Nicolas Maduro which was launched by opposition lawmaker Juan Guaido, who illegally proclaimed himself “interim president” in January with the support of the United States and its regional right-wing allies.

Early Tuesday morning, Bolivian President Evo Morales tweeted, “We strongly condemn the coup attempt in Venezuela performed by the right wing, which is submissive to foreign interests. Confident that the courageous Bolivarian Revolution at the head of the brother Nicolas Maduro, will be imposed on this new attack of the empire.”

Venezuelan minister Vladimir Padrino assured that the military personnel “stand firm in defense of the National Constitution and its legitimate authorities.”

In that sense, he explained that all the military units deployed in the country’s eight defense regions report normalcy in their military bases and remain under the command of their legitimate commanders.

From Cuba, President Miguel Diaz-Canel also rejected the attempted coup and pointed out that it is promoted by those who try to violently overthrow the Bolivarian Revolution.

In his Twitter account, the Cuban leader said: “We reject this coup that aims to fill the country with violence. The traitors who have placed themselves at the forefront of this subversive movement have used troops and police with weapons of war on a public road in the city to create anxiety and terror. ”

In a similar tone, Cuba’s Foreign Minister Bruno Rodriguez, who called for stopping aggression against Latin American countries, said that “we strongly condemn attempted coup d’etat in Venezuela. Firm support and solidarity from Cuba to the Constitutional President of that sister nation, Nicolas Maduro, to his government and to the Bolivarian and Chavista people.”

From Mexico the Manuel Andres Lopez Obrador administration said that is closely following what is going on at Venezuela and expressed its concern about the possible escalation of violence and bloodshed which opposition action may be brought about.

“Mexico reiterates its desire and commitment to finding a peaceful, democratic and dialogue-based solution to this crisis, always privileging unrestricted respect for human rights. Through the Ministry of Foreign Affairs, consultations are being held with the other sixteen Montevideo Mechanism countries in order to find a common route.”

Early in the morning, Venezuela’s Foreign Minister Jorge Arreaza reacted to the coup attempt by denouncing the support of Colombia and the United States for Juan Guaido’s actions.

“We inform the people of Venezuela that we are currently confronting and deactivating a small group of traitorous military personnel who positioned themselves in the Altamira Distributor to promote a coup d’état against the Constitution and the peace of the Republic… This attempt was joined by the murderous far-right… We call on the people to remain on high alert to, together with the glorious Bolivarian National Armed Forces, defeat the coup attempt and preserve peace… We denounce to the international community the support of the Colombian government for this new coup attempt in Venezuela. From Washington and Bogota, all the last months’ unsuccessful unconstitutional actions in Venezuela have been planned.”

From Brazil, the Workers’ Party congressman and journalist Paulo Pimenta said, “it is very serious what is happening in Venezuela and it has a name: coup attempt. Surely Guaido is playing to ‘all or nothing’ because he has the U.S. in the rear and we know that Trump is capable of anything to get hold of the world’s largest oil reserves.

For his part, Spain’s Prime Minister Pedro Sanchez stressed that the solution to the Venezuelan situation must be achieved through dialogue and in a peaceful manner.