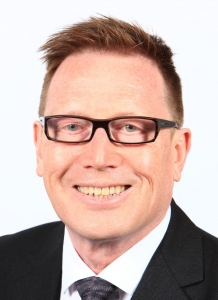 Left Unity founding member Nick Wrack has been selected to stand as the joint socialist candidate in Camberwell and Peckham for both Left Unity (LU) and the Trade Unionist and Socialist Coalition (TUSC).

Nick is standing against the austerity policies that are supported by the other parties. He is one of more than 100 socialist candidates in the general election that will take place on 7 May 2015.

“Labour has abandoned any pretence of representing the interests the working class. It cow-tows to big business and the banks. It supports privatisations and cuts to our public services. It is committed to continue the Tory pay freeze. Labour is committed to continuing austerity, meaning continuing hardship and misery for millions. I believe that we have to oppose all cuts. They are destroying everything that makes life tolerable.

I don’t accept that the cuts are necessary. There is plenty of money in society. It is just in the wrong hands. We need to end privatisations and defend our public services. We need to pay people decent wages and pensions, provide affordable homes for all and give our young people free education or training, and jobs at a living wage.

I am a socialist. I want to see a world without exploitation, without poverty or discrimination. I want to see an end to the grotesque inequality between the super-rich and the rest of us. That will require a fundamental change in the way that society is run.

I believe that to end austerity, we have to end the capitalist system that causes it. The bosses and bankers, those who own industry, continue to live in unimaginable luxury while making the working class pay for the economic crisis of their profit system.

This society is rich enough to provide for all. But a tiny minority own almost all of the wealth and all the means of producing it. We need a society in which the resources and wealth of society are owned in common by all, so that we can plan the economy democratically to meet the needs of everyone – not to make profit for the few – and protect our environment. I say put people before profit.

Join me in building a party that can help to make this happen.”

Nick is a member of Southwark Left Unity. He is a member of the TUSC national steering committee. He is also secretary of the Independent Socialist Network and an editor of the online magazine The Project – A Socialist Journal.

Nick works as a barrister, specialising in criminal defence and civil liberties cases. He has lived and been active as a socialist in the Camberwell and Peckham constituency for 35 years.

Nick was born in Manchester and grew up there. He is a founder-member of the fan-owned Football Club United of Manchester (FCUM).