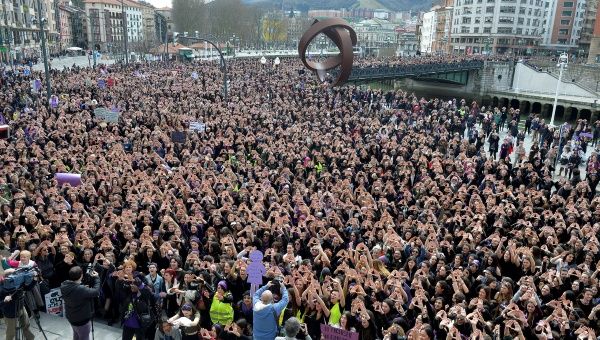 Felicity Dowling reports on the recent meeting of the European Left’s Executive Board.  The meeting took place in a building in Vienna which in the 1930s was a Jewish centre, providing a factory, soup kitchen and social centre. With the Anschluss, the centre became a refuge for those evicted from their homes. It is now once again a social centre. In the station there is a memorial to the British efforts to save children via the kindertransport. It is sad we can claim no such support for child migrants today.

This was one of the political organising meetings of the European Left Party with which Left Unity has observer status. We were present along with reps from parties from 28 other countries to discuss key issues, share news and plan future action. Most but not all of these parties have elected representatives in their national parliament and in the European Parliament.

Discussion included grim reports on the rise of the right, the collapse of the vote for social democratic parties (with the exception of Corbyn’s Labour, which is standing on a very different programme), re-armament, war, increasing poverty, attacks on women’s rights (as in Poland), and the impunity with which neo-liberal policies, privatisation, anti-migrant policies and reduction of services are being implemented. There was also an overview of the situation across Europe with reports from elections in different countries, including Turkey, where the HDF party recently held a congress in the shadow of tanks and repression. There was little to celebrate though there had been some progress.

There were several strands to the discussion;

Points from the discussion included:

Three different approaches to the EU were outlined:

The following statement was agreed:

“With a little over a year before the European Parliamentary elections the European Left aims to reaffirm its objective to achieve the unity of the left and progressive forces in Europe to defeat neoliberal policies.

Moreover, the left has to halt the rise of the right in Europe.

It is the task of the left to propose solutions. A social restart for the European Union can only succeed if the left unites. We either have to overcome our disputes and the dangers of division or the future of Europe and the EU will be decided without us. We can become stronger together or meaningless divided.

The European Left believes it is responsible to take this agenda forward on behalf of the people of Europe and in the spirit of the Marseille Forum. We invite all the left and progressive forces across Europe to take to work with us, in the short time available, on these aims in order to prepare for the European elections.”

There will be further discussion about common policies for the European Elections, to work out what demands can we raise despite our differences.

It is expected that these will include: an end to anti-austerity policies; a democratic Europe; to organise against right-wing policies; that people pay taxes where they make their money; to be a learning party and to organise amongst our youth; to unite to drive out fascism.

By early Autumn an agreed position will hopefully be developed to be used in some way by all European left parties in the European Elections in 2019 (where UK will not be represented as it coincides with the legal date of Brexit).

A second strand of work comes from the Marseille Forum. We appeal to left trade union, and progressive forces to join with us to oppose the rise of the right and to maintain political representation for those who oppose neo-liberalism and right wing nationalism and authoritarianism. The danger of a wipe out of social democratic parties in the European parliament elections is real

There was a difficult discussion on a resolution from the Parti de Gauche to expel Syriza from the European Left Party. The outcome was a unanimous decision not to agree expulsion. A comrade from Moldova described the problems they had when they were the only left government in Europe. It was interesting to hear the reforms that Syriza has managed to introduce like universal access to health care and some useful programmes for migrants and a kind of minimum income.

Nevertheless most people were concerned at how Syriza has implemented austerity, its links with Israel and more. It was agreed that this would be the subject of another more detailed discussion on the lessons of Greece.

The European Left Party is not a democratic centralist party but one that uses consensus to maintain its very valuable links. There are often disagreements about individual parties’ policies.

The Hungarian comrades described how in an attempt to defeat Orban, the reactionary ruler of Hungary, opposition parties agreed to work together. In response Orban has created many new parties; the nominating votes for these parties have been investigated and many come from the dead. We will share a more detailed report on this.

Spanish comrades gave a complex but inspiring report on building for – and taking part in – the strike of women. They also reported on plans for another such strike next year.

Future activities worthy of note are:

The Summer University of the European Left in Vienna in July (This is open to all and Left Unity has a hardship fund to help especially young members attend.)

The Second Political Forum of left, trade union and progressive forces, following Marseille, will be in Bilbao in November.

There are also working parties on peace, migration, women’s rights, and public service. The assembly and next Executive Board will be at the end of September.

28 March 2018
To submit an article for the 'Discussion & Debate' section of our website please email it to info@leftunity.org