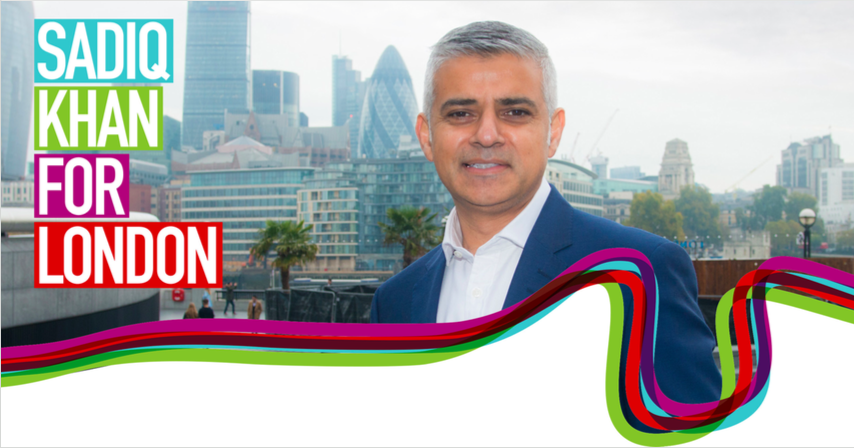 Left Unity welcomes the election of Sadiq Khan as the new Mayor of London. He won on a high turnout and by a large majority. He becomes the first Muslim Mayor of a major European city.  The Labour Party did well across the capital.

The substantial victory for the Labour Party in the London elections is a clear endorsement of the leadership of Jeremy Corbyn. The Labour leadership has confounded its critics as the Party has held its own across England; in Scotland, Labour’s dismal performance is clearly the result of the historic record and current policies of the Scottish Labour leadership rather than voter disapproval of Corbyn.

Sadiq Khan won despite the most despicable Conservative Party campaign of modern times. Based on racism and Islamophobia, it went way beyond the trademark ‘dog whistle’ campaigns of Tory election chief Lynton Crosby – it was openly racist and was recognised as such by the leader of the Tory group on the London Assembly. Some Tories were so appalled by the endless attempts to depict the Muslim community in general – and Sadiq Khan in particular – as extremists and fellow travellers of terrorism that they abandoned their party at the ballot box..

Moreover, the media together with the Tories and the right in the Labour Party whipped up a hysterical atmosphere over a manufactured crisis of anti-Semitism within the Labour Party, aimed at destabilising the Labour leadership and removing Jeremy Corbyn.

The election of Sadiq Khan shows that both the racist Mayoral campaign and the witch-hunt against the Corbyn leadership have failed.

“We welcome the election of Sadiq Khan as Mayor of London. This signifies a victory over an appalling Islamophobic and racist campaign by Zac Goldsmith and Lynton Crosby which even alienated other London Tories. This proves yet again that London is a tolerant and multiethnic city which will not be influenced by reactionary racist campaigns.

“Sadiq also stood on a clear programme of remaining in the EU and would have attracted the votes of many EU citizens living in London. We hope that this indicates the willingness of Londoners to vote to remain in the EU on June 23rd in the face of what will be another racist and xenophobic campaign.

“The Labour victory also represents a further vote of confidence by the people of London in the policies being pursued by Jeremy Corbyn, policies which we strongly support, including the withdrawal of the Trident nuclear weapons programme.”