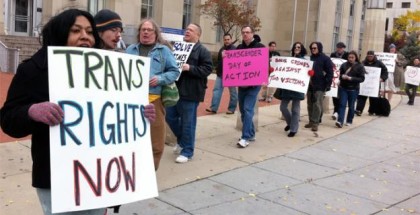 The LGBTQ movement is an essential part of any liberation struggle. Together with the feminist, Black and Minority Ethnic and disability movements, it must be integral to any new radical and socialist party.

The LGBTQ community has regularly been involved in the struggle against capitalist and patriarchal structures from the Stonewall riot in the 60s to the campaign against Section 28 in the UK. The fight for proper treatment of those with HIV led by Act Up in the US and the Treatment Action Committee in South Africa as an integral part of the LGBTQ movement has also been an important contribution.

Recent material from UNITE , UNISON and the TUC have demonstrated how the LGBTQ community in Britain has been affected by the cuts and the austerity agenda. Many young LGBTQ people still have to leave home because of homophobia or transphobia,   are increasingly homeless and jobless, subject to this government’s relentless attacks on the poor and the young. And increasingly the HIV support networks and treatment centres which many gay men in particular depend on, are being removed by the systematic dismantling of the NHS.  Hate crime against LGBTQ people is still commonplace in our society. 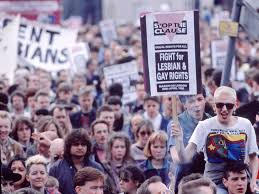 Left Unity must be a voice against all aspects of prejudice against LGBTQ people, which despite recent legal improvements, is still rampant and institutionalised in this capitalist society.

We will mobilise the LGBTQ community to demonstrate that their interests and those of Left Unity coincide. We also believe that we have the right to self organised groups, as stated in our constitution, and we are therefore forming an LGBTQ caucus in the party. We will play a full role in the party structures and to ensure that homophobia biphobia and transphobia  have no place in this new and radical party. 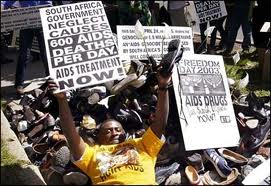 To join the caucus, send an email to leftunitylgbtq@gmail.com