Labour does not deserve our unwavering loyalty 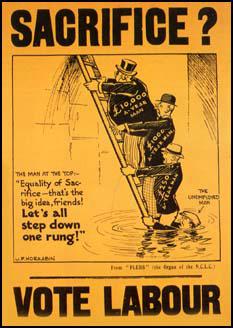 The cause of left unity in the face of an all-out assault on the working class by this Conservative government has never been more necessary nor more urgent, says Salman Shaheen.

But if Left Unity passes its first hurdle, bringing together the myriad squabbling clans who can sometimes seem to spend as much time attacking each other as they do their common enemy, then a much bigger hurdle awaits: Labour.

Even if we can put aside our own sectarian differences, there are those socialists in Labour who will see our movement itself as sectarian.

Before long we will run into the age-old argument that essentially boils down – paraphrasing The Thick of It – to our position in relation to the tent and which direction we’re pissing in.

There are those on the Labour left who’ll tell us that socialists should remain in Labour because the party is historically linked to the labour movement and is thus the site of working class universalism. They will say that New Labour is a passing storm that the left must weather by holding firm on deck, not jumping ship.

This is a very old idea, which no doubt many projects to establish a left of Labour party have faced over the years, and it’s one that has never failed to leave me feeling cold.

I simply cannot accept that because the Labour party was once the locus for progressive working class political activity that it should always be and will always be, irrespective of its current leadership and its present policies. That is the political equivalent of Creationism. It relies on nothing more than blind faith. Not least the faith that New Labour – a neoliberal, neoconservative, repressive war machine that, by gutting the Labour movement and accepting the basic tenets of Thatcherism has done far more damage to the country and the world than the Iron Lady ever could –  is simply a transient storm.

It’s been here for the best part of two decades and will remain for the forseeable future. No doubt Ed Miliband is an improvement on Blair. His denunciation of the Iraq War goes some way to atoning for the sins his Parliamentary party committed, and I have been impressed by his call to reinstate the 10p tax rate funded by a mansion tax. Such moves suggest the very first rumblings of Labour looking to its roots.

But despite the principled stance of some decent Labour MPs – and there are a number who deserve the left’s vote – Labour’s workfare betrayal proves that the fight against austerity cannot be left to Miliband. Nor should his party expect unwavering loyalty from the left simply because it is slightly better than the Tories, or from the working class simply because it has been ever thus.

It is precisely this kind of faith-based thinking which will continue the New Labour project long after Blair and Brown have faded to a dim, uncomfortable and embarrassing memory. New Labour is not a transient thorn. Its intelligent, educated and very bourgeois architects made a calculated, and very correct, decision that they can afford a sharp swing to the middle ground because whatever they do, their core support of left-wing voters will back them come what may. As long as they believe they can get away with that, New Labour will remain entrenched and the British working class will find nothing more than a few empty platitudes.

Parties cannot just be viewed in terms of their history. A week’s a long time in politics and a decade’s even longer. We have to look at their policies here and now and make informed decisions about the change they are likely to bring. Otherwise we’re betraying our own principles, all in the name of some ideological commitment to a homogeneous, united, organised, class-conscious Labour party of the last century that thanks to Thatcher, Major, Blair and Brown, no longer exists.

Of course the left in Labour should be supported, and I wish them well in their quest to reclaim their party. But the best way to do that is to show the Labour leadership that it cannot depend on the unwavering loyalty of the working classes no matter how many times it betrays them, how many neoconservative wars it backs, or neoliberal cuts it supinely acquiesces to.

The time for a new party of the left is now.

4 responses to “Labour does not deserve our unwavering loyalty”