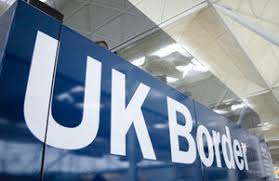 “The confusion and abject failure of the Labour Party in opposing the Immigration Bill is a disgrace and indicates a real failure on the part of Labour to support EU citizens living here who are already victims of the hostile environment culture,” says Left Unity Principal Speaker, Joseph Healy.

“Furthermore the Bill, by removing freedom of movement, one of the cornerstones of any progressive policy on migration, toys with the fantasy of Fortress Britain, with its drawbridge firmly shut. Labour should have opposed this Bill tooth and nail and indicated its support both for the rights of young people in this country to free movement, the rights of EU citizens living here and an open and progressive policy on migration. By first instructing its MPs to abstain and then later only imposing a one line whip it has responded to the worst instincts of some of its MPs and the Lexiteer faction in the party.

“Left Unity calls for the continuation and defence of the right to free movement of all in the UK and for the protection of the rights of EU citizens living here. We will continue to resist the hostile environment created by this government both legislatively and in the streets where Brexit has led to an explosion of hate crime and xenophobia.”