Bob Whitehead reports on a protest in the city in support of the people of Greece. 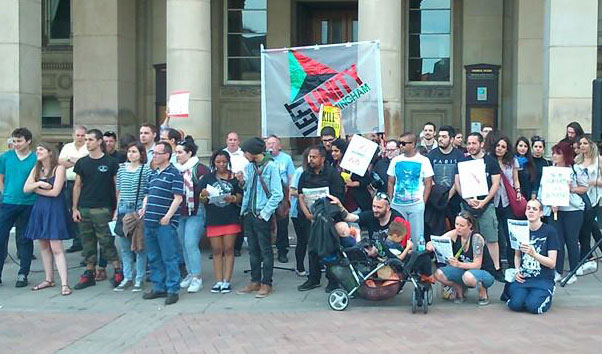 A spontaneous protest was organised in Birmingham City Centre on Monday, in response to the appeals for solidarity by the Greek government, the international left and the Greece Solidarity Campaign, against the failed and destructive proposals of the Troika.

Around 100 people attended the solidarity rally, including local Greeks. The protest was initiated by members of Birmingham Left Unity and supported by other sympathetic groups and individuals.

A variety of speakers supported the demand for no to austerity for Greece. Calls were also made for a cancellation of the debt. And the struggle in Greece was linked to the struggle against austerity in the UK and across Europe.