78 residents in four of Labour controlled Rhondda Cynon Taf (RCT) 11 council residential care homes have effectively been given notice that their homes are closing and current care arrangements are ending. The proposed closures were agreed at an RCT cabinet meeting early in September. The proposals are out for consultation but RCT has so far rejected all the campaign representations that have been put to them over the proposed cuts.

Adding to the distress that residents and their families will now face, the RCT cabinet decided that instead of all current residents being offered a transfer to other council residential care homes, they will face a reassessment of their needs, which could result in being allocated to private care, extra care sheltered housing or ‘other community based provision’. This is the worst possible way of treating people which in other similar cases have resulted in life threatening situations. 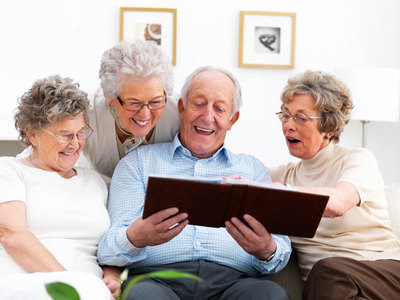 As Left Unity locally we have been providing research and other support to the local campaign called SCHAC – save care homes and daycare in RCT. Despite RCT describing the closures as a ‘modernisation’ our research for the campaign using FoI requests, has revealed that if the homes close the council will make annual revenue budget ‘savings’ of £2m. Not far off the ‘overspend’ of £2.2m in RCT adult social care reported to the Cabinet in November 2018.

The closures are an austerity cut and not a modernisation.

RCT argue that a wider range of choice for adults that need care will be made available, reducing the demand for residential care. The SCHAC campaign supports all these steps to provide domiciled care and independent living, but that they are not alternatives to residential care when it is needed. We have revealed that locally the “population of over 65’s was expected to grow by 30.4% by 2025; that of over 80’s by 71.3%; those over 75 with dementia by 61% and 44.5% aged over 75 live alone thus requiring residential or other forms of care as they get older.” https://schac-rct.blogspot.com/2019/07/briefing-paper-no-3-demand-for.html At the very minimum these pressures will result in demand remaining stable and more likely to increase, but certainly not decrease. For us in the campaign residential care is not a measure of last resort but a way of extending people’s lives and the quality of that life, as many supporters of the campaign testify from their own experience.

RCT in its initial consultation proposals in January 2019 admitted that “This demographic change will result in increased demand on social care and health services, at a time of increasing budget pressures and constraints. As a result, the council will need to deliver care services more efficiently to maximise the benefits and manage cost pressures.” However to admit that it was implementing austerity cuts passed down from the Tory government via the Welsh Government would mean being open and honest about fighting back and justifying that the ‘dented shield’ is not working. So instead have had to resort to inadequately defending ‘modernisation’ with alternatives that we have helped take apart one by one.

– Separating complex care from standard care is acceptable – no, arbitrary and potentially discriminatory

– Demand for residential care is falling – no, you’ve fixed the figures

– Consulted adequately – no, prejudged the outcome and refused to talk about austerity and cuts

Putting all this together has been the outcome of a lot of ‘campaigning desk work’ but it has been key to providing a firm foundation to the SCHAC campaign, widening support, presenting our case to the media and the public, assembly members, MPs, councillors. It has provided the basis of the SCHAC petition which now has about 1,500 signatures. The SCHAC campaign works through open meetings at least fortnightly and an e-mail discussion list. All the campaign documents, letters, meeting reports are all in the pubic domain through our website / weblog and here on our Facebook group.

Where is the campaign now? Well it is moving in two directions. First, arguing that there should be no closures and all homes must stay open at the next stage of consultation leading up to the RCT cabinet meeting in January 2020. Attending the consultations, public meetings, organising demonstrations and lobbies, working with local councillors who support us and increasingly giving a voice to residents and families having to try to cope with the cruel situation they find themselves in. Second moving to the all Wales level, working with other groups fighting to defend adult social care across the country but also engaging with funding and adult social care policy with AMs and ministers where they are also starting to repeat the ‘not austerity, honest guv’ type arguments we’ve had at RCT council level. Many thanks to Leanne Wood AM for raising the matter in the Senedd, helping us to stop the cuts at this level.

Can we win? Well we are going to give it a try. As Left Unity Wales we are absolutely clear that the buck of ‘bailing out the banks’ austerity cuts gets passed down the line from the Tory government, to the Welsh Government and then to councils, who have then passed it on to the 78 residents facing the loss of the homes and care: this is cruel, unjust and collectively we can say no. We publicly ask those left Labour members in RCT who supported the ‘modernisation’ arguments to think again, look at the consequences and the evidence. We publicly ask the local and Welsh trade union leaders that have been slow to support the SCHAC campaign to come on board now the intentions are clear. We publicly ask RCT councillors who have not supported us to look again at the consequences of their decisions and refuse to make the cuts and for AMs, MPs and Welsh ministers who have not supported us to do the same: they will have plenty of opportunity as they are going to hear from the SCHAC campaign again and again!

6 October 2019
To submit an article for the 'Discussion & Debate' section of our website please email it to info@leftunity.org