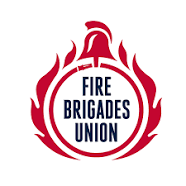 Fire and rescue service personnel must receive priority testing and vaccination for coronavirus, the Fire Brigades Union (FBU) has said after some brigades reported losing hundreds of staff to self-isolation.

In a letter to ministers in Westminster and the devolved administrations in Scotland, Wales and Northern Ireland, the FBU has said that without testing, firefighters and control staff could be self-isolating unnecessarily, when they could be on hand to protect the public.

The union also says that testing could help reduce the risk of frontline staff transmitting the infection to vulnerable members of the public.

Fire and rescue services across the UK are operating with 11,500 fewer firefighters than in 2010, and, unless services are able to test their employees, they could face dangerous shortages.

“In this time of national crisis, every emergency service worker has an important role to play. The NHS is an obvious priority, but any testing regime needs to address all key public services.

“Without proper testing, the number of fire and rescue personnel available could drop to dangerously low levels. Fires and other non-virus related emergency incidents won’t wait for this crisis to subside and ministers need to consider that carefully.

“It is vital for public safety that firefighters and control staff, like their colleagues in the NHS, receive priority testing and, once available, vaccination.

“We’re pushing for measures to limit our members’ exposure to the virus, but some interaction with the public cannot be avoided and ministers need to manage that risk.”

While the FBU has called for firefighters to cease all non-essential, non-emergency interactions with the public, they will continue to come into contact in emergency situations, placing them at greater risk of infection.

Emergency fire control staff handle 999 calls and provide vital fire survival guidance for areas of up to 5 million people from a single room. Should one member of staff contract the virus, the emergency call infrastructure for an entire region could be at risk.