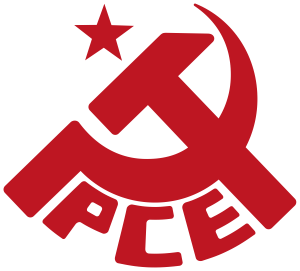 Statement from the Communist Party of Spain (PCE) on the coronavirus pandemic. The PCE participates in the government of Spain.

1. We call on the entire population to strictly follow the instructions of the health and government authorities. Serenity, responsibility and solidarity in the face of difficulties.

We underline the irresponsibility that comes from acts of hoarding, improper use of health or social services, and spread of fake news and information without an official source.

2. Regarding the economic and social consequences of the pandemic, we support all the measures adopted by the Government to protect our people at a social and economic level, especially the most underprivileged sectors that will suffer the most from the economic emergency.

3. The PCE will suggest to the Government of Spain all the measures it deems necessary at each stage to further protect the working class and popular sectors. We remain at the disposal of social organizations and initiatives that want to send us suggestions for that purpose.

4. We appreciate the measures adopted by the government to reinforce the public health care system and support the Autonomous Communities in its management. There are highly important measures to support families and working people, especially the reinforcement of scholarships for soup kitchen for children in the event of school closures, as well as access to temporary disability as a form of sick leave for those who have to remain quarantined or have already been infected by the virus. We also support protection and solidarity measures with small and medium-sized companies, as well as self-employed workers, in order to keep a maximum productive activity and preserve jobs. The PCE will work so that all working people affected by collective dismissal proceedings, whether permanent or temporary, receive the financial benefits they need to compensate for losses or wage cuts until they can fully recover their job.

4. The PCE shows all its support to the staff working in the health care system, in social services, or in key infrastructures and civil protection. We ask all public administrations to prioritize their reinforcement at this time, when we see the importance of a quality public sector with an adequate budget, duly strengthened by public sector advocacy policies. We call on all the authorities at the Autonomous Communities to immediately subordinate the private health care sector means to the needs of the public healthcare system, while adopting the necessary intervention measures so that the private sector does not speculate or do business with the health of the people that live in Spain.

We reiterate our conviction in the need to adopt effective measures of “subordination of the entire wealth of the country in its different forms, irrespective of its ownership” to the general interest, as established by Article 128 of the Spanish Constitution. We will also argue that, as soon as the current health care crisis comes to an end, forceful measures are adopted to make it happen.

5. At the PCE, an organization that is always at the service of the working class throughout our country, we make our organizational resources, our comrades and our headquarters available to health and social authorities, as well as to social organizations that serve the socially vulnerable or unprotected population. This is all in accordance with the political considerations established by the relevant executive committees.

We make a special appeal to cooperate with the popular solidarity networks that operate in our areas, to provide the support they need to carry out their task of social and political solidarity. We offer all the collaboration we can to the civil protection and health care staff and authorities, to help them duly fulfill their task if necessary.

6. We appreciate the fact that the government has established a forecast of the measures that should be adopted in the event of a prolonged health emergency, such as the limitation of public transport or the partial or total closure of certain geographic areas. This has been done previously and with good results in countries that have suffered or are suffering more intensely the hit of the current pandemic.

We support all the measures that seek to stop the spread of the virus with the aim of preventing the collapse of the health care system and the damaging economic and social impact of a pandemic. We are aware that the greatest difficulties are found in the areas where social cutbacks and onslaughts on the public sector through privatizations were most severe.

7. We reject the opportunistic suggestions of the neoliberal and right-wing sectors, who have wasted no time in requesting tax reductions, ignoring that the Spanish tax system is progressive according to the income received from work, business or capital performance–which means that the amount of taxes one must pay depends on the amount of income or benefits. Solidarity forces the state to increase the collection capacity at this time among the most economically powerful sectors, which have the biggest financial capability. The consequences of this crisis cannot rest on the shoulders of the working classes.

We call on all political forces to act with responsibility and patriotism, putting the general and collective interest before the private interests, and supporting the necessary General State Budget that needs to be as expansive as possible, even exceeding the current limit to government deficit in view of the economic and social emergency we are facing.

8. The PCE will work together with Izquierda Unida so that Unidas Podemos becomes a key tool to guarantee the proper functioning of public institutions and administrations, despite the exceptional situation we are going through. We are committed to guaranteeing the full enjoyment of civil, political, economic and social rights for all our people.