Children on the front line 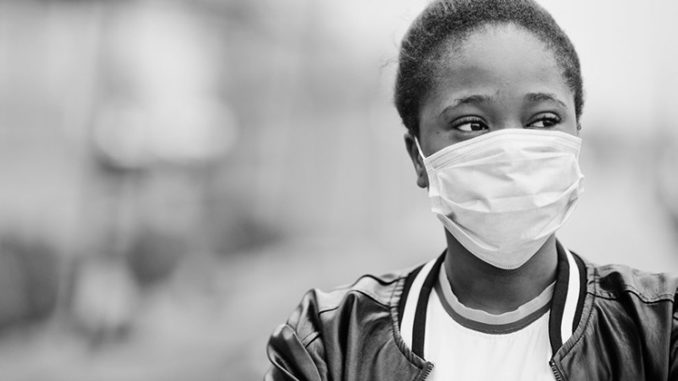 John Puntis, Co-Chair of Keep Our NHS Public, writes: Charging those with uncertain immigration status for NHS services was introduced as part of Theresa May’s ‘hostile environment’. Non-payment of bills can result in being reported to the Home Office and used as a reason for not being granted settled status. This system remains in place during the Covid-19 pandemic, actively discouraging health care seeking with the accompanying threat of immigration enforcement. Around 618,000 people are living in the UK but without the documentation to prove a regular immigration status, and 144,000 of them are children, half having been born here. The legislation on charging introduced by the government under the spurious pretext of targeting ‘health tourism’ represented an unprecedented departure from the founding principles of the NHS and among other consequences undermines child health (1).

On a global scale, 68.5 million people were forcibly displaced from their homes because of conflict, persecution, natural disasters and famine by the end of 2017, and continues to rise. Children make up over half the world’s refugees and, like other asylum seekers and undocumented migrants, they are exposed to multiple risk factors for poor physical and mental health throughout their migration experience. NHS charging regulations fatally undermine the Government’s stated commitments to child health as well as obligations to children under the United Nations Convention on the Rights of the Child (Article 24), and also contradict recommendations outlined in the UN Global Compact for Migration, signed by the UK in 2018.

In a paper written to support those campaigning against the hostile environment in the NHS, Medact argues that the health system functions as a foundation for societal wellbeing and a platform for the expression of ethical behaviour. The NHS was founded on the principle of treating everyone in the country regardless of status, wealth or origin. The idea that people can be either eligible or ineligible to access care contradicts the central reasoning behind collective provision in which pooling finances through general taxation shares risk and ensures equity in healthcare for all. This is brought into sharp focus by the current challenge set by coronavirus.

The Government argues that services for treatment of infectious diseases, including the tests required to diagnose them, are in fact exempt from charges. But people present worried about symptoms not with a ‘diagnosis’. This means that for many, fear of incurring charges will still prevent them from seeking care for themselves or their children. As we move once again towards long overdue contact tracing as a crucial element in disease containment, it has been pointed out that for this to be viable, all sections of the community must be willing to be contacted by the NHS or public health staff. Unlike the UK, the Irish government has declared that all people—documented or undocumented—can now access healthcare and social services without fear. Undocumented immigrants and asylum seekers in Portugal have been granted the same rights as residents, including access to medical care, and in South Korea they can be tested without risk of deportation. Once again it appears that public schoolboy concepts of British ‘exceptionalism’ are facilitating racism and inequity with negative effects on the entire population.

Long before the Covid-19 pandemic, the Faculty of Public Health (FPH) had raised concerns about the potential for under-diagnosis and under-treatment of infectious diseases arising from the charging policy. Medact called on care providers to undertake detailed research into the impact of both charging and identity checks on patients’ health and on a hospital’s ability to meet its equality duty, and other legal obligations including professional duties of care that staff have towards their patients. They also called upon the Department of Health and Social Care (DHSC) to commission a full independent inquiry into the impact of the Regulations on individual and public health; and publish their own internal review of the 2017 Charging. Unfortunately these things have not happened, although members of Medact in conjunction with paediatrician colleagues have themselves recently published a revealing investigation into attitudes towards and understanding of UK healthcare charging among members of the Royal College of Paediatrics and Child Health (RCPCH).

From 200 responses by healthcare staff, it was evidence that there was a lack of understanding of current NHS charging regulations and their intended application, with 94% saying they were not confident about which health conditions are exempt from charging regulations and one third reporting examples of how the charging regulations have negatively impacted upon patient care. The survey identified 18 cases of migrants being deterred from accessing healthcare, 11 cases of healthcare being delayed or denied outright, and 12 cases of delay in accessing care leading to worse health outcomes, including two intrauterine deaths. The authors of the study concluded that NHS charging regulations are having direct and indirect impacts on migrant children and pregnant women, with evidence of a broad range of harms. Additionally, that they are unworkable and are having a detrimental impact on the wider health system, as well as conflicting with its staff’s professional and ethical responsibilities.

“This policy has, sadly, placed vulnerable groups at risk of worsened health outcomes as they choose to delay or deter seeking treatment.”

On a broader front, the Institute of Race Relations has publicised how the appallingly overcrowded and unhygienic housing offered to some asylum seekers and their young children is putting them at increased risk of Covid-19 infection. Sixty cross-party MPs have now written to the health secretary, Matt Hancock, calling for the suspension of charging for migrants and all associated data-sharing and immigration checks, which they say are undermining the government’s efforts to respond to the pandemic.

We endorse these calls and insist that these demands are implemented with immediate effect.