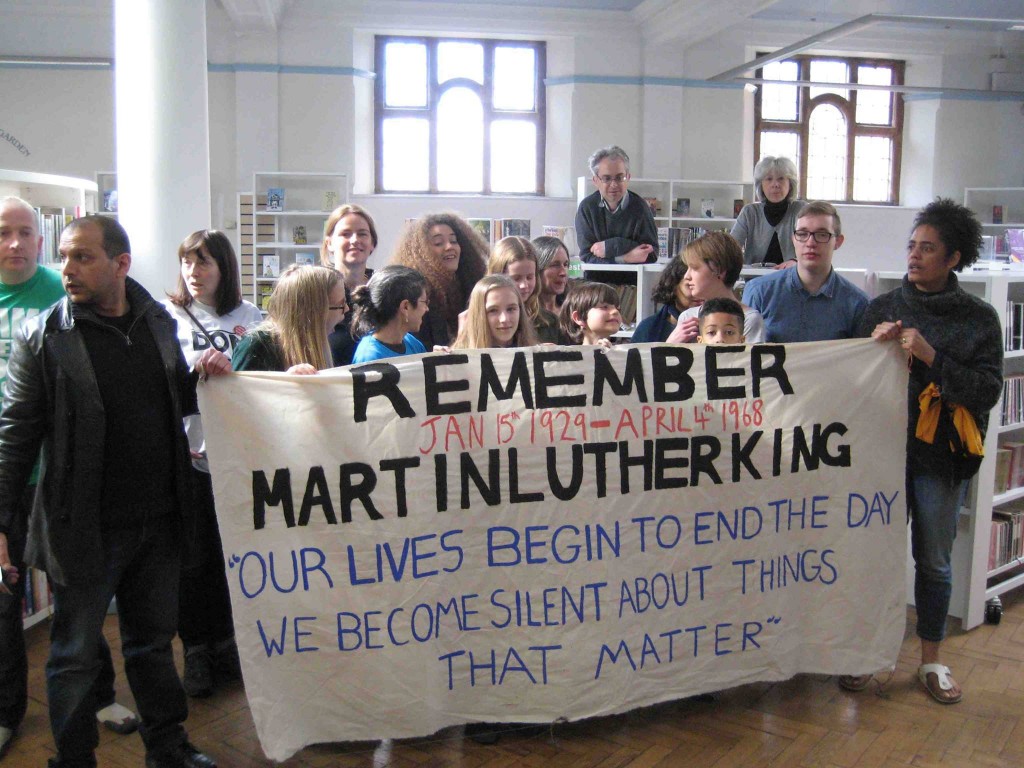 Stuart King gives us a first hand account of the on-going occupation of the Carnegie library in Lambeth. The local council want ot close the library and re-open it with a private gym.

DAY 3  – SATURDAY
The occupation gives an interview with London Live TV at 9.00am. We got a mention in the Bookseller. There is also a very good and substantial  article on the occupation in the Weekend Financial Times.

Yesterday the council tightened security stopping people coming back in if they left. The press have been barred as well.  Although this another council  own goal as the ITV News filmed through the gated bars and the kids sang “We shall not be moved” for the cameras. Jim Dixon councillor on canvass at 10.30am joined by dozens of library supporters giving out leaflets against council policy. Big demo outside at 3.00pm.

Sunday morning outside at Herne Hill Market several supporters gave out leaflets urging people to contact their councillors. Great support from local small businesses, who have sent in food and gifts. Here the day before Jim Dixon councillor ran away from his canvassing as many Library supporters turned up!

Monday morning 3 artists who rent desks upstairs turned up for work only to be refused entry – on Thurs/Friday we had let them in to work but now security turned them away. The police were called and a compromise reached they could collect there immediate needs – but the Council Resilience jobsworth insisted they could only go up singly accompanied by a police sergeant! We recently hear a divisional police meeting has downgraded us from a “silver threat” to below bronze – should we be pleased?

Monday afternoon the Possession Order arrived but as they only had eight copies they posted one on the outside of the bars. There the regular lobby could read that the council thinks “the demonstrations have been largely peaceful but it is of concern that these may gradually get larger and potentially controversial and out of control”. The judge is down to give a possession order on Saturday am based on such accurate reports. Monday is also martin Luther King day so we make a banner for outside.

Local politicians continue to visit but not one from the local Labour party. The Green candidate in the GLA for Lambeth and Southwark gives a speech to the lobby and even a Lambeth Tory councillor turns up.

Advised to come in round the side and speak to his constituents, he asks to go in but it’s not allowed [‘computer says no’] – the Resilience directorate of the council have posted 8 security guards around the occupation who are forbidding anybody to enter the library – even local councillors.   Resilience is a council body established to deal with nuclear war and other such crises in the borough but now it has a new role – getting the occupation closed.

The children have a philosophy lesson at the front entrance but prefer the cakes, the chess club with nowhere to meet plays on the steps, a meeting about something, songs at the bars and a younger film maker gets to grips with her super modern equipment. Occupation still going strong. 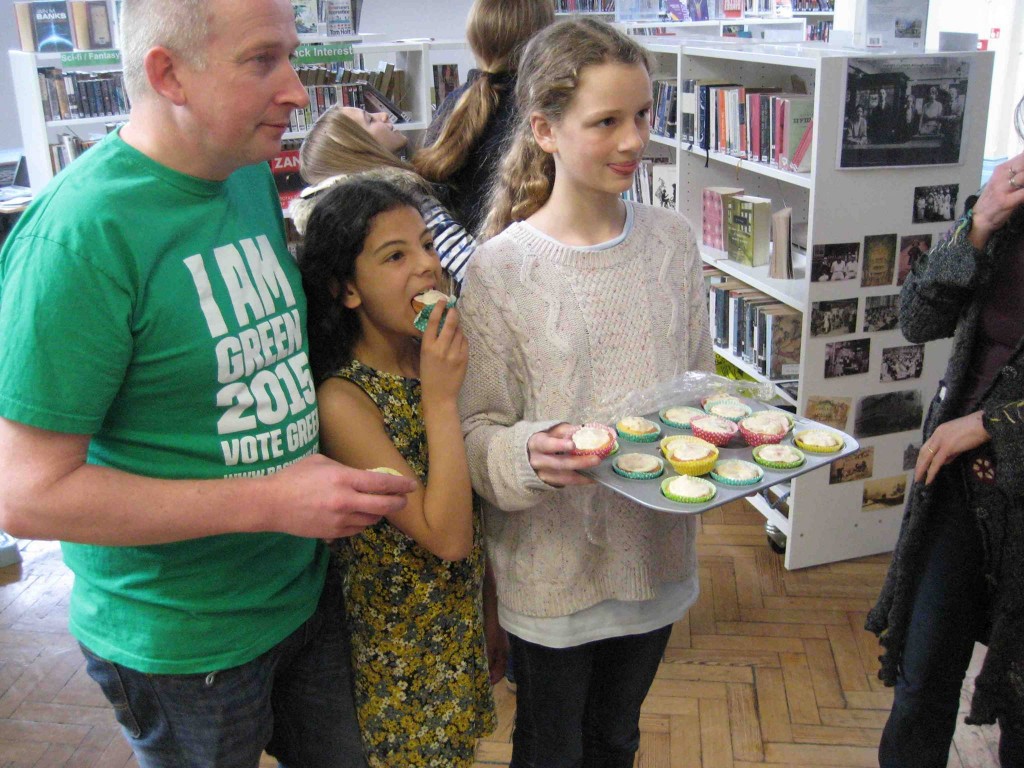