In 12 weeks on 29 March 2019 the UK will leave the EU unless the article 50 notice is withdrawn or delayed, writes Len Arthur. Any transitional agreements with the EU will only deal with what happens after we leave, not stopping the process.

Despite the difficult Parliamentary arithmetic we believe the Labour Party should now be giving a principled lead to remain and defend freedom of movement. We think that the process by which this is attempted – through a vote of confidence and a general election or a through a referendum with remain as an option is not the priority – the principle is. 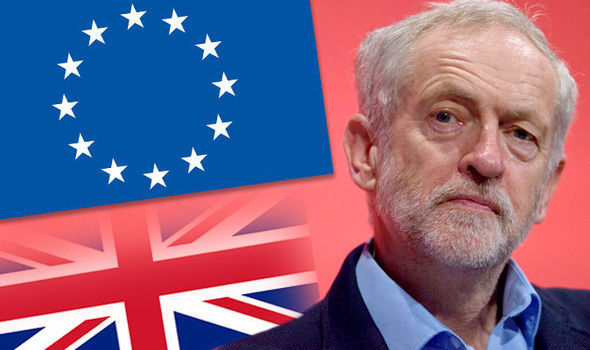 Left Unity agrees with the socialist critiques of the EU but believes the possibility of international worker unity together with the democracy of the European Parliament provide the basis of seeing the EU as a ‘terrain of struggle’ where a ‘remain and reform’ agenda tackling these problems amounts to, in the words of Jeremy Corbyn, “… a strong socialist case for staying in the European Union. Just as there is also a powerful socialist case for reform and progressive change in Europe.” This is why we are members of the Party of the European Left, of Another Europe is Possible and are in support of the No Pasaran international conference on fighting the right in London on 2 March.

We do not support the business as usual position of the People’s Vote campaign and believe that only a commitment to such a socialist case for Europe will win a remain vote or remain policy in a Labour manifesto.

It is now time to move beyond the staged approach of the 2018 Labour Party conference resolution and prioritise remain on this basis. It is the only way to mobilise electoral and active support and put clear red water between Labour and the Tories. Accommodating to popular support for Brexit in leave voting constituencies would be a massive mistake. A “People’s Brexit” or “Jobs first Brexit” is not possible. Protectionist economic nationalism and immigration controls would only boost the reactionary forces driving Brexit.

Let us be clear, the global system of capitalism has resulted in a concentration of wealth and power. Oxfam reported early in 2017 that the eight richest people in the world now own more than the 50% poorest, who total 3.6 billion.

This is not some accident. It derives directly from capitalist exploitation: controlling production for the expansion of profit and accumulation. Only those who own the wealth fully benefit, instead of it being used to protect and enrich the lives of all; tackling the basic needs of people and ensuring the survival of the planet.

The concentration of ownership and power must be challenged. As radical socialists we argue for taking democratic control by the people as a whole of that wealth and the processes of creating it. Our Left Unity Manifesto clearly states:

“Left Unity stands for equality and justice. It is socialist, feminist, environmentalist, anti-racist and against all forms of discrimination. We are socialist because our aim is to end capitalism. We will pursue a society where the meeting of human needs is paramount, not one which is driven by the quest for private profit and the enrichment of a few. We are in favour of a radical system where democratic control extends across the economy. The natural wealth, and the means of production, distribution and exchange should be owned in common and democratically run by and for the people as a whole, rather than being owned and controlled by a small minority to enrich themselves.”

Left Unity is clear that we have to challenge capitalism internationally. The consequences of inequality, lack of power, exploitation and global warming are experienced by workers around the world and it is the potential of working class unity that is the only force that can mount a real challenge. There is no national solution, only one based on class. Socialism in one country is not possible. Building internationally, both politically and in action, has to be taken at every opportunity.

There is an opportunity for us to break out of the straight-jacket of the UK nationalist narrative, appealing to UK and EU workers to reject the neoliberal, anti-social trends of the EU and lead pressure for radical change across the EU. Such an example would also reach out to workers around the world.

Whether the Labour Party takes this radical step or not, Left Unity will continue to pursue a radical socialist strategy for Europe based upon the decisions of the Party of the European Left at its December 2016 Berlin congress which include:

1. Retention for all of European Citizenship and with it freedom of movement as a human right.

2. A renegotiation of the Lisbon Treaty to re-found the European project on social and environmental values not those of capital and for these to be enshrined in the European Charter of Fundamental Rights.

3. Place elected representatives at the centre of the EU giving power to the European Parliament to initiate legislation, hold the Commission to account and have a final say over the recommendations of the ECB and the council of ministers whilst recognising the political and economic sovereignty of the member states.

4. A radical shift in economic priorities and an immediate debt write off for Greece and for countries under control of the Troika.

6. Reclaim control of the banks and money.

8. For a Europe of equal rights and the end of oppression.

9. Europe of peace, security and refuge.

If you agree join or work with us to take these demands forward.

14 January 2019
To submit an article for the 'Discussion & Debate' section of our website please email it to info@leftunity.org

One response to “Brexit: Corbyn needs to take an international lead”