Left Unity is very pleased to publish this report from Bianca Ali, a core member of BLM Cardiff&Vale, about the Justice Now demonstration that took place in Cardiff on September 5th. Bianca and other BLM activists will also be helping prepare the No Pasaran conference which will take place in Berlin next March.

September 5th 2020 was a powerful and unforgettable day, Black Lives Matter Cardiff&Vale and the community united and marched the streets of Cardiff alongside Extinction Rebellion and 20 other movements having the same goal in common – to demand JUSTICE NOW!

The aim of the new Justice Now coalition is to merge all the different campaigns and causes together, as they are all inherently linked and inseparable from one another. From black trans lives, to climate refugees, to Yemen, Palestine and austerity causing a mental health crisis and mass homelessness, all of the oppressions we campaign against are linked. In forming this coalition, we are showing solidarity with each other. The world only works for the 1%, and together we can imagine a better, fairer, more just world. As Malcolm X said, we’re not outnumbered, we’re out organized. 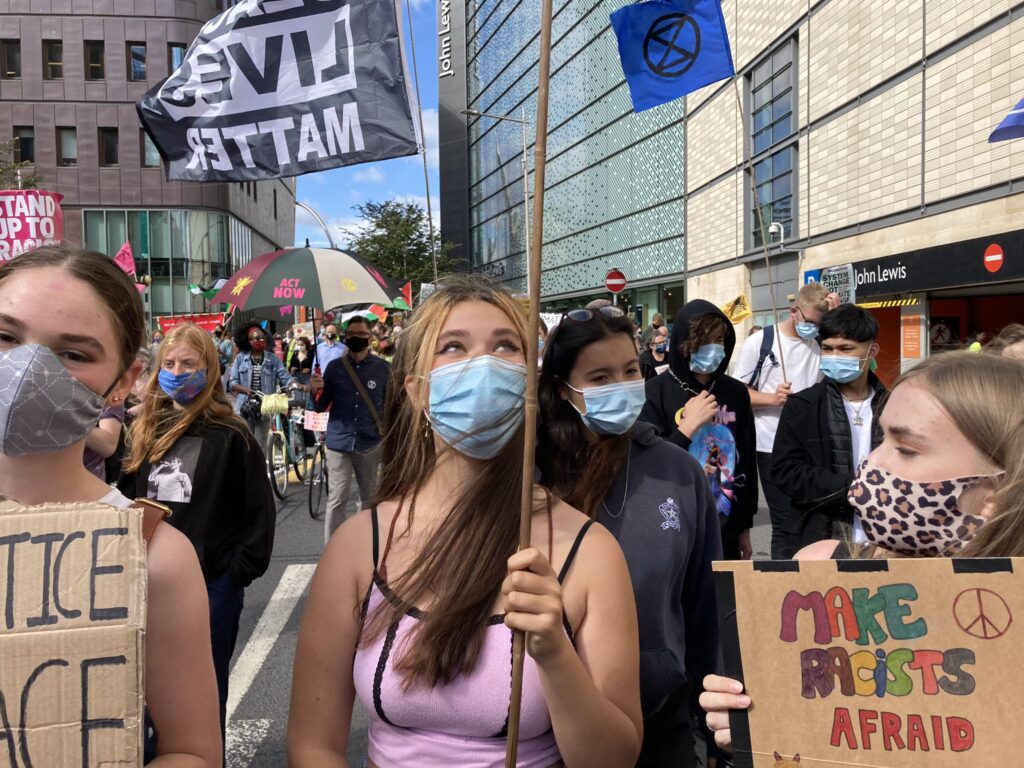 The reason for us marching to the Senedd, is that it is the symbol of Welsh political power. Political power that should be used, for instance, to pressure Westminster to change their racist and brutal Home Office policies. And it was with that logic that we first marched to the Home Office on Newport Road to demand justice for every refugee who have lost their lives fighting for a better one. Fleeing homes that are no longer safe to end up in poverty here in the 5th richest country in the world.

Elbashir Idris spoke at the Home Office, about climate change causing famine in countries like Sudan, which then cause conflict and refugees leaving their lives and homes behind.

Once we arrived at the Senedd, each speaker spoke of our demands for racial justice, climate justice, trans rights, housing justice, amongst many others.

We also heard from Cammilla Mngaza from the Free Siyanda campaign talking about how her daughter has suffered racial and physical abuse from the public and systemic racism from Dyfed Powys Police.

We heard from Hilary Brown from the Justice for Christopher Kapessa Campaign talking about how racial abuse led to his death. Also how systemic racism has allowed his killer to walk free as it is not in the public interest to prosecute. 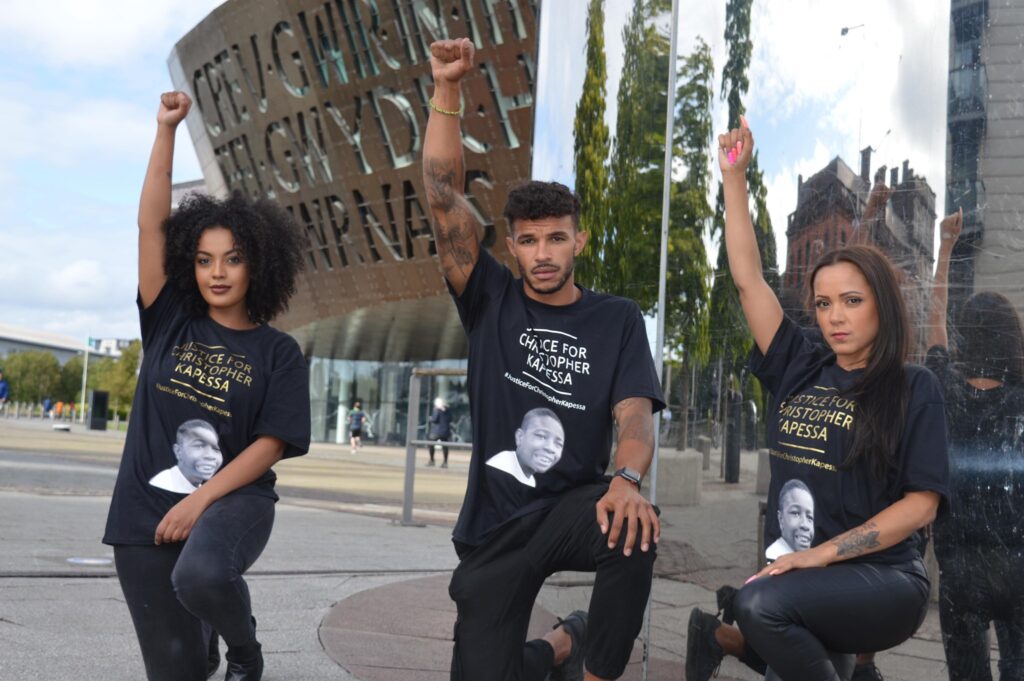 NHS nurse called Andy, spoke about health inequality impacting Black people and the need for pay justice in the NHS.

It was definitely a historic day in Cardiff with around over 1,000 people joining us on the march and Black Lives Matter C&V are looking forward to working with each of these movements again later in the future.