XR: Acting to achieve the Impossible! 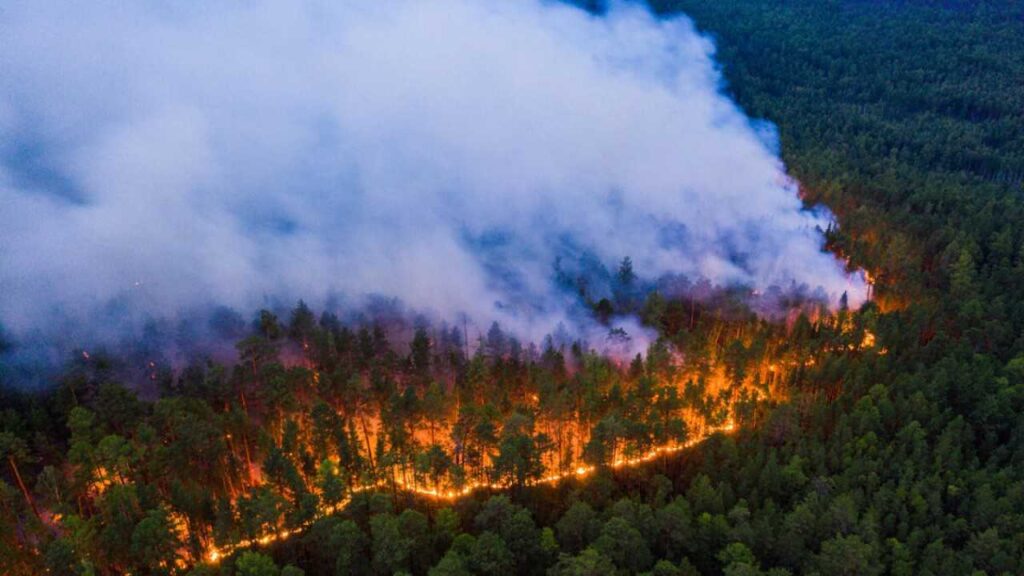 Siberia – though not yet the whole world – is now on fire, following an “unprecedented heatwave”

Allan Todd writes: A short while ago, a discussion article on Left Unity’s website – Summer of Rebellion – drew attention to the extreme record-breaking temperatures in Canada, Siberia, the Middle East and Pakistan. It also highlighted how the dirty energy companies, like ExxonMobil, continue to weaken or block effective action on greenhouse gas (GHG) emissions; and how this Tory government continues to fail to take any real measures to cut carbon emissions or move towards clean renewable energy projects.

From bad to worse

Since then, the ever-worsening Climate Crisis has dramatically moved on – as Labour PM Harold Wilson said in 1964: “A week is a long time in politics.”

The past two weeks have seen devastating floods with significant loss of life in Germany, Belgium, the Netherlands, Luxembourg, India and China; plus flash-floods in London and New York. 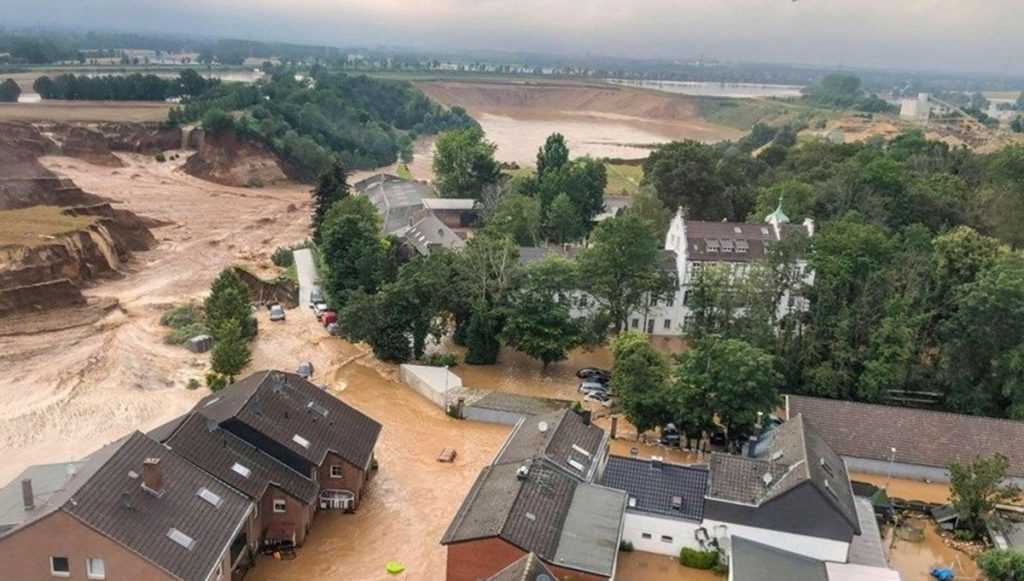 The deadly floods in Germany: so far, 183 have drowned in Germany and Belgium 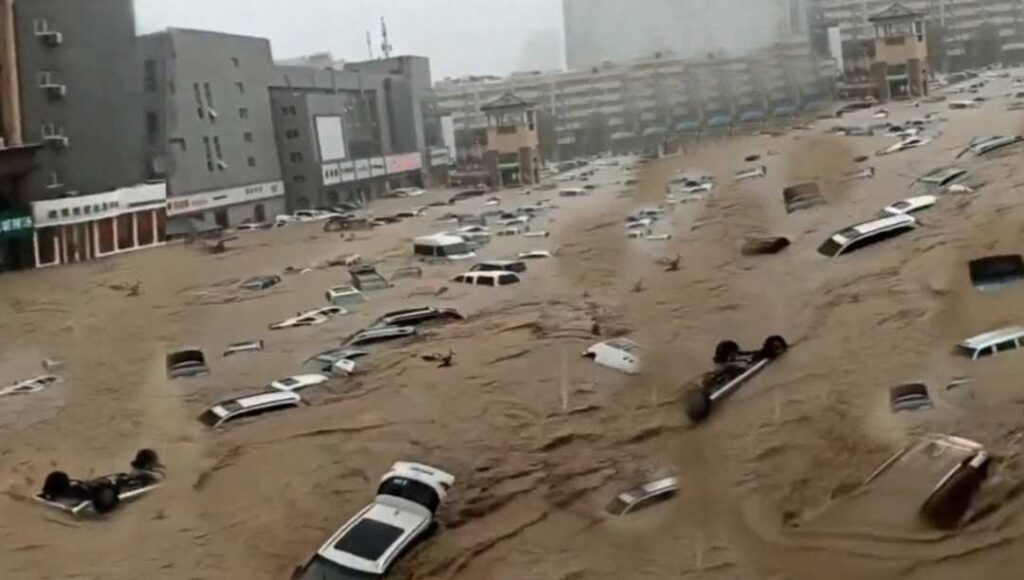 Just one of China’s cities devastated by this week’s floods – in some places, dams have collapsed

In addition, there are now ‘record-breaking’ wildfires along the NW coast of North America and in Siberia. 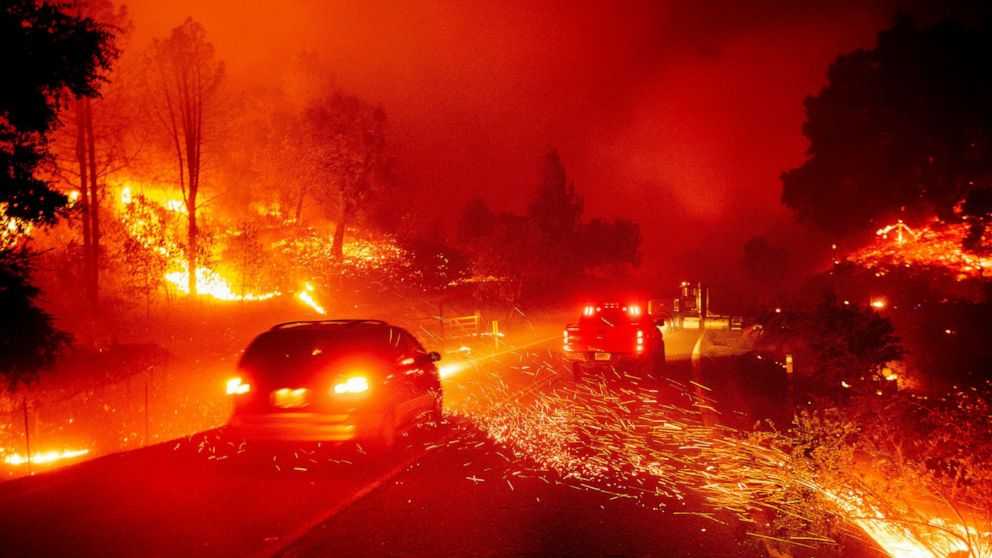 Meanwhile, closer to home, the Met Office has issued its first ever ‘Extreme Heat’ warning. Yet Johnson continues to ignore the increasingly urgent warnings issued by the UK’s Committee on Climate Change. Instead, he looks set to approve a NEW oilfield off Shetland, and has still not blocked a NEW coal mine along in West Cumbria. Plus, of course, he STILL hasn’t turned the moratorium on fracking into a complete and outright ban.

As this short video shows, the dirty energy companies were made aware as early as 1959 that their products would result in damaging climate change in 50 years. Edward Teller, one of those who developed nuclear bombs, was almost exactly right with his prediction of how much CO2 would be in our atmosphere by 2000 if we continued to burn fossil fuels. His warnings were ignored, as were those issued by these companies’ own scientists in 1968; and as were warnings made in 1980 that, by 2067, if fossil fuels continued to be used, global warming could rise by as much as 5C leading to catastrophic impacts. However, instead of listening to climate scientists who advised then that 80% of fossil fuel reserves need to be left in the ground, these companies expanded their operations and simultaneously spent huge sums to spread doubt and misinformation about climate change, and to prevent moves to clean energy solutions.

Targeting the funders of the Climate Crisis

Apart from the corrupt politicians who continue to bend over backwards to enable the dirty energy companies to bring the planet to disastrous climate tipping-points, the banks are also criminally responsible for these recent (and past) ‘extreme weather’ events. Banks like HSBC are huge funders of existing and new fossil fuel projects, though Barclays is the worst bank in the UK for doing this, and the 5th worst in the world. 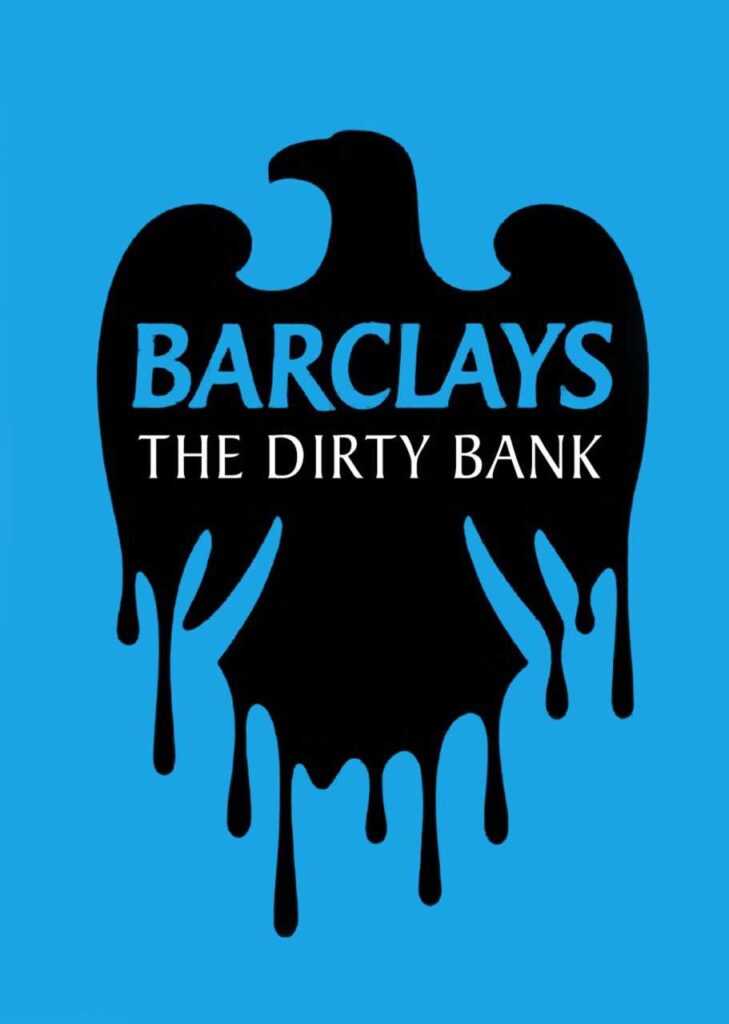 One of the world’s dirtiest banks

If not now, when?

The time for taking urgent steps to prevent catastrophic Climate Breakdown is surely here now. For UK citizens – especially given that COP26 will be taking place in Glasgow in just four months’ time – it’s crucial to ‘Get Active’ this summer, to try to force this government to at last TAKE ACTION on the Climate Crisis, instead of just constantly setting PR ‘targets’ that they continuously fail to meet.

So it is particularly appropriate – and encouraging – that Extinction Rebellion plans, as a follow-on from their ‘Money Rebellion,’ to specifically target the banks and the other financial institutions in the City of London this August. XR’s new ‘Immediate Demand’ is that all new fossil fuel investments should be stopped immediately by the government, as we are out of time, and because this would be the clearest way for the UK government to show they are at last taking the Climate Crisis seriously, before COP26 meets. XR is also calling now for a Just Transition to clean energy for those currently employed in the fossil fuel industry.

As XRUK – like XR Scotland – moves ever-closer to defining precisely what is meant by ‘System Change,’ it’s encouraging to see them identifying ‘the political economy’ (or, as ecosocialists would say: ‘capitalism’ or ‘neoliberalism’!) as the root cause of the Climate Crisis. Hence they are calling for a ‘Summer of love and rage’ – given that key decisions are made before COP meetings, this summer is when the climate movement needs to really influence governments.

Currently, none of the G7 nations is delivering on the ‘promises’ they made in Paris in 2015 to keep global warming at or below 1.5C. In fact, the UK government has been warned by its Committee on Climate Change that we could be heading for an increase of 4C – as XR now points out, such an increase could lead to billions of deaths (human and non-human), with the Global South being particularly hard hit.

“It is incredible to think that just when nations are facing an emergency that could eventually end human life on this planet, many are sticking to their business-as-usual approach.”

Another world IS possible

As XR is now saying: “We’re at a crucial moment in History. Our climate is breaking down and life on Earth is dying: accelerated by our economic system and supported by politicians.

We need urgent change, and we need it yesterday. People everywhere in the world need us to step up.

Once we begin to act, the politically-impossible can become inevitable.” 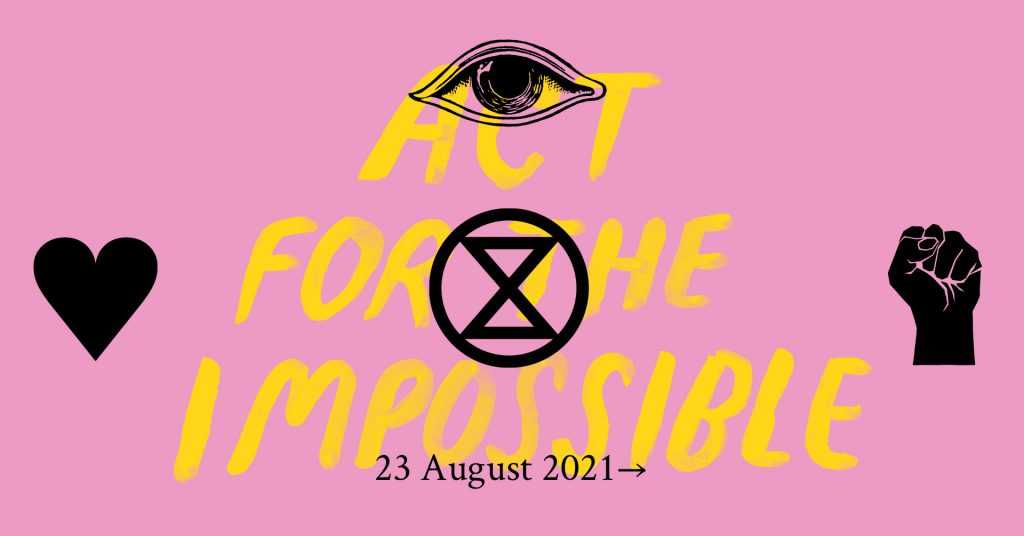 Time to ‘act For The Impossible!’

In fact, another world IS possible – IF people act together, in sufficient numbers, to force through the changes needed. As many in XR are now arguing, we need to move away from the current ‘commercial economy’, that prioritises profit over people and the planet, to a ‘social economy’ that repairs the harm in a socially just way, and which prioritises togetherness and well-being for all sentient beings and the natural world on which we all depend.

There are many ways individuals can help drive these vitally needed changes. Many will no doubt be taking action in London from 23 August – pandemic permitting. Those able to do this can sign-up for various roles via this XR link.

Others can get involved in local actions which will coincide with XR’s national ‘Impossible Rebellion’ and in the months following. Such direct action is not always an option for everyone but that doesn’t mean such people cannot take other, but still effective, steps to ensure success. For instance, some may be able to make a donation to help fund the protests – this can be done via this link.

A donation of £15 can support a young rebel to travel to the Rebellion; £30 pays for a banner; while £75 can pay for over 1000 leaflets for handing out to passers-by. Additionally, people can sign Greenpeace’s latest petition, calling on Johnson to stop all further oil and gas projects and to support North Sea rig workers to move into clean renewable energy jobs.

Whatever you’re able to do, please share all this information as widely as possible, to make sure that, in August, we can bring the City of London and its banks – those institutions which continue to fund and drive the Climate Crisis – to a close on 23 August!

If it never was before, to rebel and resist – given the present circumstances, and what’s at stake – is now a moral imperative!