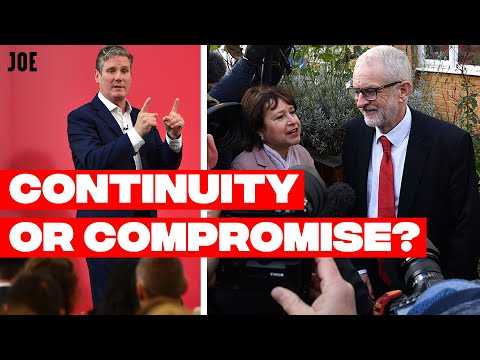 Allan Todd writes: With Starmer seemingly-intent on moving the Labour Party back to some form of ‘Extreme Centre’ neoliberal B-liarism – despite making ‘promises’ during the Leadership elections to uphold Labour’s 2017 and 2019 Manifestos – this is clearly a question many Labour Party members are now asking themselves.

Some, sadly – though understandably – have been so disillusioned by the move right, the weaponising of ‘anti-semitism’ against the left, and the treatment of Jeremy Corbyn, that they seem to have turned their back on party politics altogether. More positively, many of those who left Left Unity or the Green Left – the ecosocialist grouping within the Green Party – to join Labour after Corbyn’s election as Leader in 2015, are now returning to their original political homes.

One positive and encouraging development took place in Lancaster last November, when five Labour councillors on Lancaster City Council – including the Council’s Deputy Leader, Kevin Frea – resigned from the Labour Party, to form a new political group: Ecosocialist Independents. This was the first significant resignation of Labour councillors since Keir Starmer became Leader in April 2020. Sadly, it appears that Lancaster’s Labour MP, Cat Smith, is following the Starmer line.

They made this difficult move in “sadness and rage” in response to Labour’s clear “move rightwards” under Starmer, evidenced not just by the treatment of Jeremy Corbyn and the use of anti-semitism as a weapon in factional struggle, but also because of back-tracking on the specifics of Labour’s Green New Deal. That was the GND which, in the December 2019 general election, was given a resounding thumbs-up by Friends of the Earth, as the most radical ‘green programme’ ever presented by a major political party. 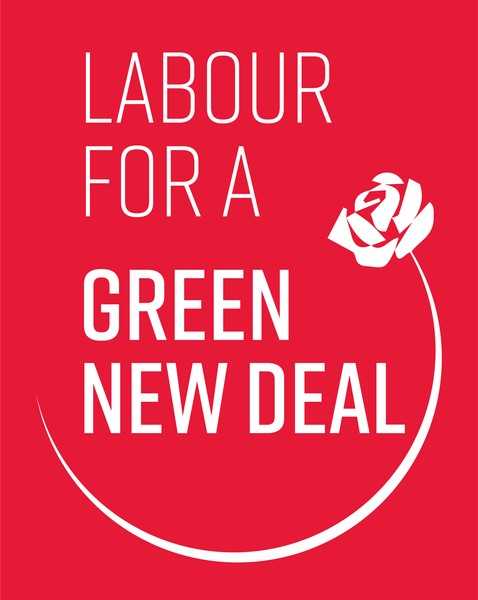 In a joint statement, the ‘Ecosocialist Five’ commented that “for a brief time” Labour under Corbyn had offered hope to millions of people that it would “fundamentally challenge the capitalist system that is destroying our planet.” Give that the Climate Extinction clock is rapidly approaching midnight, they were bitterly disappointed that Starmer’s ‘New Leadership’ had “distanced itself from the radical and vitally-necessary policies of a socialist Green New Deal.” In a separate statement, Kevin Frea stated that it was clear that Labour was “not going to take the urgent and necessary action needed to address the climate and ecological emergency.”

For more about their reasons for leaving Labour, and recent developments, see their Facebook page.

Two of the five – Kevin Frea and Alistair Sinclair were interviewed recently, and both are clearly very much in the William Morris ecosocialist ‘camp’: 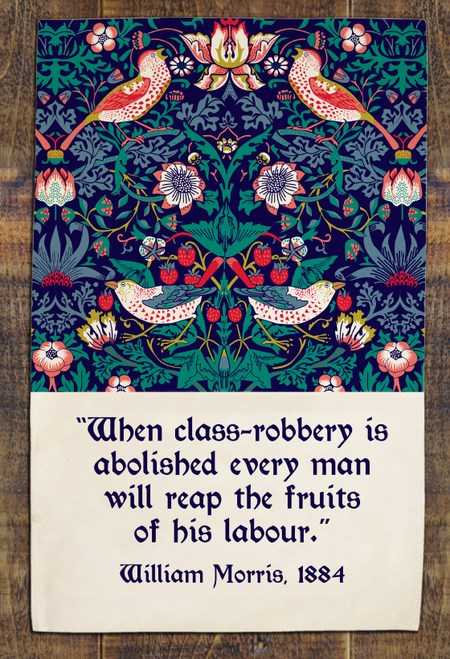 William Morris: one of the first ECOsocialists!!

Kevin Frea, a radical Labour Party member and supporter of SERA in the 1970s, had joined the Green Party in 2012, because of concerns about the developing Climate Crisis. However, he then became aware that tensions within the Green Party were reducing their focus on the climate – something which perhaps helps explain the Green Party’s unprincipled ‘Unite To Remain’ pact with the neoliberal LibDems in GE2019. For Kevin, Corbyn’s election as Labour Leader in 2015 made Labour seem a more realistic option for getting the climate policy changes needed. This hope was borne out by Labour’s 2019 Conference and Green New Deal.

For Alistair Sinclair, a former road-protester in the 1990s and more recently an XR activist, one big factor behind his decision to resign from the Labour Party was Labour’s shift away from the radical environmental policy – including the Green New Deal – which had been adopted at Labour’s 2019 Conference. Even though some unions were against, this had set 2030 as the target for achieving Zero Carbon.

Also important for both, when deciding to make the hugely difficult decision to resign from Labour, was the ‘monstering’ and inhumane treatment of Jeremy Corbyn by the party hierarchy; the suspension of so many decent party activists and members; and Labour’s increasing collaboration with a general shift to the right in UK politics, involving accommodation with neoliberalism.

The Peace and Justice Project

As regards future national developments, Kevin and Alistair’s views on Corbyn’s Peace and Justice Project are mixed. While it can be seen as a way of overcoming the political depression following on from five years of hard work – with Labour now apparently on the back-foot for decades under its current centre-right leadership – it also has some Momentum-like aspects. One other concern is that the launch of the PJP was essentially the same ‘big names’ saying familiar things.

What’s needed is to get away from any ‘personality/leader’ cult; as Tony Benn said, it should be about policies not personalities. In addition, early indications are that the PJP seems to be preaching to the converted and those already politically engaged. It’s vital to address those who have already drifted away from Labour following Corbyn’s stepping down as Leader and especially young activists and non-voters. At present, the PJP doesn’t seem to be doing this. So Lancaster’s Ecosocialist Independents are waiting to see how it will develop. 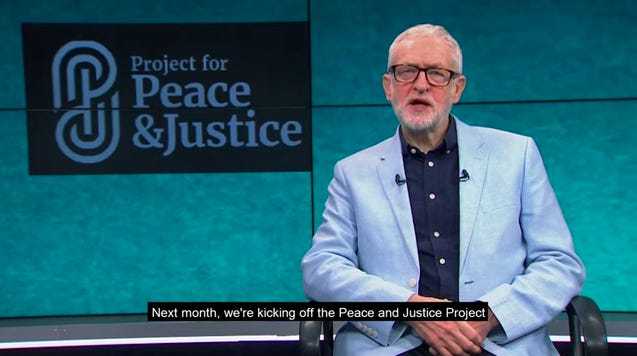 The Peace and Justice Project

We are currently in an ever-worsening Climate and Ecological Crisis – and in a social crisis, too, with the pandemic revealing the extent of poverty and social/economic murder in neoliberal Britain. One thing is clear: conventional politics won’t address these multiple crises or the trauma and grief increasingly associated with the impacts of neoliberalism.

Across the country, several other Labour Party members and councillors also resigned after Starmer took over. In particular, there were early resignations of Labour councillors in Kirklees and in Surrey while 11 members resigned from Great Yarmouth Labour Party. Since then, there has been a steady trickle away from Starmer’s Labour.

A pointer in the right direction is that Left Unity and the Green Left have recently formed an Ecosocialist Alliance, for joint campaigning in the months before COP26 in Glasgow this November. Its first project was submitting a proposal for a joint workshop at the recent From The Ground Up 2 global ‘gathering’ – organised by the COP26 Coalition: https://cop26coalition.org/ 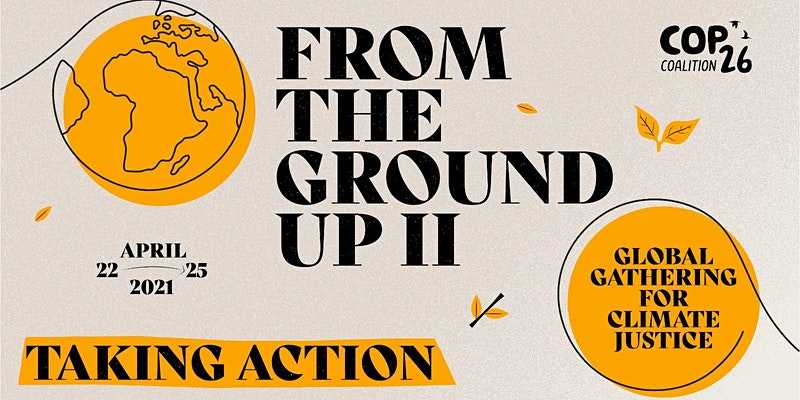 From The Ground Up II

Currently it is finalising a public Statement of demands to be delivered to next month’s G7 summit in Cornwall. This draft G7 Statement is likely to be supported by several international ecosocialist groups, and has already gained the endorsement of individuals such as Beatrix Campbell (the highly-acclaimed writer, broadcaster and activist) and Derek Wall (ecosocialist author) whose latest book, Climate Strike, was recently reviewed on Left Unity’s website.

The co-operation between Left Unity/Green Left is a really positive step and based on the need for being really honest with people about the seriousness of the interlocking Climate, Ecological, economic and pandemic crises. Such joint co-operation will be essential for recovery, and then for going on to reclaim society and the natural world ‘For The Many.’ 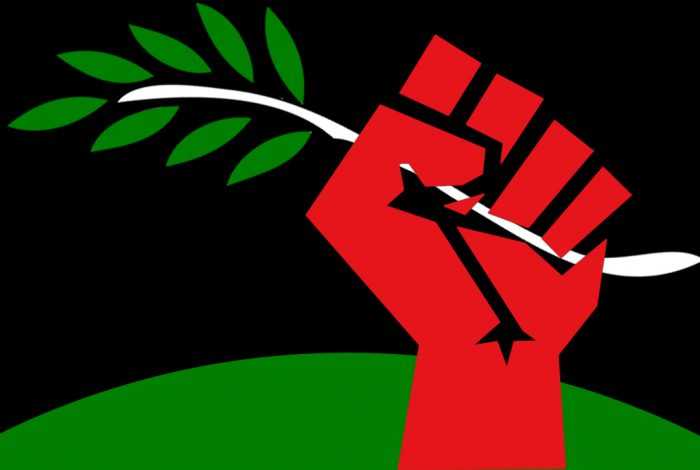 So, to all those radical Labour-leavers who – unlike Lancaster’s Ecosocialist Independents – have largely retreated from party politics, please consider joining/re-joining Left Unity – and get involved with us in this vital project!

24 May 2021
To submit an article for the 'Discussion & Debate' section of our website please email it to info@leftunity.org