Allan Todd writes: Johnson’s Ten-Point ‘Green’ Plan – only announced last November – has, all too-predictably, already gone up in smoke, thanks to Robert Jenrick, the Secretary of State for Local Government.

On 6 January 2021, he refused to ‘call in’ the controversial plan by West Cumbria Mining to open a new “climate-wrecking” coalmine on the west coast of Cumbria, which is projected to produce 3 million tonnes of coal a year. 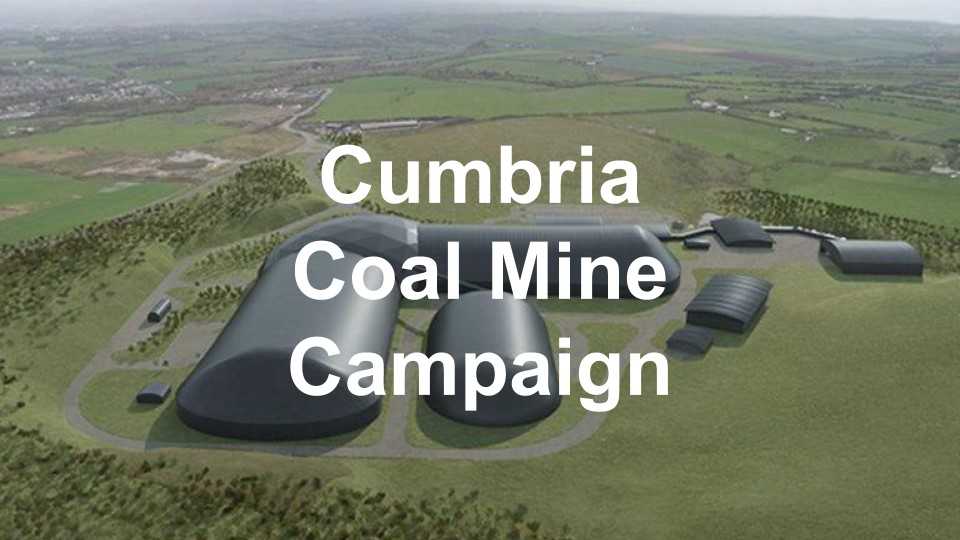 This ‘decision’ – without a proper Public Inquiry – comes just ten months away from the COP26 meeting in Glasgow and, not surprisingly, has disappointed and angered climate campaigners – including those involved in South Lakes Action on Climate Change (SLACC):

South Lakes Action On Climate Change: the local campaign against the mine

Those of us who campaigned hard over several years to prevent Cuadrilla from fracking at Preston New Road were sickened by the utter hypocrisy of Jenrick, when he ‘justified’ not calling-in the plan by saying that: “The general approach of the secretary of state is not to interfere with the decision-making process of local councils on planning matters.”

What a short memory!! In 2016, Cameron’s Tory government overturned Lancashire County Council’s decision not to approve Cuadrilla’s application to frack at Preston New Road, inflicting over three years of disruption, bitter struggle pollution and earth ‘tremors’ on local people. As ever, it seems the Tories will do – or not do – whatever it takes to give the go-ahead to dirty energy companies and their planet-polluting projects.

Organisations like Greenpeace and Friends of the Earth have rightly condemned this totally-irresponsible abdication of government.

Doug Parr, Greenpeace’s Policy Director, called on Jenrick to immediately reverse his decision, saying that: “Claims that it will be carbon neutral are like claiming an oil rig is a wind turbine.”

While Tony Bosworth, for FoE, said the decision shows the government’s “jaw-dropping inconsistency” – as the government’s official report on the mine, in September 2020, stated that the mine was not “environmentally acceptable”.

Professor Mike Berners-Lee – a carbon-footprint researcher and Fellow of the Institute for Social Futures at Lancaster University, and author of There Is No Planet B – said it was “a terrible decision and a carbon disaster, based on a proposal that was exposed as flawed in so many ways by top experts in climate, steel and economics”.

The plan – which will soon be endorsed by Cumbria County Council, once legal agreements have been finalised – is for the mine to extract coal for 30 years, releasing between 9 and 10 million tonnes of CO2 emissions each year! By giving the mine the go-ahead last year – despite the evidence presented to them by local campaigners and national experts – local councillors showed they simply hadn’t grasped the arguments or understood the climate science. 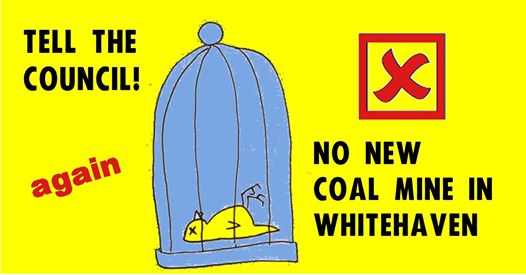 Graphics from last year’s local campaign against the mine

Now Johnson’s government is showing they haven’t got a clue, either! This is a particularly illogical decision, as the government needs to invest in progressive de-carbonisation of steel-making and other high-carbon industries, if it is to achieve a 68% reduction in emissions by 2030. 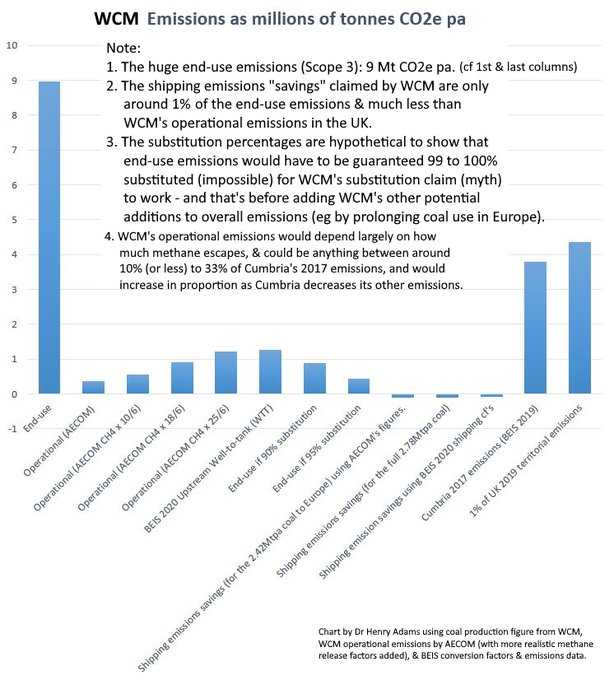 Chart to show how the mine will INCREASE CO2 emissions

Local campaigner, Dr. Ruth Balogh, of West Cumbria FoE, thus described the decision as “astonishing and desperately disappointing” and, pointing out that Cumbria had already experienced the effects of the Climate Crisis via 3 ‘once-in-a-lifetime’ floods since 2000, she said: “Unless we say no to fossil fuels, this will only get worse.”

As she, and other climate campaigners are the first to acknowledge, West Cumbria badly needs jobs – but it needs sustainable ‘green’ jobs that will not threaten the local area or the planet as a whole. What is needed is clearly a genuine Green New Deal, that will invest in clean energy projects, long-term jobs and a greener future for all. Plus, as SLACC showed in their objections, any mining jobs which do arise will be short-lived.

However, this appalling decision will most definitely be challenged by SLACC because, as pointed out by its leading scientific member, Dr. Henry Adams, the WCM project, with its projected CO2 emissions, is “of international significance – especially in a year when the UK government is hosting COP26, and should be setting a good example.”

they will now be consulting with their legal team at Richard Buxton’s Solicitors, to assess the options for taking further legal action. This latest Newsletter can also be seen on the Facebook page of Extinction Rebellion South Lakes.

They do have some funds already, but have just set up a CrowdJustice Fundraising Campaign to launch a legal challenge to this appalling decision.

As they say: “Nine million tonnes of GHG emissions, EVERY year until 2050 is not OK!!”

And PLEASE keep checking social media and their website.