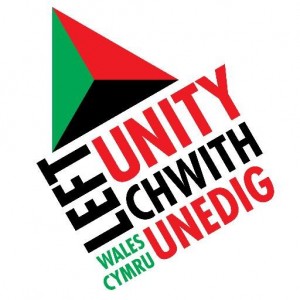 Len Arthur, Left Unity Wales secretary, writes: In May 2021 Welsh Labour won the Senedd elections with thirty of the sixty seats and decided that despite not having an overall majority they were in a position to form the Welsh Government without a coalition agreement with any other party. The elections are now in a five-year cycle so it means that this government will last for that period of time if it continues to command support in the Senedd. With sixteen seats the Conservatives are the next largest party and form the official opposition. Plaid Cymru with thirteen were the next in size.

Clearly, over a five year period, it would be quite a challenge to win all aspects of the Welsh Government’s Labour programme if one seat was lost or – very unusually – there was a Labour rebellion. During this last summer talks started with Plaid Cymru to explore the possibilities of working closely together to provide a more predictable situation. The Cooperation Agreement that was finally approved at a Plaid conference on Saturday 27 November seeks to do this. It is not a coalition arrangement and Plaid will not have any Ministerial portfolios; however it appears that it will involve close joint working in terms of the details of implementation. What this means in practice has yet to be fully seen.

The agreement is only 10 pages long but covers 46 key areas of policy including universal provision of free school meals for primary students; expansion of free child care to two year olds; a free at the point of need National Care Service; immediate control of second homes; a national construction company; fair rent controls; end to homelessness; fairer council tax; net zero by 2035; sustainable farming and a local food strategy; a Constitutional Commission that will inter alia consider independence; more proportional voting; a culture and Welsh language strategy; and supporting the devolution of welfare. Areas not specifically mentioned such as trade union rights – the Welsh Government has a ‘social partnership’ proposed law that is already under strain from the NHS pay claims. And of course, dominating all is the possibility of another round of austerity, so how Senedd members are prepared to directly challenge this might be the first real test.

The agreement has been criticised as not including key areas of policy, not consulting with trade unions, not really posing a real challenge to neo-liberalism, as well as avoiding immediate implementation involving fine words about joint research, development and ‘task groups’. All of which are accurate and fair comments. Be that as it may, as Left Unity Wales we see the agreement as ‘chinks of light’ slightly opening the doors which will help build campaigns for full and immediate implementation, funding and further radical demands that really take the challenge to capital and neo-liberalism. Issues which will help enable the left to unite and mobilise collective working class campaigns across Wales, supporting the case for independence which will help inspire the fight against the Tories in the UK and provide wide support internationally.

A tall order claim, but is it possible?

First our recent experience suggests not only is mobilisation possible but that it can be successful. As Left Unity we have been very supportive of the People’s Assembly Wales as a coordinating body of left activists, working across parties, meeting regularly, and helping to supporting and initiate key campaigns to both defend public services and take forward reforms that not only bring real benefits to people. Successes have included stopping the closure of residential care homes and the downgrading of the Royal Glamorgan Hospital A&E service; supporting the fight to keep the National Library open and fully functioning; and, more recently and now included in the Cooperation Agreement, the first stage of the universal provision of free school meals in Wales. Other organisations that we support both as Left Unity and People’s Assembly such as Acorn, Undod and Cymdeithas Yr Iaith Gymraeg have been able to mount campaigns that have also had an impact on the policies agreed Agreement. The start of strikes across Wales, including the Stagecoach strike are other examples of how direct action can work and how important it is that an organisation such as the People’s Assembly Wales can make the connections across all these struggles, helping to build working class unity.

Potentially then, the Cooperation Agreement, being supported by both Plaid and Labour might enable even wider mobilisation and support to be generated and most importantly, potentially be effective and win. One of the key ingredients in all the struggles mentioned above has been the triple power of collective mobilisation, research organisation support and political support in the Senedd either through Plaid or Labour. These three ingredients remain in place as a foundation for pushing the partly opened doors of the Cooperation Agreement wide open for immediate implementation and more radical demands.

Second, there is a political strategy of transitional demands and actions that act as a bridge, linking where we are with where we need to be in terms of ecosocialism. Both as Left Unity Wales and Left Unity UK we have our democratically agreed manifestos. In a sense they provide a tool kit for demands and actions that can be suggested and argued for when campaigns on specific issues start. They may not be perfect and workers in struggle may well wish to take them further, but they provide a political starting point. Moreover, there is also the argument that in the process of developing and fighting for transitional demands and actions collectively we can start to build and expand our ‘frontier of control’ directly challenging the power of capital and constantly posing a collective and humanitarian radical left alternative. Very open and democratically flat campaign structures can themselves becomes models of what workers democracy looks like and demands and actions function not only to sustain a countervailing power but also take our frontier of control forward, shifting boundaries, radically changing society, and embedding those changes the very constitutions of our society and how elections and accountability work. So, arguing for independence, accountable and democratic electoral processes and combining standing for elections becomes part of the process of a total strategy of taking power from capital and establishing dual power. Some of this is argued in more detail here.

It is important to be clear, we are not arguing that Cooperative Agreement is an example of transitional demands and actions, far from it, what we are saying is that they are potential a help in starting the process of developing, arguing and fighting for transitional demands and actions that can be seen to directly challenge the capitalist strategies that flow from their neoliberal ideology, not just through policies and ideas but also through rebuilding the structures and democracy of collective power in the process of fighting for immediate and more radical implementation.

In Wales, this is just not a pipe dream but out of our resistance to austerity we have started to build a network that can deliver an effective, democratic, and radical ecosocialist alternative to capitalism. It is essential to keep driving forward that vision and strategy and are intent on ensuring that Left Unity supports that process.