Our Free School Meals Victory Will Help Thousands Of Families In Wales, But It’s Only The Start

From guest contributor Adam Johannes. This article was first published in Voice Wales 23 Nov 2021. Many thanks to the editor for letting us reprint it.

Last night I went to bed happy in the knowledge that in the future 200,000 more school children in Wales will get a daily, hot, nutritious, free school lunch. No longer will the poor child face the stigma of poverty at lunchtime. No longer will some low-income families miss out due to being just over the threshold of means tested support.

The promise given by the leaders of Welsh Labour and Plaid Cymru to all of the primary school children of Wales that soon they will all be able to sit down together and enjoy a regular free school lunch is the best news to come out of Cardiff Bay in years. 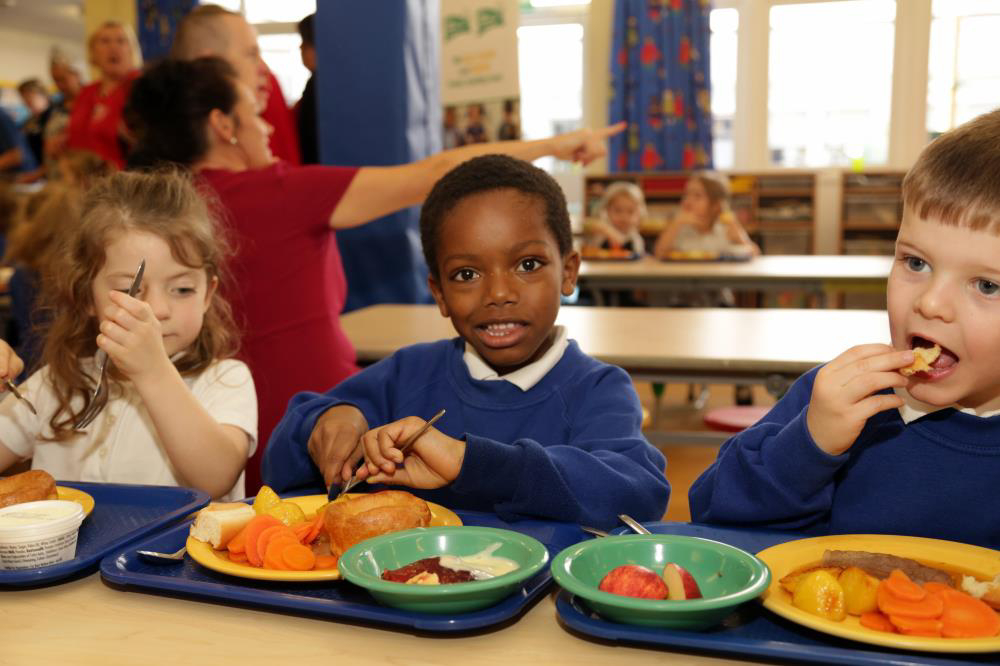 Free school meals are a powerful weapon. They can lift up the health of the people of Wales, strike a blow against childhood obesity, and increase the disposable income of thousands of the poor. They are a building block towards the caring and sharing society that some of us call socialism. When universal free school meals for all primary school children were first introduced in Southwark in London, their council leader reported a mother telling him ‘the money I used to spend on packed lunches for my daughter I can now spend on giving her dance classes’.

A week is a long time in politics, and one year even longer. Gandhi who described poverty as the worst form of violence was once quoted as saying, “First they ignore you, then they laugh at you, then they fight you, then you win”. In a nutshell this is the story of the universal free school meals movement in Wales.

It is just over a year since I sat at home quietly reading the excellent and erudite research of Child Poverty Action Group and the Bevan Foundation that argued that universal free school meals for Wales was a realistic, achievable and affordable goal. Their research also revealed, contrary to popular belief, that Wales was the least generous provider of free school meals, with over half of children in poverty denied eligibility, a higher proportion than in England, Scotland or Northern Ireland. Unfortunately, politicians were ignoring this research.  This work by both the Child Poverty Action Group and The Bevan Foundation would prove essential

A few days later myself and fellow comrades in the anti-austerity network People’s Assembly Wales mounted a campaign for universal free school meals. At the time the issue was barely on the political agenda in Wales at all.

Nevertheless, we knew to win the campaign we had to build support in Labour, the ruling party in Wales, and we found allies in Beth Winter MP, the Labour group on Rhondda Cynon Taf Council, as well as Ceredigion Labour Party who publicly supported universal free school meals, and among many trade unionists who were Labour members who moved motions through their branches. People who took our model motion on universal free school meals to their trade union branches would report unanimous votes in favour of supporting.

In March, on International Women’s Day we hosted an online rally on the theme ‘Food Poverty Is A Feminist Issue’. Speakers included legendary 91-year-old feminist intellectual Selma James, and Rebecca Boden based at Tampere University in Finland where free school meals have been for all school students, not just poor school students, for over seventy years.

As we headed into spring, Welsh Government bowed to growing pressure and promised a rapid ‘review’ into free school meal eligibility, but there seemed little sense of urgency, with the review endlessly postponed from before the Senedd elections, to afterwards, to September, to December. Then came the negotiations for an agreement between Labour and Plaid, with Plaid we have to assume successfully pushing for a commitment on rolling out free school meals to all primary school children as part of the deal.

The free school meals victory joins other victories achieved in Wales during the pandemic including the campaign to Save the Royal Glamorgan Hospital A&E, the National Library of Wales, the Stagecoach strike for £10.50 per hour that show, when we organise, we can win.

Campaigners must now push to see that free school meals are rolled out as quickly as practically feasible to all families on universal credit and the youngest infants most vulnerable to poverty. Low-income families can’t wait. The cost-of-living crisis is exploding now. We hope that the meals will also be locally sourced, healthy and nutritious. We would like the Welsh Government to also commit that all school students over the age of 11 in families with ‘no recourse to public funds’ due to immigration status will automatically be given eligibility for free school meals.

We hope that universal free school meals can soon become as much a part of the political consensus in Wales as universal free prescriptions. Universal is best. Universal is socialist. Tonight 700 million children in the world will go to bed hungry, this week’s amazing announcement must ensure that not one of them is in Wales.

We are overjoyed that Scotland and Wales are rolling out free school meals to all primary school children, this victory must now be used to take the argument into England and other countries abroad for every child and young person to have the right to a daily hot nutritious free school lunch.

27 November 2021
To submit an article for the 'Discussion & Debate' section of our website please email it to info@leftunity.org