We stand with Palestine 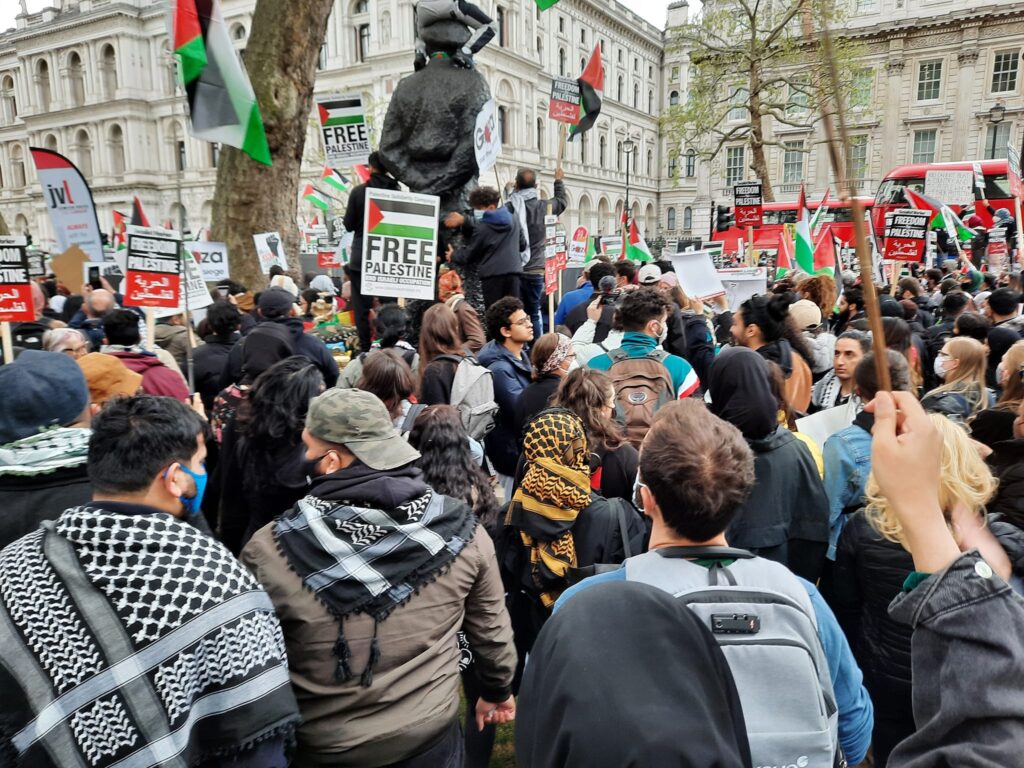 The barbaric treatment of the people of Palestine by the state of Israel is one of the great crimes against humanity. The founding of the state of Israel in 1948 was accompanied by the expulsion of more than 700,000 Palestinians who were driven by terror from their homes into exile; many were murdered. This ethnic cleansing of the Nakba did not stop but has continued ever since with the Palestinians forced into ever smaller and ever more controlled splinters of their original homeland. In the Gaza strip more than 2 million Palestinians live under de-facto Israeli occupation and permanent blockade by both Israel and Egypt. It is one of the most overcrowded places on earth and is little more than a huge prison camp for its population which has no right to leave.

The Western powers have been utterly complicit in this process of the dispossession of the Palestinian people. They have sustained the state of Israel throughout its history by providing it with advanced weaponry and political support. The United States has moved its embassy in Israel from Tel Aviv to Jerusalem, a provocative act against the Palestinian people.

Israel is a racist and apartheid regime. Within Israel a growing movement of the far right seeks to destroy the Palestinian people. This ultra-nationalist movement aided by Israeli state forces is now organising to remove any Palestinian presence from Israel and to annexe all the occupied territories. In Sheikh Jarrah neighbourhood of East Jerusalem the Israeli courts are in the process of evicting Palestinian families and replacing them with Jewish settlers, aiming to drive the Palestinians out of East Jerusalem altogether.

As part of this offensive the Israeli military attacked worshippers in the Al-Aqsa mosque, the third most holy site in Islam, during Ramadan; hundreds have been injured. But the Palestinians have fought back with incredible bravery taking to the streets in their tens of thousands.

The Israeli military has now launched a further murderous attack on Gaza with war planes bombing civilian areas indiscriminately; many Palestinians have been killed. Israel is now once again using white phosphorus in its attacks on Gaza, a weapon that is so horrific in the injuries it causes that it is banned under international law. Palestine is under illegal occupation and the attacks on its people by the state of Israel are war crimes. The Palestinians have every right to fight to defend their land and their communities against the brutality of the Israeli military. We stand with them.

It is the responsibility of all socialist and progressive people to come to its aid. Left Unity will raise the urgent need for support for Palestine throughout the labour and trade union movement.

Stop the bombing of Gaza

One response to “We stand with Palestine”