From Labour to Left Unity 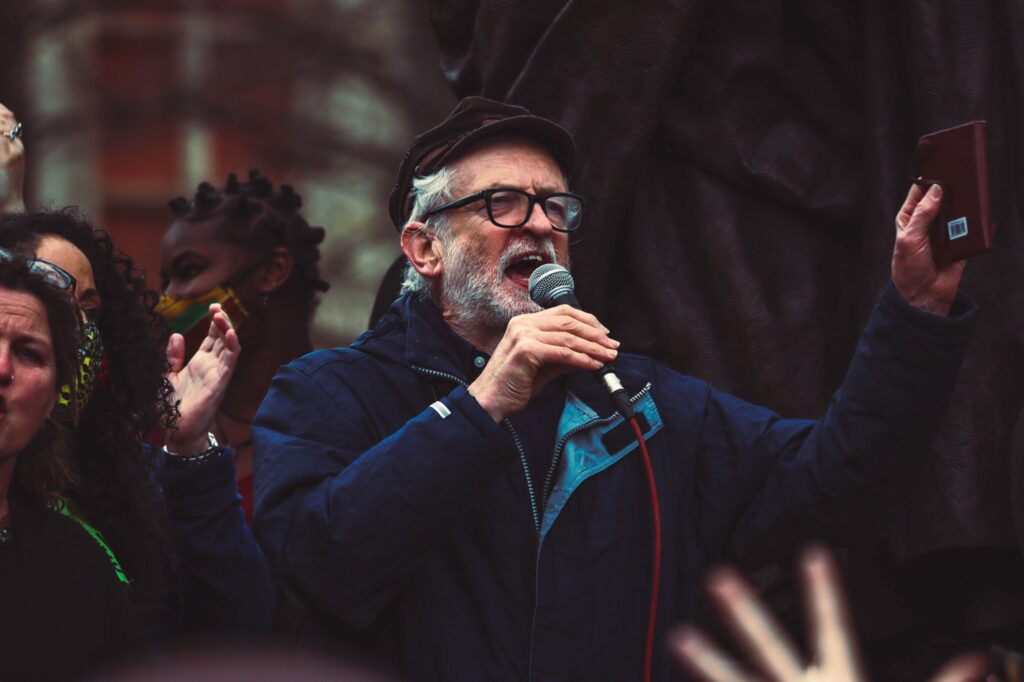 Oliver Charleston writes: I was a member of the Labour Party from the rapid rise of Jeremy Corbyn in 2015 to the bitter end in 2020. I did not leave the Labour Party, the Labour Party left me. I was an early supporter of Corbyn in my home city and followed every twist and turn of his campaign avidly – in fact, I first met him when he visited my city in the summer of 2015 in a completely packed, standing room only event, where I hugged him and wished him well.

Not wishing to sit on the sidelines, I threw all caution to the wind and joined the Labour Party in August 2015 as many thousands did. I still vividly recall the feeling of utter joy and exhilaration when I watched his thumping victory on television that September.

After that, I threw myself into Momentum and supported the Labour Left in my local CLP branch at every turn. Discussions in Momentum were lively affairs and there were even working groups set up for different areas of campaigning such as Healthcare, Transport and the Environment. On the other hand the seeds of later disillusionment were sown within Momentum and my CLP.

In 2017, Momentum’s national leadership decided to impose a constitution on the organisation which was deeply unpopular with the grassroots who resented the lack of prior discussion or consultation. A vote was held in our Momentum branch and both the leadership version and a rival version proposed by a fringe faction were rejected by a majority of the local membership. Nevertheless, the constitution was in place and the dynamism and momentum began to seep out of Momentum at a grassroots level from that time onwards.

Things were even tougher at CLP Level where, for three long years, Left and Right slugged it out in a bitter and exhausting factional battle. The Right used all manner of dirty tricks like filibustering or refusing to allow certain Motions favoured by the Left. At some particularly heated votes, we on the Left were vilified as ‘Trots’ and ‘Militants’ (For the record, I have never belonged to any Trotskyist party and other Labour Left members I know ditched their teenage Trotskyism years ago). The atmosphere at times was utterly soul destroying. Yet, the Left persevered and eventually we won a democratic majority in 2018 as the Right finally caved in to the sheer numbers of the grassroots who came out for Jeremy Corbyn and democratic socialism. Our right-wing reactionary Labour MP of the time, lost a vote of no-confidence and eventually left the Party altogether to stand for centrist vanity project Change UK (wonder what happened to them??)

I actively campaigned for Labour in the two General Elections of 2017 and 2019. However by 2019, much of the earlier optimism of the Corbyn project had dissipated in endless rows (within and outside of the Party) about the electability of Jeremy and the vitriolic attempts to smear Corbyn and his supporters as rabid anti-Semites because they dare to support the oppressed people of Palestine against the brutal barbarism of the Israeli state’s clunking fist. The pressure for Labour to adopt the IHRA definition of anti-Semitism was largely driven by right-wing opponents of the Left leadership within and without the party. Many good activists and MPs were driven out of a badly panicked Labour Party in a frenzied bout of witch-hunting that led to Jackie Walker and later, Chris Williamson MP being booted out (he resigned but he was hardly given a choice in the matter).

Hamstrung by the need to appease the PLP Right, Jeremy Corbyn led his party to defeat on a confused and ambiguous commitment to hold a second referendum on Brexit. This particularly turned off largely Euro-sceptical working class Labour voters from voting for us and saw the decades long-decaying (that had preceded Jeremy’s leadership) and neglected ‘Red Wall’ seats fall to the populist onslaught of the Conservatives in their droves.

Taking advantage of a shell-shocked party, Keir Starmer, a QC and Knight of the Realm, swooped in like a thieving magpie to seize the fallen leader’s crown (I supported Rebecca Long-Bailey who still came a respectable second place). I knew it would be bad news if Starmer won and so it came to pass. Winning on a nebulous platform of ‘unity’, he quickly moved to turn the party into a bland, inoffensive vehicle to be used to steamroll the grassroots membership into silence and submission. I stayed on, for a while, to give the new leader the benefit of the doubt but the final straw came when the leadership sacked Long-Bailey from the Shadow Cabinet over a spurious accusation of anti-Semitism and dismissed the Black Lives Matter movement as merely a ‘moment.’ I could no longer, in all good faith, call myself a Labour Party member and see decent democratic socialists and anti-racists belittled and cast out. I tore up my Labour Party membership card in disgust.

Joining Left Unity has given me new hope. True, it is a much smaller party compared to the Labour Party but it is steadily gaining ground and attracting new members as genuine socialists realise that the contemporary Labour Party has sold out and betrayed their most cherished hopes for a better society and a better world. Left Unity is not afraid to boldly state from the outset that it is socialist, feminist and anti-racist. Left Unity is also clearly committed to unilateral nuclear disarmament and refuses to slavishly bow down to the diktats of American foreign policy (Corbyn was anti-NATO but sadly never persuaded the PLP of the wisdom of leaving NATO – Left Unity would lead Britain out of NATO). It is linked to the Party of the European Left and cherishes its socialist internationalism and friendships with like-minded parties like the German Left Party and Podemos (the latter is currently in the Government in Spain).

To conclude, I count myself very lucky to belong to Left Unity and I have found my voice here in more ways than one. It has given me a political home and a renewed sense of purpose. I know that this is where I belong.

2 May 2021
To submit an article for the 'Discussion & Debate' section of our website please email it to info@leftunity.org

One response to “From Labour to Left Unity”