Defend the NHS: stop the Health and Care Bill 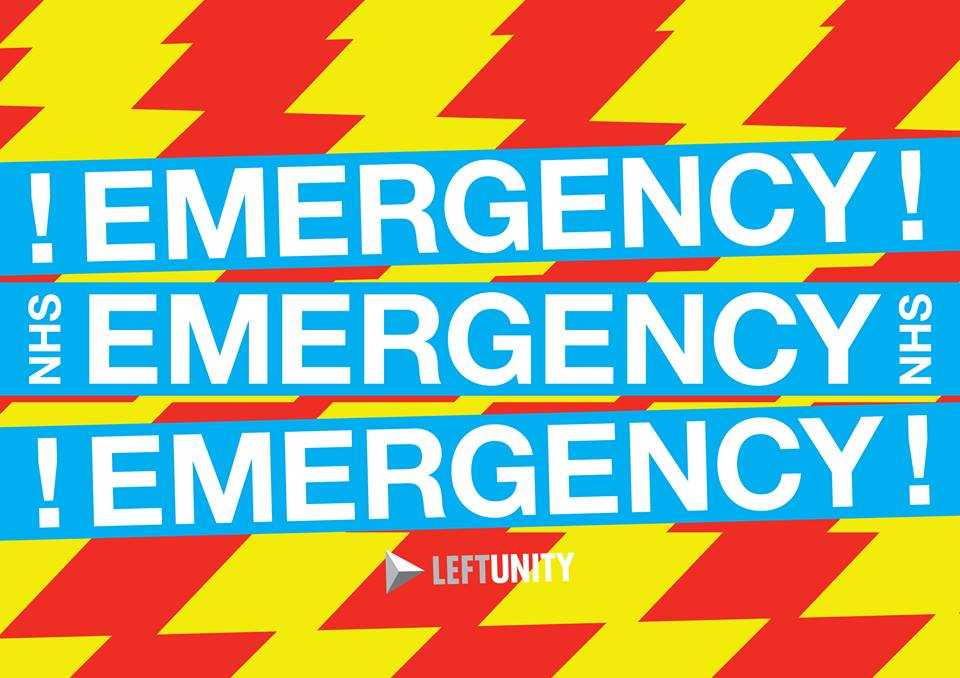 Felicity Dowling writes: Wednesday 14th marks the second reading of the Health and Care Bill 2021. This single piece of legislation is the greatest threat the National Health Service in England has faced yet.

Do not sit idly by. Do not buy the nonsense that there is nothing you can do. This is happening because they can do it on the quiet. Make a noise, make a difference.

Would that there were a huge Opposition but there is not, so we are left to what we can build to defend the NHS as a social movement. Social movements can be enormously powerful. 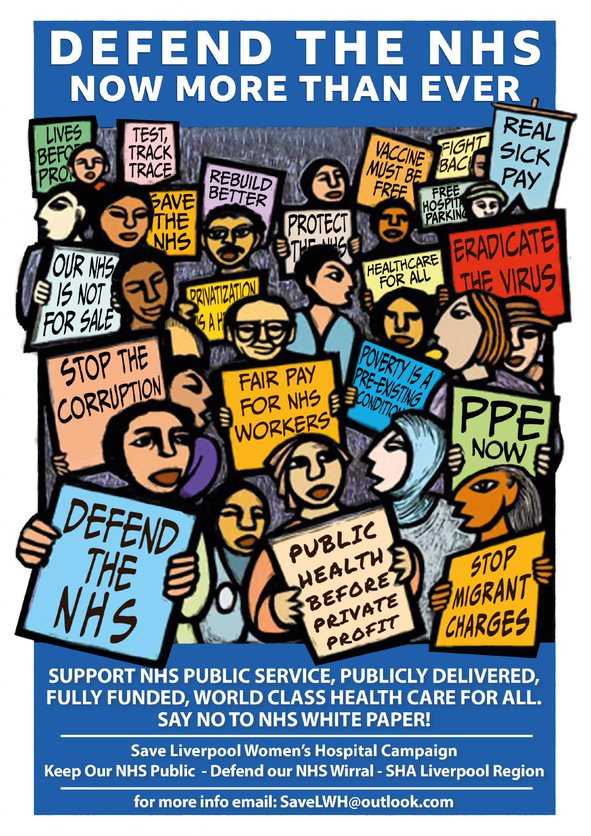 Go to Parliament on Wednesday if you can. Everyone though can do some of these tasks:

We demand now and will continue to demand world class health care for all, a national system, free at the point of need, providing comprehensive treatments based on patient need with national pay and conditions and professions regulated independently of government politics. A wall of silence shelters this legislation, but we will not be silent. Along with all the other NHS defence campaigns we will make as much noise on this as we can, and we will persist over years if that is what it takes. The government might slyly pass laws stripping our rights, but they will still have to answer for their misdeeds. People will realise the extent of what is stripped from them and see how long some of us will have to endure pain and foreshortened lives, all to fund Branson’s polluting trips to near space.

The NHS is (still is for a little while) a true system. That means all its parts can work together to form a whole functioning organisation, one of the largest, most complex and most efficient systems in the world. The hospital you attend links into the knowledge and research of hospitals in other parts of the system, the nurse who treats you has access to the whole system’s research and resources. The new legislation already being implemented ahead of parliamentary approval splits the NHS into 42 different and distinct systems. No for-profit health industry can replace that national system. No insurance-based system can replace it. Insurance policies might be sold but what you get from the insurance policy cannot match the NHS.

The NHS was not founded to make profit but to provide health care for all. Much damage has already been done by a decade of austerity, by withholding of funds and manufactured shortage of staff and equipment, all accompanied by ongoing dis-organisation and malpractice. Malpractice which leaves PFI as a shackle round the necks of hospitals and the scandal of Liverpool’s unfinished Royal Carillion Hospital. Low pay and overwork have severely damaged the workforce. The Conservatives are like rich kids allowed to play with and rob precious equipment and traditions. They keep stealing from the NHS even while they know they are causing real damage, damage that will cause problems for them.

Outcomes for many illnesses now lag behind Europe as does UK safety in childbirth. The hostile environment and migrant charges have cost huge pain and suffering but also the break in trust between the health service and many who have been challenged rudely about their right to treatment. An NHS trust has had to apologise for mistreatment over migrant charges but says it cannot change the system until the law changes.

Despite all the harm done, all the sugary lies told, the NHS is still very much worth saving. It is still what stands between many of us and either death, or lives steeped in pain.

Money invested in health care repays the economy many times over. No way is this Conservative attempt to rob our NHS to do with economy or efficiency. Capitalism and urban society require efficient health care.

The damage done by the pandemic shows just why we need an excellent health system with surplus and surge capacity. What will be left of health care after the rich kids have finished messing will be dangerously fragmented, under-resourced and damaging to the whole economy.

This is the project of a wealthy group in the Conservatives (and some Labour). Not all MPs understand it. Simon Stevens retiring (to the Lords) head of the NHS after all was Blair’s Health man. If you find someone who wants to know the detail this from Public Matters is an excellent introduction. You can find draft though slightly dated letter to councillors here and resolutions for union branches here.

Even if it takes a decade we will continue to fight for the NHS free at the point of need, funded by the government, a national service, providing all the necessary treatments, for everybody. People power founded the NHS and will re-found it.

If you want to join Left Unity’s health caucus please do get in touch – contact secretary@leftunity.org

Felicity Dowling is a Principal Speaker of Left Unity

One response to “Defend the NHS: stop the Health and Care Bill”