Celebrate Trump’s Defeat – Prepare for the Struggles to Come 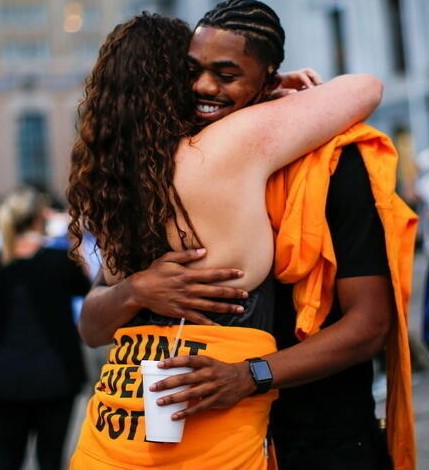 Left Unity unequivocally welcomes the defeat of Donald Trump in the US Presidential election. Trump represented the forces of deepest reaction. Hundreds of millions of people in the US and across the world will breathe a huge sigh of relief at this outcome.

Trump openly supported the heavily armed fascist groups which have been spurred on and strengthened throughout his presidency. He supported the paramilitary police forces which operate almost as an army of occupation in the black areas of US cities. Racism and white supremacy have deep roots in US society and Trump has done everything in his power to nourish them. He has still to leave the White House and there is every danger that he will do everything possible to foment armed opposition to the transition. He will continue the campaign to undermine the vote and will lead a toxic war of resistance against his defeat.

Trump has fuelled the growth of the far right not just in the US but internationally. His supporters on the world stage range from Bolsanaro in Brazil to Modi in India, Netanyahu in Israel and Orban in Hungary. From the UK, Trump has received the unswerving and sycophantic support of the Johnson government. The Tories were desperate for Trump to win; Boris Johnson peddles the same brand of nationalism and xenophobia that Trump trades in. There is no doubt that his defeat weakens Boris Johnson politically and opens up arenas of struggle here.

However, although Trump has been defeated in this contest his vote has increased by several millions.  More than 70 million Americans voted for an open racist. The social basis of Trumpism has been expanded during his presidency. The fissures in US society have grown dramatically with a deep polarisation in US political life represented by Trump on the right and by the movement which supported Bernie Sanders and the Black Lives Matter movement on the left. Trump has been defeated but the political movement he represents continues to exist and is still growing.

Left Unity places no faith in progressive social and political advance coming from a Biden presidency. He will govern primarily on behalf of big capital, continuing many of the reactionary policies of the Trump era. Biden offers little to working people. Black people will continue to be killed by the police, migrants will continue to be incarcerated and deported and universal healthcare will remain a pipe dream. He must be held to his commitments to deal with the climate catastrophe and the pandemic, and to reverse Trump’s nuclear use policies.

His extreme centrism which mirrors that of Starmer’s Labour Party, is a block to developing the socialist alternative that is needed. Biden and the Democratic Party only just scraped past the post in this election. The Democratic Party lost seats in the House of Representatives and is unlikely to win the Senate. The Biden presidency will be weak from its outset.  The Biden team spent more time and energy trying to defeat and deny the movements to their left than they did opposing the policies of Trump. We can see the parallel with UK politics where Starmer is laser-focused on destroying the Corbyn movement while accommodating to Johnson at every turn.

Politics has to change. In the US we can see the beginnings of a newly reborn left with the growth of the Democratic Socialists of America (DSA). We welcome the victory of the DSA and BLM activist Cori Bush, who stood on a radical programme which included defunding the police, the defence of abortion rights and support for the Boycott, Divestment, Sanctions (BDS) campaign. She received nearly 80% of the vote in her district in Missouri. Also Biden’s victory owes an enormous amount to those party activists such as Stacey Abrams who have been fighting to expand the voter base and to end voter suppression in states such as Georgia – which looks to have gone Blue for the first time in a generation. A significant rise in Democratic voter registration followed in the wake of the George Floyd protests. Alongside the DSA and BLM, the environmental Sunrise movement is growing, giving strength to the struggle for the green new deal. The labour movement is also reviving as seen by the wave of strikes that greeted the pandemic. These movements give hope for the future and will doubtless do everything they can to ensure that Trump’s defeat is upheld.

Left Unity congratulates all those who fought so hard to get rid of Trump in this election. We owe them a debt of gratitude. The world faces a number of serious crises that pose the need for radical action. Let us all celebrate Trump’s defeat and in this unity fight to end this rotten system once and for all. We commit to working with the movements in the US and will do all we can to support their struggle. Venceremos! 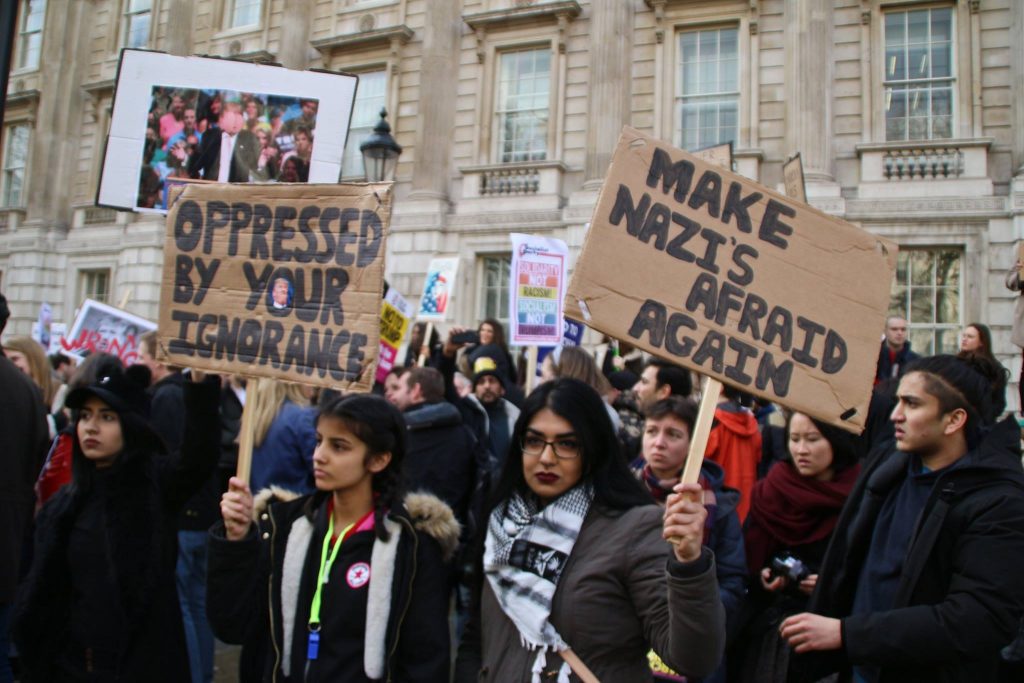