A Tribute to Steve Ryan 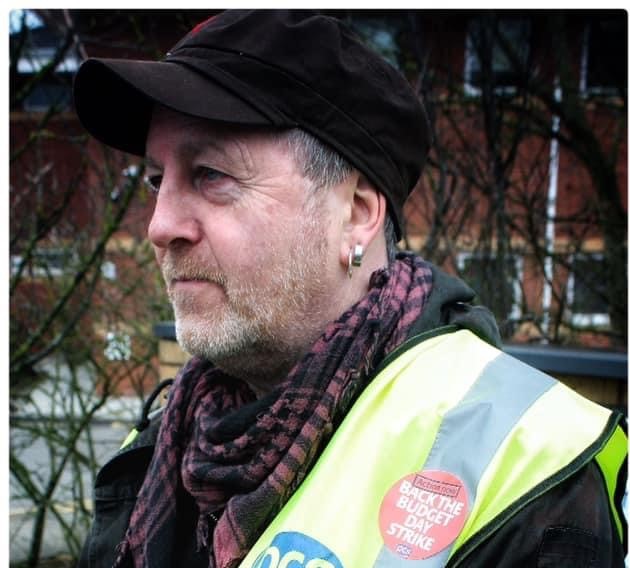 Craig Lewis writes: Steve Ryan, who has died after a short battle with cancer, was an active and much respected Executive Committee member of Left Unity, and a mainstay of LU in Wales. It is hard for comrades who knew him to come to terms with his sudden passing. Our deepest sympathies go out to his family, especially to Myra and his children, and to his many friends and comrades.

The array of tributes to Steve from across the trade union movement and radical left testify to his impact on the lives he touched through his lifelong trade union commitment and tireless socialist, anti-fascist and environmental campaigning. Here are a few of the two hundred or more posted on his Facebook page:

To my regret I never got as personally close to Steve as I would have liked, but these voices speak far more eloquently than I could. They testify to what one long-time Left Unity comrade calls the: “many strings to his colourful humane bow”. Of course, working for 30 years as a union and political activist in North Wales our paths inevitably crossed many times. My abiding memory will always be of a politically curious and committed socialist who shunned the sectarianism of the far left, and always sought to build unity and solidarity in action. 30 years ago, he turned up at our first SWP stall in Wrexham; helped hand out leaflets; seemed to know every passer-by and got them to sign our petition; all the while explaining why he thought we were wasting our time! He rightly believed that radical social change didn’t happen through “party building “alone. It could only come about through the democratic and collective self-activity of working-class people. (Funny thing is, that two of the four on that stall are now in Left Unity – pure coincidence Steve!).

As the tributes testify, he was a committed union organiser and union activist. A doughty fighter for equality and opponent of all forms of oppression. Steve helped bring together union and community opposition to the fascists in North Wales when, first the BNP and later the EDL, tried to establish a presence in several working-class communities. He played a central role too in establishing “North Wales Against the Cuts” in response to Cameron’s austerity offensive and in building the Peoples’ Assembly in North Wales. His energy and commitment during the public sector pensions campaign in 2011 (and his undoubted ability to delegate the donkey work!) ensured mass PCS support for the strike and was vital in us delivering the largest demonstration Wrexham had seen since the Miners’ Strike. Retirement didn’t blunt his commitment to socialism and workers self-determination. He started a degree in History and Politics, joined Left Unity and, as Len Arthur says, in our Wales tribute: “He made a huge contribution to our debates, our manifesto and in other ways.” For Steve the struggle never seemed to stop. Earlier this year he organised two Justice for Palestine demonstrations and, even as his illness took its unrelenting toll, he started to campaign for the restoration of face-to-face GP appointments. He knew it was too late for him but selflessly wanted to prevent others suffering the consequences of a late cancer diagnosis.

So much more could and will be written about this most human and humane of socialists. His concern for the land, sense of place, absurd humour, his tai chi practice, and of course his love of music, festivals, and cider! But I think I will just leave the last words to another comrade from North Wales. Pam speaks to the loss we all feel so deeply:

2 responses to “A Tribute to Steve Ryan”