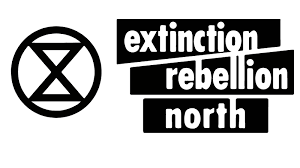 ?When I walk through the streets of Manchester and meet load after load of cotton, I think of those 80,000 cotton plantations on which was grown the $125m worth of cotton which supply your market, and I remember that not one cent of that money ever reached the hands of the labourers.”
– Sarah Parker Remond 1859

This socially distanced march will focus on Manchester’s relationship with slavery, colonialism and the financing of fossil fuels.

At other locations we will leave posters highlighting slavery, racism and fossil fuel financing.

The Bishop of Manchester will say a few words at the beginning of the march. Marcus Rashford and Raheem Sterling will be honoured.

“We Want to Live”

Following the weekend of locally organised and executed actions, we will come together in Manchester at 10am in St. Peter’s Square to celebrate our achievements and the achievements of others. Bringing new faces as well as old, to develop new relationships beyond our close activist circles.

We will start as we mean to go on, by hearing about the achievements of other movements, organisations, and individuals. Celebrating the existing and ongoing work people are doing to improve their communities. Dedicating real attention to understanding how all our battles are really part of the same fight, and how we can better fight together.

After taking and holding space in the morning, reigniting our dissent, disobedience, and collective power, we will begin moving through the streets, visiting those accelerating and profiting from the collapse of our natural world along the way. We’ll reconvene that evening, all together, and share our plans for the next stage of rebellion.

To volunteer to help with roadblocking, outreach or stewarding, please email rebellion@xrnorth.org.

YOUR MONEY IS NOT SAFE. Greater Manchester Pension Fund says they act in the best interest of their customers yet invest £1.8bn in fossil fuels making them the dirtiest public sector pension scheme in the UK. They say they will divest by 2050. We say this is too late. Fossil fuel investments are losing value, endangering your pension and your future. We say better returns or no return. Join us on September 2nd as we say shame on you! We demand divestment now. Meet at St Peter’s square at 12:30 before heading to a second location for some discobedience. We will then return to St Peter’s Square and do it all again!

The Bank of England has warned that the global financial system as a whole is backing carbon-producing projects that will cause a catastrophic rise in global heating of over 4°C by 2100 – more than double the Paris Agreement targets. STOP FUNDING CLIMATE CATASTROPHE!

In Manchester on the 3rd of September, we will be turning Barclays branches into crime scenes and demand that they become net-zero by 2030 and to phase out financing for oil and gas companies.

There will be a paint the streets option the night before. More info to be released shortly!

According to the Bank Track report.

30 August 2020
To submit an article for the 'Discussion & Debate' section of our website please email it to info@leftunity.org