We support the struggle of refugees in Libya 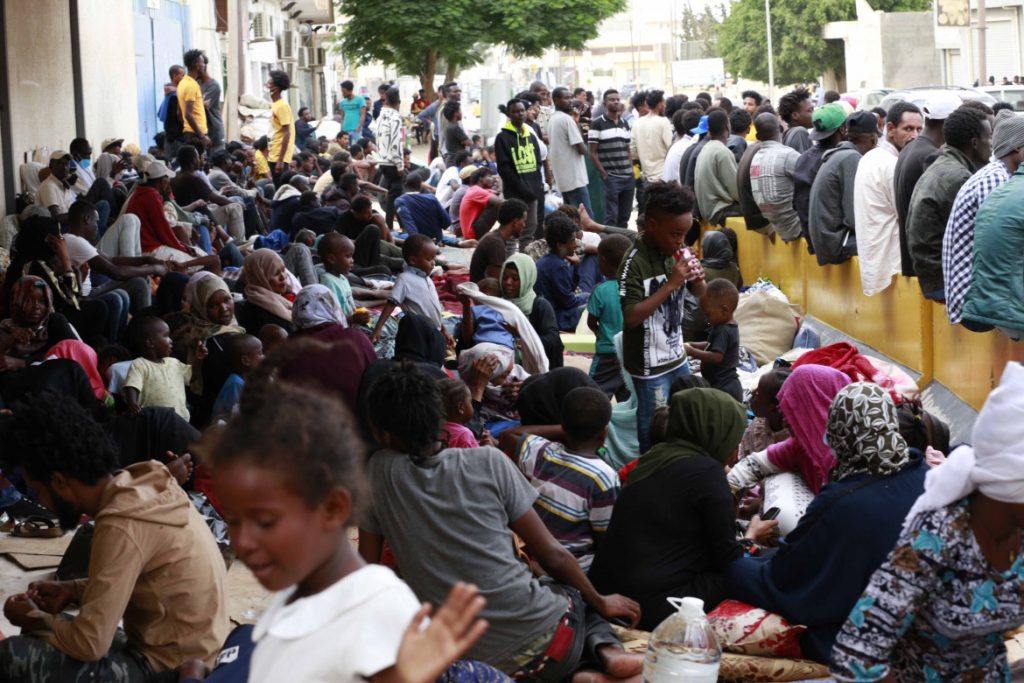 We, migrant men and women of the Transnational Migrants’ Coordination (TMC) express our support for the struggle of refugees in Libya. During the past month, almost 3.000 refugees in Tripoli – tired of torture, rape, arbitrary detention, exploitation, threats, and violence – have been self-organising and have set up a permanent assembly called ‘Refugees in Libya‘ in front of the UNHCR headquarters, with a coordination group to take decisions and make their voices heard with institutions and the media. At least 300 of them are women, and some of them are pregnant. They are the migrants who escaped what the Libyan Ministry of Interior called “operation security”, an indiscriminate round-up which had taken place on October 2nd in Gargadesh, one of the poorest neighbourhoods of Tripoli, and which had led to the detention of more than 5.000 people, accused of violating immigration law, drug trafficking and prostitution, in the Ghout al-Shaal centre. During the raid, six people were killed and others disappeared.

These migrant men and women raised their voices to denounce the violence, the murders and rapes suffered by those who have been brought to detention centres after being intercepted by the same Libyan coast guard which Italy, with its Memorandum, has promised to train and finance in order to curb the arrival of asylum seekers on its shores. The country that Europe considers safe is a country that has not even signed the Geneva Convention on Refugees and that, rather, uses them as a bargaining chip to obtain money from the EU: so far 150 million from the Italian government, 91.4 million from the EU to finance the coast guard and 134.7 to improve the conditions of migrants.

This happens because European countries want to externalize to Libya the most extreme violence against migrants in order to threaten them all and prevent them from reaching Europe outside of formal recruitment schemes. The results of these policies are clear: thousands of deaths in the Mediterranean sea. Migrants are not accepting this violence in silence and are raising their voices in order not to be treated worse than animals. The TMC wants their voice to be heard and sides with their struggle, which is the struggle of all migrants. Many of us have passed through Libya before reaching European countries or other places. Many others have crossed borders in similarly dangerous and violent situations, across the Balkans and through other routes. We say: give to refugees fighting in Libya the freedom of movement to leave the camps and the country, give to all migrants reaching Europe an unconditioned European residence permit! As our comrades from Libya say: migrants have the right to live, to feel safe, to be free!

This statement was first published here