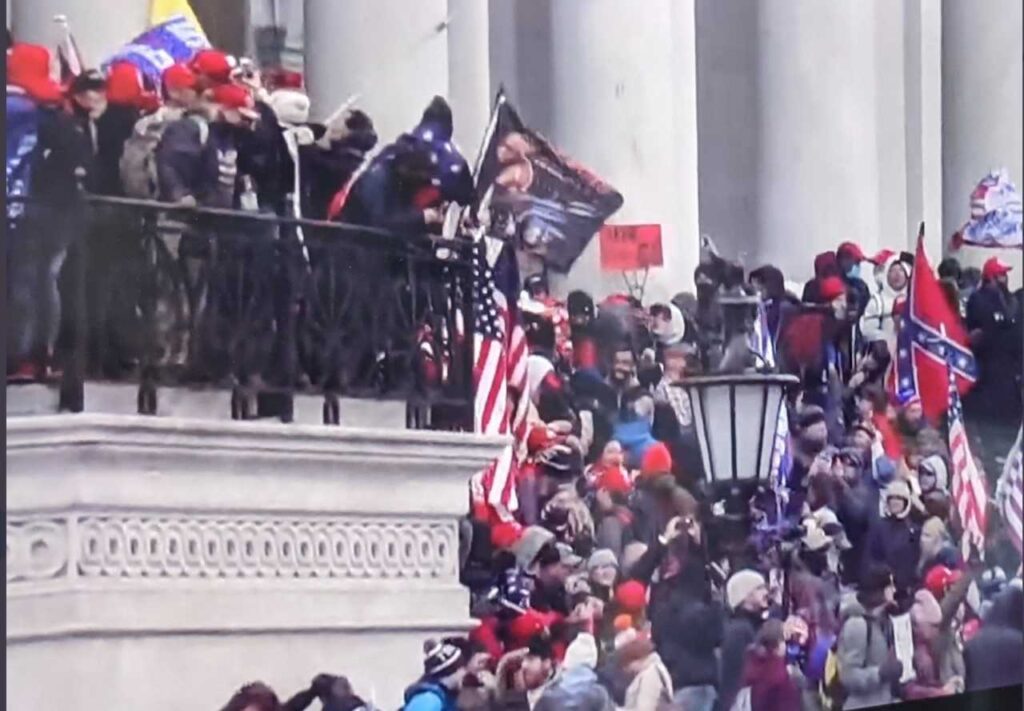 Andrew Burgin writes: Yesterday was a significant step for the fascist movement in the States. It will be emboldened by the fact that 45% of Republican voters supported them, they were given free rein by the police and there were few arrests. It has been clear since Trump’s election defeat what the strategy was. The fiction of the ‘stolen election’ will fuel this movement during Biden’s administration and the Proud Boys and others will grow and so too will their links with the state forces. So there is a  mass fascist movement in development with support from sections of the state in a period of economic crisis and pandemic. Biden is Weimar. But at the moment the US ruling class isn’t ready for a coup and the elements within it that are loyal to Trump have pulled back from supporting him at this point.

There is also a powerful political polarisation to the left expressed by the Black Lives Matter movement and many other political and social forces, and in the defeat of the Republican senators in Georgia yesterday. So we should not underestimate the power of the movements in the US and what they have achieved. But the left is divided and has no clear strategy and this will be a problem going forward if it’s not resolved. Both in the US and here the political forces of the left are largely imprisoned within the Labour Party and the Democratic Party structures. 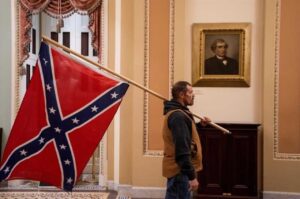 The reality is that Trump has been defeated because of the mass work of people like Stacey Abrams in Georgia. Of course Trumpism hasn’t been defetated, but we now have a lull to get organised during which the strategic development of the left and the movements, particularly in the US, is of fundamental importance. We can’t leave it to the forces of the state to face down Trumpism.

The key is to work to break with the Labour/Democrat structures that confine us while at the same time building a united front against fascism internationally. Here we have possibilities with the new Peace and Justice project from Corbyn which in my view is a partial break with Labour and opens up work on a mass basis. My article on this possibility can be found here.

Our international work is key. Both US and British capitalism have entered serious decline. Obviously in Britain this has been happening over a much longer period but it is now accelerated via Brexit and the coming of Scottish independence and the prospect of a United Ireland.

The imperial decline of the US is a hugely dangerous moment in world politics and we all know the huge crises that we face. We need to work internationally to ensure we have an outcome in the interests of the working class. The struggle is ongoing!