The assassination of Mohsen Fakhrizadeh 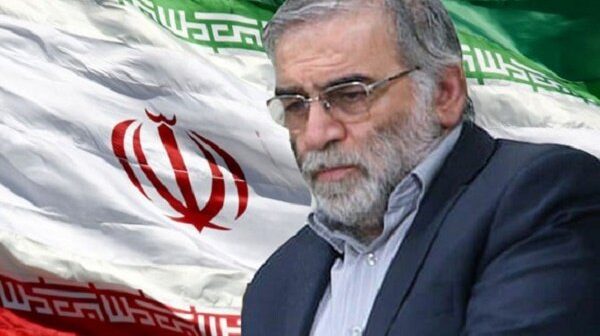 John Wight writes: The assassination of Iran’s top nuclear scientist, Mohsen Fakhrizadeh, was almost certainly the work of Israel’s notorious security agency Mossad, and likely either contracted out to the MEK or conducted with its participation inside the country.

It marks an extremely serious and dangerous escalation, especially as it comes in the same year that Iran’s top general, Qassem Soleimani, was assassinated in a US drone strike just after arriving in Baghdad. Benjamin Netanyahu will take especial delight at the murder of Fakhrizadeh, having publicly naming him as head of Iran’s nuclear programme during a lecture he gave alleging Iran was trying to develop a nuclear bomb in 2018. Clearly, since then, he was viewed as a priority target as part of Mossad’s war on Iranian nuclear scientists.

That this murder constitutes a violation of international law goes without saying. As does the fact that it will have been undertaken with the blessing of the Trump administration. Married to the revelation that Trump recently mooted with his military advisers the possibility of an air strike against Iranian nuclear facilities, we have an outgoing president who is bent on leaving a pile of bodies in his wake as he enters his mad dog days.

Netanyahu, determined to take full advantage of these last two months of Trump’s presidency, has upped the ante in the region significantly, evidenced not only with the assassination of Moshen Fakhrizadeh, but also an uptick in Israeli air strikes against Iranian targets in Syria. This also serves the purposes of making the incoming Biden Administration’s ability to resurrect the JCPOA (Iran Nuclear Deal) much more difficult, what with Iranian hard liners itching for some kind of military response.

Any such response would play into Netanyahu’s hands, however, in that it would pull the US into the very military showdown with Iran that he’s been so desperate to precipitate. Iranian security has been penetrated twice this year, resulting in the assassination of two of its most venerated figures. The sense of humiliation will no doubt cut deep, thus making the next few days and weeks among the most tense the region has experienced. As for Trump – his refusal to concede the election, his ramping up of baseless allegations of electoral fraud, his flirtation with lurid conspiracy theories, and his continuing efforts to deny the seriousness of Covid19 in the country with the highest infection and mortality rate of any in the world, all this taken together is proof positive that we are talking about no ordinary president.

Indeed not since Andrew Jackson has an open racist and white supremacist such as Trump occupied the White House. That he still has two months to continue to create chaos at home and abroad without any political or legal restraint exposes the rotten foundations of US democracy. Further still, the fact that 70 million Americans voted for this unhinged aspiring autocrat confirms that even after he leaves office, Trumpism will remain very much alive and kicking. Trump’s has been a rogue administration par excellence. As for Israel under Netanyahu, its unremitting criminality and murderous actions are a stain on the conscience of the world.