Putting the ‘e’ in Revolution 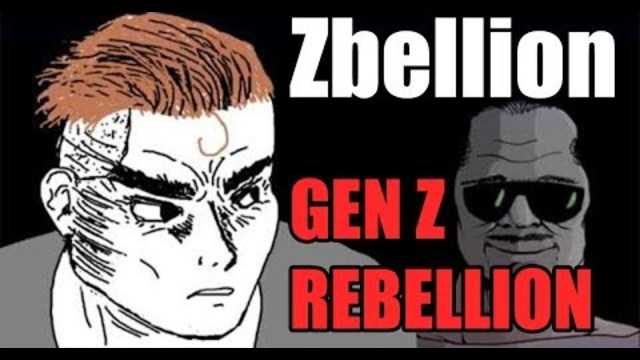 Zbellion: the 1% fear the writing is on the wall!

“The central premise of ecosocialism, already suggested by the term itself, is that nonecological socialism is a dead end and a nonsocialist ecology cannot confront the present ecological crisis.”

Allan Todd writes: In 1968, The Beatles released John Lennon’s song ‘Revolution’, which pointed out to those who wanted a revolution that, if they went around ‘carrying pictures of Chairman Mao’, they were not going to ‘make it with anyone anyhow.’ Two years later, John Lennon was having discussions with Tariq Ali of the International Marxist Group, and could be seen on anti-Vietnam War demos wearing one of their ‘Red Mole’ tee-shirts!

In 2020, it’s the unadorned ‘S’ word – ‘socialism’ – that could be impeding the move to a socially-just transformation to an economically-fairer and ecologically-sustainable world. With the multiple crises we are now facing – climate, biodiversity, economic and democratic – the time has come for the radical left to shift to the ‘E’ word instead: ‘ecosocialism.’

Ecosocialism is not new

In case it’s assumed this argument – in favour of (mainly) using the word ‘ecosocialism’ in place of ‘socialism’ – is coming from someone with a non-socialist background, I was proud to identify simply as a socialist for almost 40 years: from 1975-94, I was an active Bennite member of the Labour Party.

Whilst Marx’s and Engels’s writings about the dangerous ‘metabolic rift’ – that capitalism inevitably creates between humans and the natural world – were not widely known during that period, the late 1970s and the early 1980s saw ‘ecological socialist’ arguments being advanced by socialists like Rudolf Bahro and Raymond Williams. As early as 1979, Bahro was saying:

“Socialists and Greens…have long had a certain standpoint in common, which has now become decisive for world history. This common standpoint is a radical critique of capitalist industrialism.”

This speech, along with other articles and speeches, was published in Socialism and Survival (1982) – a book I still have: 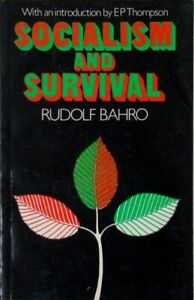 Arguments for an ecological socialism

Also in 1982, the Labour-affiliated Socialist Environment and Resources Association (SERA) – founded as early as 1973 – brought out the pamphlet, ‘Socialism and Ecology’, which was a talk given to SERA by Raymond Williams. In it, he refers to William Morris, a nineteenth-century revolutionary socialist who, early on, had argued that capitalist production was destructive of human relations and the natural world because it was based on mere profit, not on human standards and values. In 1989, this speech appeared in Resources of Hope, a collection of Raymond Williams’s writings.

However, as The Eagles wrote in ‘Long Road Out of Eden’: “All the knowledge in the world is of no use to fools!” Although aware of these arguments, I remained more of a ‘socialist’ rather than becoming an‘ecological socialist’ – even though my late wife was saying, as early as 1968, that: “You can’t build socialism on a dead planet.”

Since the 1980s, though, there has been a lot of ground-breaking work done – some of the most important analyses coming from people like Joel Kovel, Michael Löwy, John Bellamy Foster, Paul Burkett and Fred Magdoff. As a result, this century has seen many revolutionary Marxist organisations fully embrace the ecosocialist position.

The UN’s IPCC warned in 2018 that we had only 12 years to seriously reduce greenhouse gas emissions to keep global heating to below 2C. Two years have already passed since then, with governments – including that in the UK – failing to meet their ‘promised’ targets. Even the Covid-19 lockdown has hardly affected GHG emissions – and we are already seeing signs of positive feedbacks from the global heating that has already taken place. Yet, as papers leaked this month have shown, Exxon-Mobil are planning to increase their carbon footprint by 17% over the next five years – releasing an extra 23m tons of CO2!

For a visual indication of just where we currently are, here’s a sobering chart from Kate Raworth, developed from her book Doughnut Economics (2017): 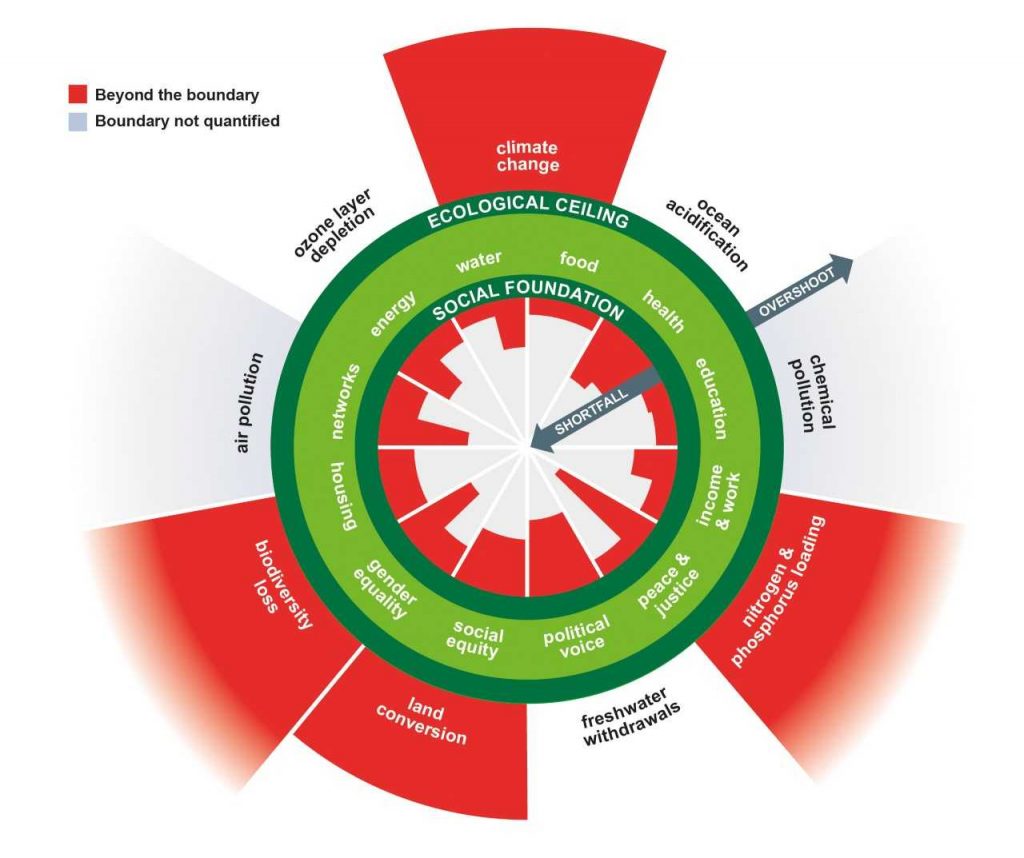 Showing how ecological planetary boundaries are being exceeded, and how far we’re from a socially- and economically- just world

So there’s a lot to do – and speed is definitely now very much of the essence. Yet, despite the necessary ‘pessimism of the intellect’, there are also grounds for valid ‘optimism of the will.’ In large part, this is down to the younger generations – who, in the UK, voted overwhelmingly for ‘Remain’ and, in particular, were strong supporters of the Corbyn Project. They have been so active in the Black Lives Matter movement, and are also the backbone of the recent HS2 and Extinction Rebellion actions. Within the latter, there are clear signs that Scotland XR are now seeing that the ‘System’ that needs to be changed is capitalism – and there are some moves towards such a position within the ranks of XR UK: 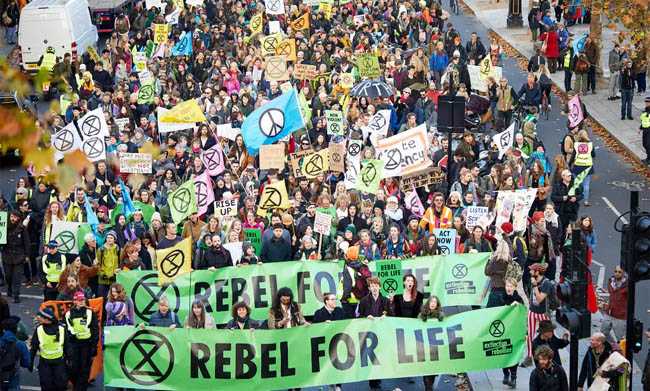 It is precisely this group of young people who are likely to be much more responsive to calls for ‘ecosocialism’ rather than traditional appeals to ‘socialism’ per se. For many amongst the younger generations, the latter term has too much negative baggage: whether it be the failures of timid social democracy in Western Europe, or the industrial ‘productionism’ and pollution within the former Soviet bloc.

In 2018, the US Army drew up possible ‘war games’ scenarios for the coming years. One of those – seriously considered as a possibility by 2025 – was what they called ‘Zbellion’. The reason why they identified this age-group – Generation Z or Gen Z, born from the mid- to late-1990s to the early 21st C. – was precisely because the authorities were aware that growing inequalities, precarious employment, rising unemployment and the inability to get into the housing market could make this group in particular increasing disaffected:

Fear of young disaffected youth, on the part of established elites, is perfectly sensible – in pre-revolutionary situations, it is frequently this group (often educated but under-employed, and unable to start meaningful careers) which begins to protest against the ‘old order.’ This was true, for instance, in both the 1789 French Revolution (young lawyers), and in the 1917 Russian Revolutions (school and university students): 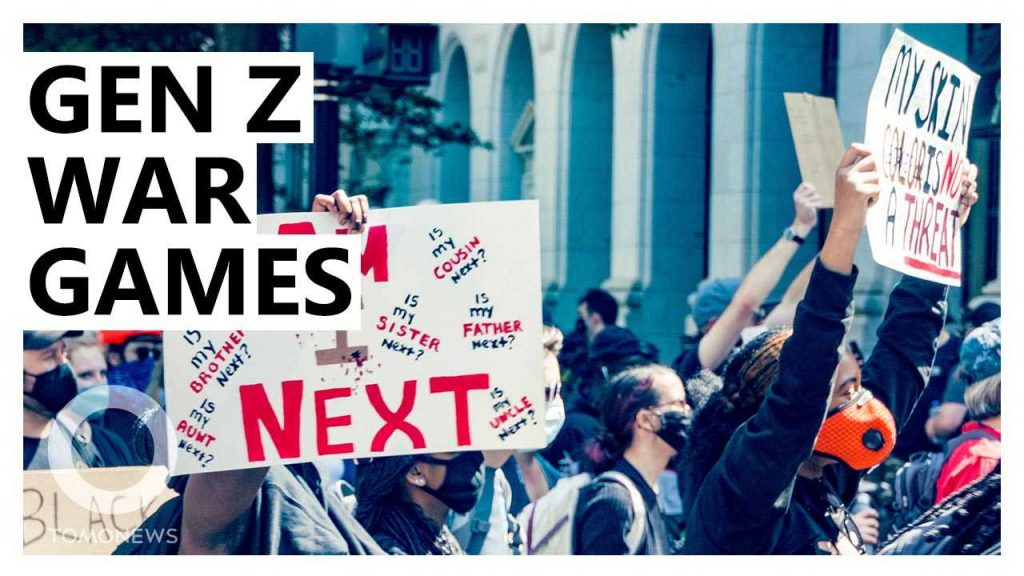 Although increasingly aware of the potential of mass rebellion, the elites nonetheless continue to stoke up the flames of revolt, in their uncontrollable race to accumulate ever-more capital. In particular, using not just war, but terrorist attacks (often the result of capitalist wars) and the havoc wreaked by the Climate Crisis, to make even more money – and to further strengthen the state. This aspect of modern-day ‘Disaster Capitalism’ was brilliantly exposed by Naomi Klein in her book, The Shock Doctrine: 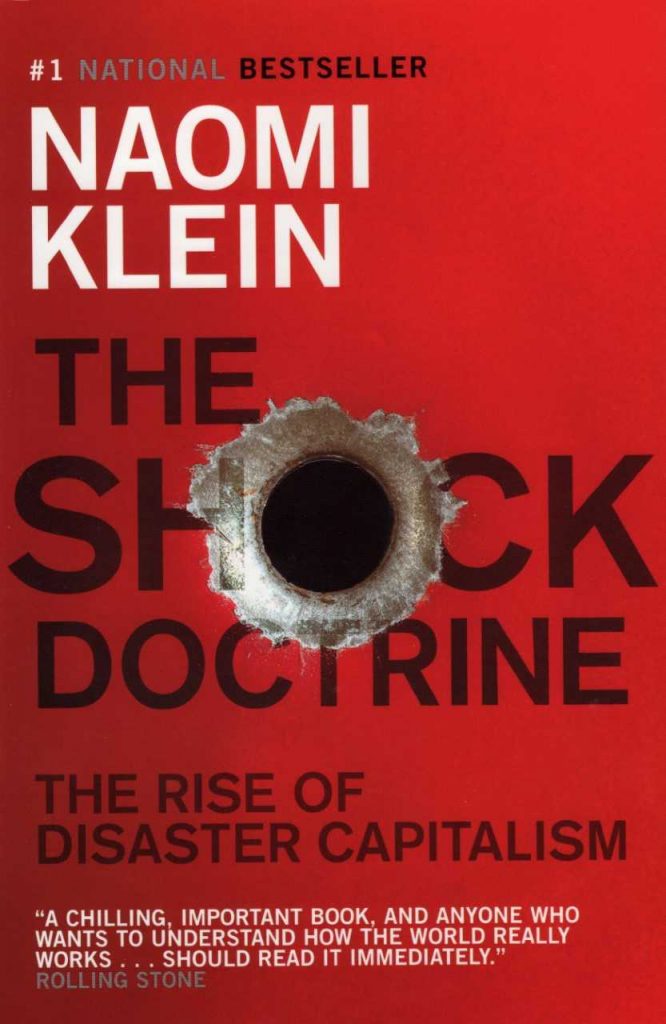 The face of 21st century capitalism

One way the elites are trying to deal with this potential threat of rebellion is via ‘voter suppression’ – more obvious in the US, but also in the UK. Apart from pulling out all the media stops to prevent a Corbyn-led Labour Party ever getting into power – and so, hopefully, sending disillusioned young people back to their bedrooms – Johnson’s hard-right Tory government intend to follow the US example and introduce Voter Photo ID: 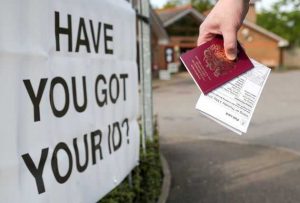 Where it operates in the US, there is plenty of evidence that younger and poorer people tend to fall off the electoral register, as they cannot afford cars and holidays abroad, so don’t have driving licences or passports. Last year, UK trials of Voter ID in ten areas saw some 800 people turned away from polling stations – yet the High Court has ruled that Tory plans to introduce Voter Photo ID are lawful.

Another aspect to voter suppression in the UK is by the decision to go ahead with plans to reduce the number of MPs: this will see 50 seats disappear, significantly to the detriment of Labour and to the advantage of the Tories. While poverty and the often-associated problem of homelessness – especially amongst young people – will also result in apathy and declining electoral rolls.

In addition – as was seen in the UK’s 2016 EU Referendum – very wealthy tech firms, such as Cambridge Analytica – can deliberately use targeted messaging on social media, aimed at specific voters, to get the ‘right’ results in elections. Just recently, Channel 4 News exposed how this was used by the Trump campaign in 2016 to try to persuade some 2.5m Black American voters from turning out to vote, in what was called a ‘Voter Deterrence’ campaign. Facebook has said they won’t allow this to happen in this year’s US presidential election; but, even if they honour this promise, such action is likely to be done by others.

However, as the 2018 ‘GenZ’ war games have shown, the elites and the state are also considering more violent ways in which to protect the status quo. One way has been the massive out-sourcing of policing and even aspects of war to private 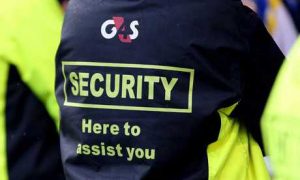 The future of policing

security companies. For instance, private security firms are now responsible for escorting prisoners to and from courts, and there are proposals to give such security guards some limited powers of arrest.

Increasingly, the security guards of such firms are dealing directly with protesters, whilst the police often tend to stand by and observe – this has been the case most recently with the HS2 protests, with some protesters being seriously injured. G4S, for instance, is now the world’s third largest employer:

At the same time, some public spaces in major UK towns and cities are being ‘privatised, with private security guards then employed – not just to deter ‘rough’ sleepers, but also to restrict the ability of protesters to get near company buildings and offices. 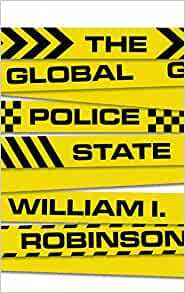 Where we are, and where we’re going

Margaret Atwood, whose dystopian novels often indicate that she has a finger on the pulse of our times, depicts the privatisation of such aspects in books like MaddAddam and The Heart Goes Last. A comprehensive academic – and alarming – treatment of these developments is provided by William I Robinson in his latest book, The Global Police State:

What is to be done?

There are so many actions that need to be taken if we are to avoid the growing inequalities, barbarisms and ecological crises of capitalism. However, one crucial step will be getting much larger numbers behind the project for fundamental system change. At the moment, there seems to be a ‘wind of change’ blowing – especially amongst young people. This has been sensed by some of the UK’s revolutionary Marxist groups, which are trying to achieve greater unity and so attract more members.

In fact, there are likely to be a significant number of people – especially younger people – drifting away both from Starmer’s version of Labour, and from the Green Party as it shifts to the right in search of ‘soft’ Tory voters. A broad left, democratic, ECOsocialist party should prove particularly attractive to such people. History, however, shows that such windows of opportunity and turning points don’t usually last long.

Thus the left needs to seize the day, as quickly as possible: by fully embracing and using the ‘E’ word: ‘ecosocialism’. That way, we can really put the ‘E’ in ‘rEvolution’!