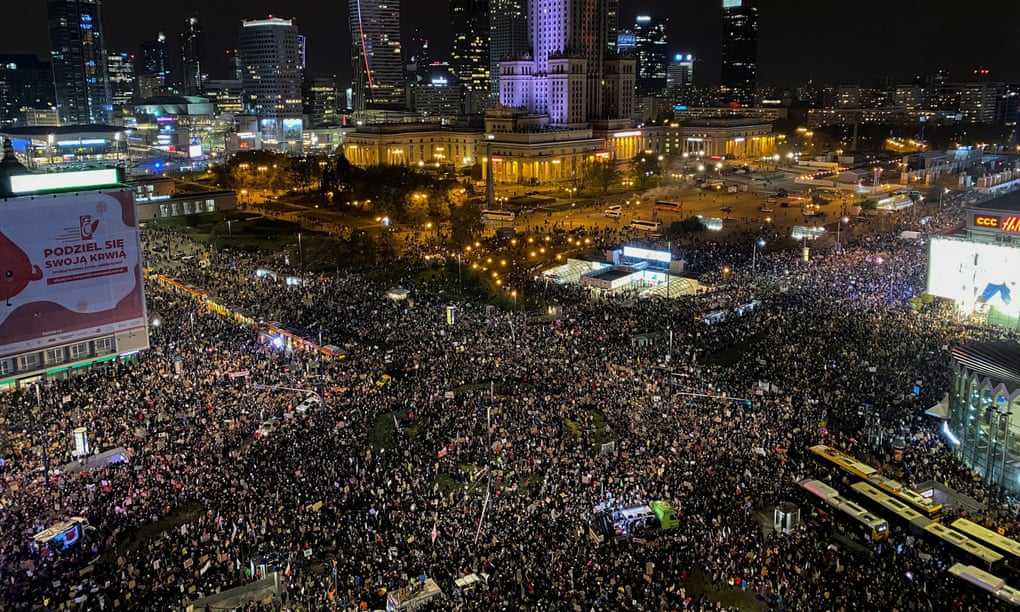 Gavin Rae writes from Warsaw about the massive demonstration in support of abortion rights: Yesterday’s demonstration was amazing. You joined the demo just by stepping outside of your home, with crowds walking towards the city centre. Marches seemed to appear from nowhere, merging and growing together. Once again it was extremely young and the majority women, although the march is now wider and more mixed than a week ago.  There were shows of solidarity. Taxi drivers organised a road blockade; trains hooted in support; the electronic signs on bus stops and buses were changed to display messages of solidarity; people served tea to the demonstrators from their kitchen windows….. 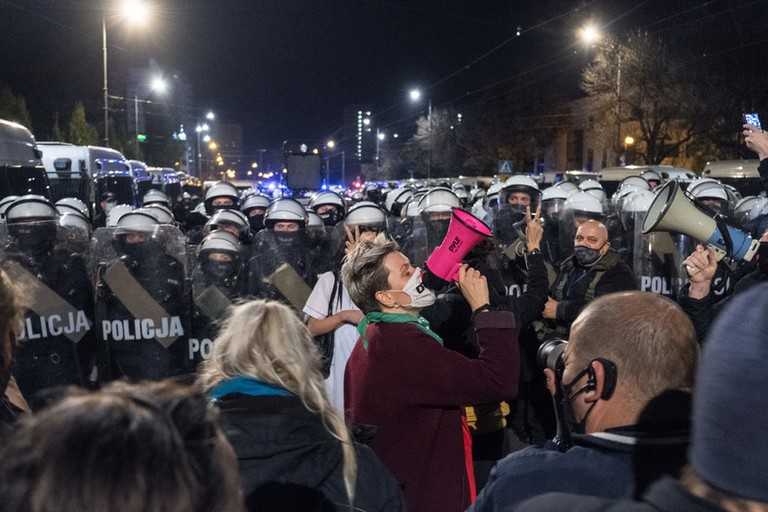 The atmosphere was tense and threatening, making the numbers even more impressive. Far-right thugs had attacked demonstrations around the country during the week and were threatening to mobilise in Warsaw. And for the first time since Martial Law the government sent the army onto the streets to ‘defend’ (sic) the churches and public buildings. In front of some of the main churches in Poland stood a line of soldiers, behind them police and further back in front of the church a group of far-right nationalists. The layers of the state laid bare. And around them marched hundreds of thousands of peaceful demonstrators that made a mockery of their show.

The far-right thugs resorted to making sporadic attacks on the demonstrations using flares and pepper spray. But this time the size of the demonstrations and presence of organised anti-fascists meant they were chased away (although they managed to hurt some people before.) This must be a shock to nationalists. They have had their own way for a long time in Poland now. Normally in November we have to witness the depressing spectacle of nationalists taking over the streets on Independence Day and there is a feeling of helplessness at how they can mobilise larger numbers. But not now. We are the many and they are the few. The youth have stood up to this government and the thugs that support them. 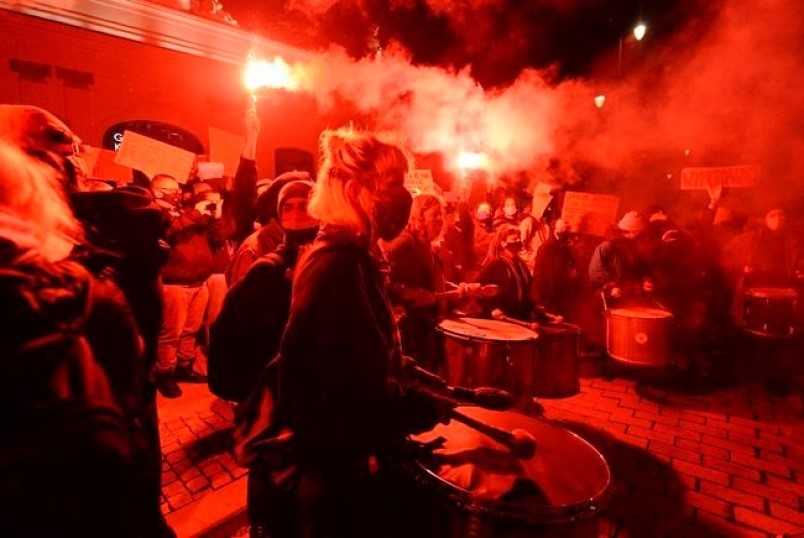 The marches merged in the centre of the city and moved again towards Zoliborz to where Kaczynski lives. The roads to his house were obviously blocked and heavily policed. The crowd gathered in Plac Wilsona, but the scene was more reminiscent of the square’s former name: the Paris Commune Square! The crowds kept coming and coming for over an hour before eventually dispersing. Oh and the music was great – these youngsters know how to throw a demonstration!

This movement has shocked the government I feel. They must have expected a reaction but the scale of it and how it has spread throughout the country, including into their heartlands, has taken them aback. The organisers have been extremely adept at changing their tactics and keeping the government on the backfoot. The political mood of demonstrators does not seem one of compromise. There is not wish to accept the poor compromise offered by the President. The majority never accepted the so-called compromise from the early 1990s, which was imposed and maintained undemocratically. This is not just about PiS, although the anger is directed primarily and rightly against them. The new leaders of the Constitutional Tribunal appointed by PiS may have taken the recent decision that has caused the outrage, but its former head (and symbol of the ‘democratic opposition’) called the demonstrators in an interview this week a ‘rabble’. It is unclear what will happen next, but a movement has grown in Poland on a scale similar to Black Lives Matter in the USA and politics will not be the same again.