The New Age of Epidemics

“Ever noticed how you come across somebody once in a while that you shouldn’t have f**ked with? That’s me.” – Walt Kowalski, in the film Gran Torino (2008)

Allan Todd writes: Covid-19 – like other pathogens such as SARS – can be seen as Nature’s equivalent of Clint Eastwood’s character ‘Walt Kowalski’, taking its revenge on humans for the massive destruction being inflicted, overwhelmingly by capitalism, on the natural world and the ecosystems of which we are part and on which we all depend.

Apart from the obvious devastation of nature resulting from the still-increasing global heating and consequent increasingly-frequent extreme weather events caused by fossil-fuelled capitalism, another big driver of the ecological crisis is the capitalist meat and dairy industry. Thus, to a significant extent, what we choose to eat has serious environmental impacts.

One aspect that all four infections have in common is that they were all viruses that crossed over from wildlife species to humans, sometimes via intensively-farmed animals. A second feature of these recent infections is that they can all be linked to the climate and ecological crises which have got worse since the start of this century. Jem Bendell is one researcher and writer who has shown how the climate crisis has made humans more vulnerable to such viruses. For instance, he explains how declining food sources force wild species – such as bats – to range into new areas.

The climate crisis is also increasing the incidence of diseases like Covid-19 by destroying and degrading natural habitats, and by the resultant biodiversity loss. As Bendell explains:

“The reduction of the total number of wild animals like birds and bats has implications for our exposure to disease. Why?  Because these are ‘reservoir host populations’ for pathogens, and the fewer birds and bats there are, then pathogen concentration and mixing tends to be higher (for reasons of lowered genetic diversity and easier spread). This increases ‘spillover risk’ for zoonotic infections to humans.”

In fact, scientists and researchers have known for some time that disturbance and destruction of natural habitats – such as the Amazon rainforests – is one of the principal drivers of the transfer of animal-borne infectious diseases from wild animals to humans. In 2008, Kate Jones, Chair of Ecology and Biodiversity at University College London, was part of a research team that determined that at least 60% of the 335 new diseases that emerged between 1960 and 2004 originated with non-human animals.

According to her, developments such as the destruction of natural habitats and ecosystems are resulting in an “increasing and very significant threat to global health, security and economies”:

Worryingly, an article by Alan Thornett, which appeared earlier this month, has confirmed that we are very likely to suffer a similar virus before there’s a vaccine for Covid-19.

However, it is not just global heating and the climate crisis that is causing the loss of natural habitats and biodiversity. Apart from the use and abuse of wild animals – such as the lucrative global trade in the capturing, breeding and eating of various species – one of the biggest drivers of the destruction of natural habitats is global capitalist agriculture. Particularly destructive is the massive meat and dairy agribusinesses – which is a massive contributor to the ‘Sixth Mass Extinction’ of species we are currently witnessing: 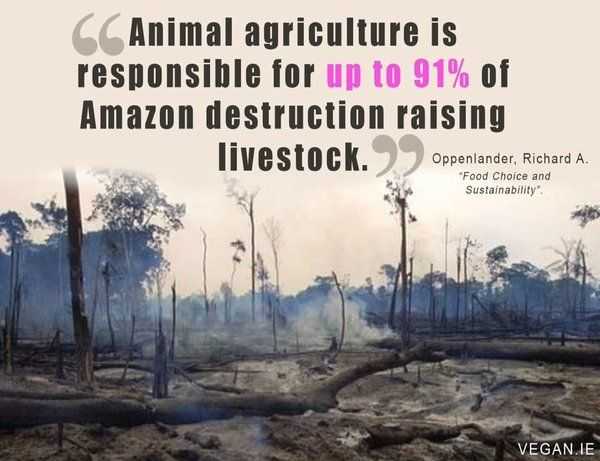 A very relevant quotation from R. A. Oppenlander’s Food Choice and Sustainability – note the word ‘choice’!

The meat and dairy industries destroy ever-larger sections of the natural world – in particular, of the tropical rainforest in Brazil – in order to have more land for grazing and for growing soya and other foodstuffs that are then fed to livestock. These industries also create unhealthy conditions for intensively factory-farmed animals, which make it much easier for animal viruses to cross-over to humans: 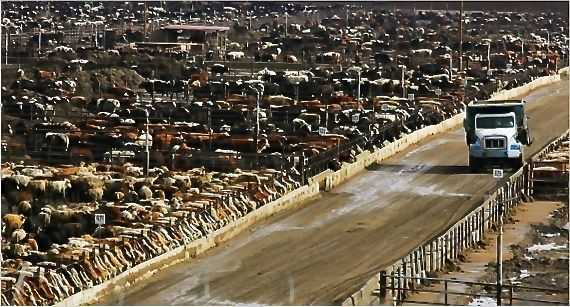 Free-range’ cattle in a US feed-lot

The Sixth Mass Extinction and pandemics

Ian Angus is one who has made explicit links between the climate and ecological crises and the increased risks of animal viruses spilling over to humans:

“Global warming…Species extinction…Deforestation…New diseases and plagues. The list goes on. We face a planetary emergency,…”i

The destruction of so many ecosystems – and the Sixth Mass Extinction of species such destruction is causing – associated with the intensive meat and dairy industries is a threat as big as that posed by the worsening Climate Crisis itself. As Covid-19 is currently showing, both of these linked and deadly developments are associated with the increased frequency of pandemics.  As was pointed out recently by Alan Thornett, dealing with the wider ecological dimensions of such pandemics will clearly involve, amongst other things, a revolution “in what we eat”:

As the ever-expanding meat and dairy components of capitalist agriculture have already destroyed large amounts of natural habitats and biodiversity, it should be clear that this agricultural system needs to be changed, in order to save what still remains of the planet’s biodiversity and ecosystems. 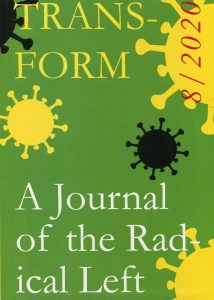 For a more detailed examination of these, and other related issues, see ‘The natural world and Covid-19’ and other articles in the latest edition of the radical left journal, Transform.

Veganism, animals and the planet

One of the quickest ways to do reduce the negative impacts of capitalist agriculture would be, at the very least, for people to drastically reduce their meat and dairy consumption. This would allow some already-existing agricultural land to be used, instead, to provide humans with plant-based sources of proteins and other nutrients. This, in turn, would dramatically reduce the chemical pollution of water and land resulting from industrial meat and dairy agribusinesses.

Fortunately, there is already a rapidly-growing trend – especially, but not exclusively, amongst young people – to adopt vegan or vegetarian diets. This is a development which, as well as a growing awareness of the connections between what we eat and what happens to the natural world, shows the emergence of a more humane and respectful approach to nature and other sentient beings. 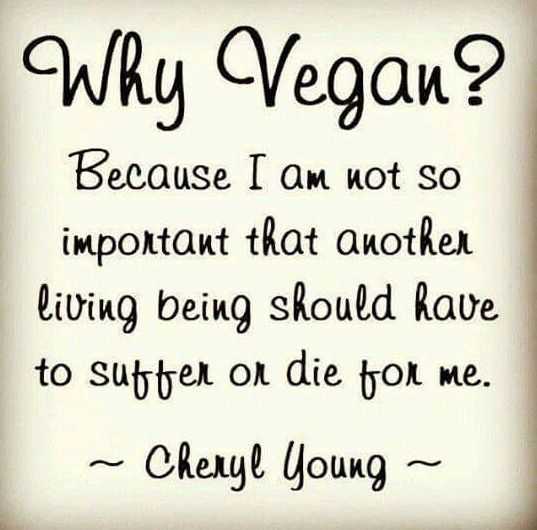 Another reason for being vegan

Even if people only reduce their meat and dairy consumption, this would allow huge areas of land to be returned to the natural world. Such a move would also help reduce greenhouse gas emissions and allow existing carbon in the atmosphere to be naturally sequestered, thus contributing to the slowing of global heating which is another factor destroying so much of the natural habitat required by so many species.

A shift to a more plant-based diet for humans would thus play a big part in reducing humanity’s overall ecological footprint, which is necessary to allow the development of a genuinely-sustainable economic system. This doesn’t mean less food for humans – on the contrary, it actually means more food; and food which is not full of the antibiotics and hormones that are often present in meat and dairy products.

However, a massive shift by people to an exclusively vegan or vegetarian diet would allow even more land to be re-dedicated to nature. In fact, the world-renowned biologist Edward Wilson has argued that as much as half of the surface of the Earth needs to be returned to nature. According to his Half-Earth argument, this is vital if we are to stave off the mass extinction of species – including of humans:

“For the first time in history, a conviction has developed among those who can actually think more than a decade ahead that we are facing a global endgame. Humanity’s grasp on the planet is not strong. It is growing weaker.”ii 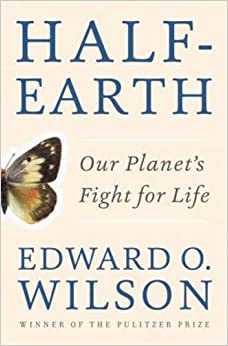 Something to aim for?

Whilst separate ‘life-style’ actions taken by individuals will not, on their own, bring about the rapid significant changes needed to protect the natural world, moves towards veganism and vegetarianism should nonetheless be warmly welcomed – and encouraged.

What is to be done?

An important point to grasp as regards the destruction of the natural world is that it’s not, per se, a problem of ‘excessive consumption’ by humans, all of which thus needs to be limited. Rather, it is a problem of the types of consumption – of many products, including food – associated with capitalism. Ultimately, infinite economic growth is incompatible with the increasingly fragile ecosystems on what is a finite planet.

Thus a more ecologically-sustainable society, more in tune with the natural environment and the various species which inhabit it, would make decisions to repair, as quickly as possible, the enormous environmental damage already inflicted on the natural world by global capitalism. For instance, in order to preserve the Earth’s ecological equilibrium, certain branches of production – such as the meat and dairy industries, industrial-scale fishing, and the destructive logging of tropical rainforests – should be discontinued or, at the least, drastically reduced.

Additionally, such a society would reduce or even abolish certain products, whilst subsidising and expanding those that could be produced in harmony with ecosystems and the non-human species living on this planet. It would also seek to move to greater local production for local consumption – something forced by the recent global pandemic lock-downs – in order to enhance food security and further reduce greenhouse gas emissions. The creation of sustainable agro-ecosystems would go a long way to help achieve this.

Ultimately, there will be no radical transformations of the kind now desperately needed without a radical ecosocialist programme being embraced by a sufficient mass of people. However, in the interim, we need to fight for transitional reforms – of the energy, food, housing and transport systems – that will increasingly restrict capitalism’s ability to continue to trash the natural world.

As part of that, we need to encourage moves that lead to considerable reductions in meat and dairy consumption. As Gandhi is reputed to have said: “Be the change that you wish to see in the world.” Or, to put it another way, as can be seen on the side of a particular brand of plant-based milk: “Nothing changes if nobody changes.”

i Ian Angus, ‘The Discovery and Rediscovery of Metabolic Rift’