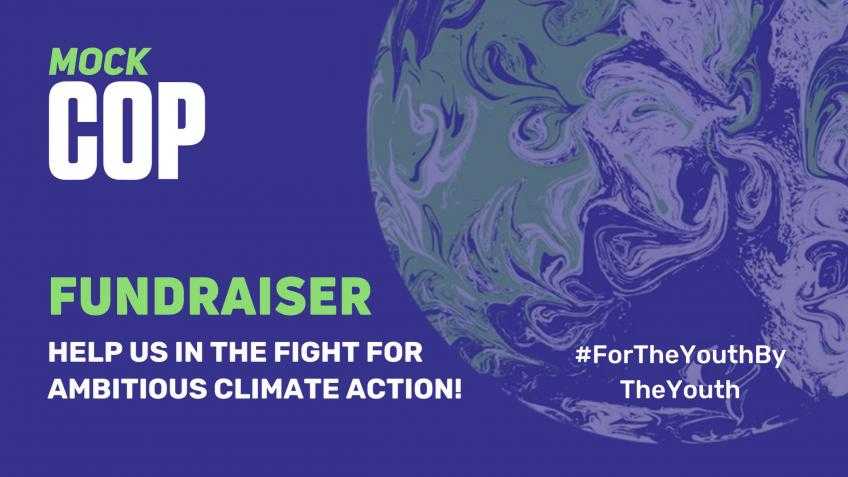 Allan Todd writes: Once again – as with the Fridays For Future and the Youth Strikes 4 Climate – young people are leading the way in calling for action, and putting governments to shame over their refusal to agree and then implement serious goals and policies on the combined Climate and Ecological Crises. 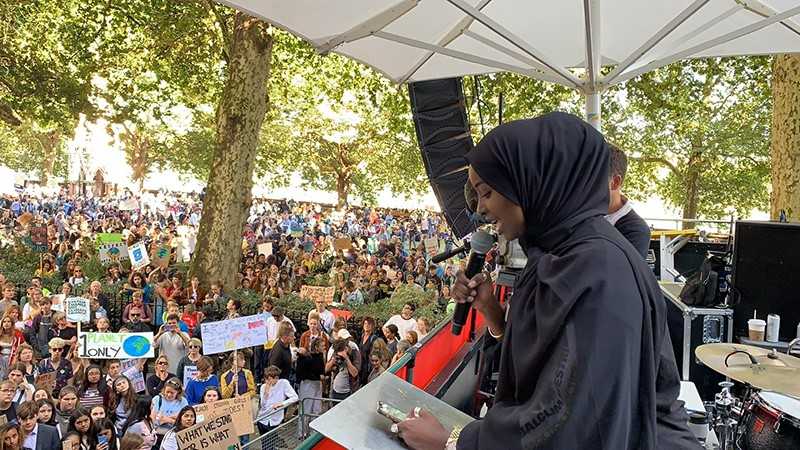 Zamzam Ibrahim, speaking in London, at the 20 September 2019 Climate Strike

Since 19 November, over 350 young environmental activists from 150 countries from around the world – rightly frustrated by the delays over serious climate action – have been holding a virtual COP meeting, called: Mock COP26. This is something governments could have done, instead of postponing – for a full year – the real COP26 meeting. Given that, in 2018, COP24 concluded that the world only had twelve years in which to make serious cuts in CO2 emissions if global heating of more than 2C is to be avoided, governments have just wasted an entire year. So now we only have ten years left.

Fortunately, the young people – aged from 14-18 – who are involved in Mock COP26, have been threshing out what policies are needed, via a series of workshops and talks. 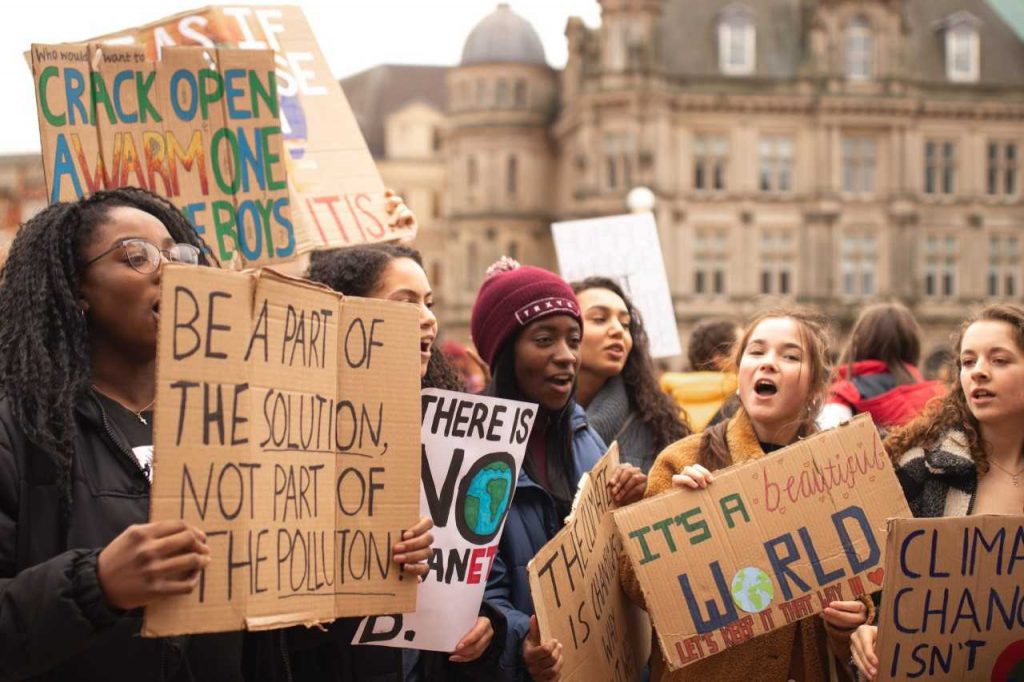 A Fridays For Future Climate protest

Towards the end of their thirteen-day conference, on 1 December, they will begin drawing up a list of hard proposals that the ‘grown-ups in the room’ can start work on at next year’s official COP26 meeting in Glasgow. With the help of scientists and ClientEarth (the environmental law charity), these will then be presented in an agreed ‘International Resolution’ or statement, intended to “raise the ambition” of government leaders for tackling the climate emergency. Mock COP26 will then be presented to the High Level Climate Action Champion, Nigel Topping, at the closing ceremony, at 12.00pm on 1 December, with participants calling for these proposals to be adopted into law.

Quite rightly, much of their focus has been on the Global South, where many countries have been experiencing devastating impacts, as a result of worsening global heating, for many years. The Mock COP26 organisers thus placed great emphasis on addressing the lack of diversity in the climate movement, in which the countries most affected are often not being heard. Angelo, from the Philippines, made this moving comment:

“My country, the Philippines, is struggling. We don’t want more floods that rise up to 15 feet, winds that peel off roofs in seconds, the rain that drowns our pets and livestock, and storm surges that ravage coastal communities. We don’t want more people to die. We’re still a developing country that contributes so little to global carbon emissions yet we face the worst of its consequences. This is absurd!”

Dom Jaramillo, commenting on how people of the Global South seem to be ignored, said:

“We feel voiceless because we are most affected:” 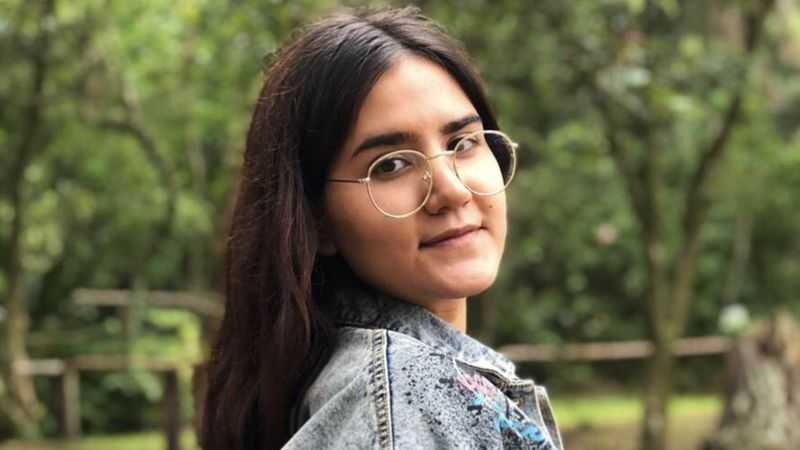 The five main themes of this conference have been:

In addition, there have been calls for making polluters pay for the damages and losses sustained by those at the frontline of climate impacts. Although, after 2015, many countries were prepared to look at ways of providing a sound basis for liability and compensation, this principle of climate compensation was blocked by Trump’s USA at COP25. As activists pointed out, in an Open Letter presented before Mock COP26 began:

“Developed countries, who fuelled the climate crisis through decades of wilful negligence and inaction, have done very little to help the billions of people in developing countries who suffer the effects of loss and damage.”

The full programme of Mock COP26 can be found here.

From the Ground Up 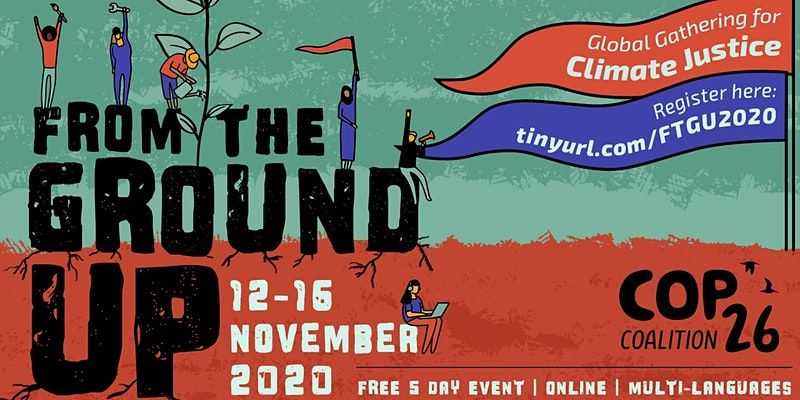 From the Ground Up!

Mock COP26 was preceded, earlier this month, by five days of on-line discussions at ‘From the Ground Up’, a ‘Global Gathering for Climate Justice’ event from 12-16 November, organised by the COP26 Coalition.

This brought together around 8000 participants, mostly young, with females outnumbering males. These were able to take part in 53 different virtual ‘events.’ Like Mock COP26, these climate activists sketched out the main elements required for coping with the Climate and Covid Crises in the years between now and 2030. In particular, for ensuring that global heating did not go beyond 1.5C.

As was pointed out in a Statement released before the ‘Gathering’ began, the mere fact that so many governments and corporations are at least talking about the need to abandon fossil fuels is a victory for the global street protests organised by young people and organisations such as Extinction Rebellion. Dozens of the organisations that make up the COP26 Coalition were in agreement that:

“The global pandemic has made clear that the multiple crises we face today – climate breakdown, ecological destruction, racism, patriarchy, hunger, poverty, the mass displacement of peoples – are all interconnected. These crises share common roots that see the earth’s resources exploited for the benefit of the few at the cost of the many, and the poor and marginalised bear the worst consequences. We may all be in the midst of the same storm, but we are patently not all in the same boat.”

Encouragingly, the overall ‘tone’ of this virtual Climate event was both very militant and very internationalist – which it needs to be, given the ever-worsening crises. In addition, much of the thrust of the debates was distinctly anti-capitalist – even if many participants didn’t actually use that phrase. Again, if a catastrophic Climate Breakdown is to be avoided, this is precisely the direction that should be developed in the run-up to COP26, and beyond:

The Climate Emergency: ‘Capitalism – the problem, NOT the solution!’

“We are in uncharted waters. The world is on track to breach the carbon budget for 1.5oC global warming well before 2030. Our role in the run-up to COP26 must be to maintain at the forefront of public consciousness what this warming of 1.5oC means: for our lives and for our livelihoods, for the interests of all citizens globally and for the future of our planetary ecosystem. And what it would take to avoid: nothing less than a fundamental reckoning with and transformation of our economic, social, and political systems.”

For a more detailed treatment of the significance of what took place at this ‘Gathering’, an extremely useful article by Iain Bruce can be found here.