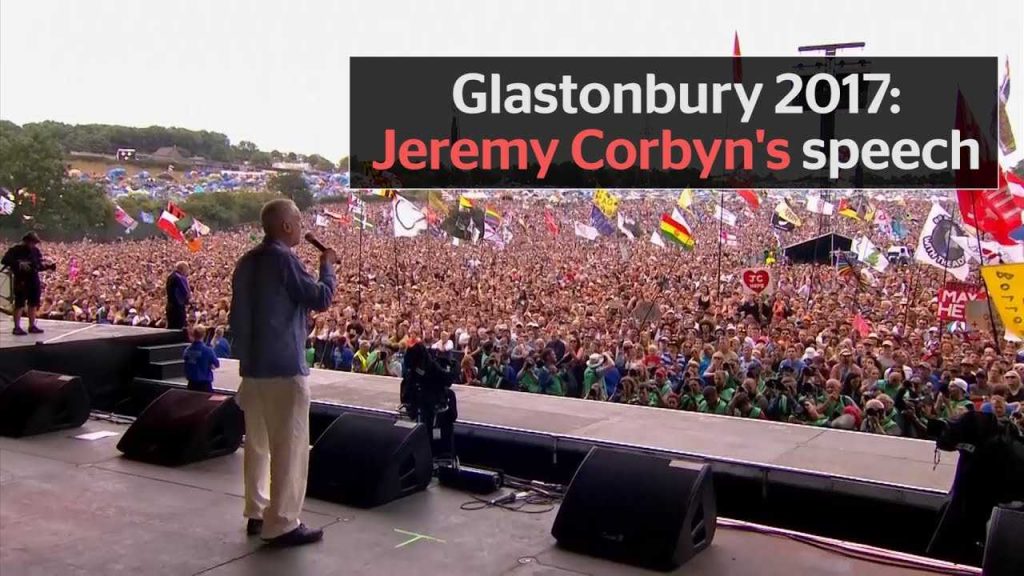 “Hegel remarks somewhere that…[History repeats itself]. He forgot to add: the first time as tragedy, the second as farce.” Karl Marx, The Eighteenth Brumaire (1852)

Allan Todd writes: With the suspension of Jeremy Corbyn from the Labour Party, it appears – yet again – that Labour’s right-wing are prioritising destroying the left radicalism associated with Corbyn above ending Tory misrule.

Coming at a time when the pandemic is exposing more glaringly than ever the deep structural inequalities in the UK, and when all the signs are pointing to the ever-worsening Climate Crisis now being not far off from an uncontrollable descent into catastrophic Climate Breakdown, such a step is nothing short of a betrayal of the 99%.

To coup, and coup again

To be fair, Labour’s right-wing have a consistent track record of acting in this way. When I was a member of the Labour Party in the late 1970s and 1980s, there was a never-ending stream of right-wing Labour MPs running to the offices of rags like the Sun, to claim that Tony Benn was the biggest threat the country faced.

More recently, of course, the Labour right tried desperately to overturn the choice of Labour members – in 2015 and 2016 – to have Jeremy Corbyn as Leader. Their chosen method was by attempting to stage a Westminster coup, with many Labour MPs resigning from the Shadow Cabinet: 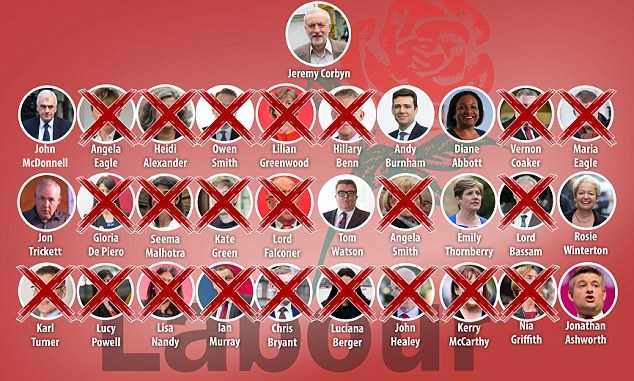 Some of the plotters

Since April 2020, we now know that such moves didn’t end after Corbyn survived two attempts to force him to resign as Leader. Labour’s recently-leaked internal Report into how allegations of anti-semitism by party members were handled, show that:

“At its extreme, some employees seem to have taken a view that the worse things got for Labour the happier they would be, since this might expedite Jeremy Corbyn’s departure from office.”

More about how these officials – whose salaries were paid out of Labour members’ subscriptions – worked really hard to stop Corbyn becoming PM can be seen in this Guardian report. 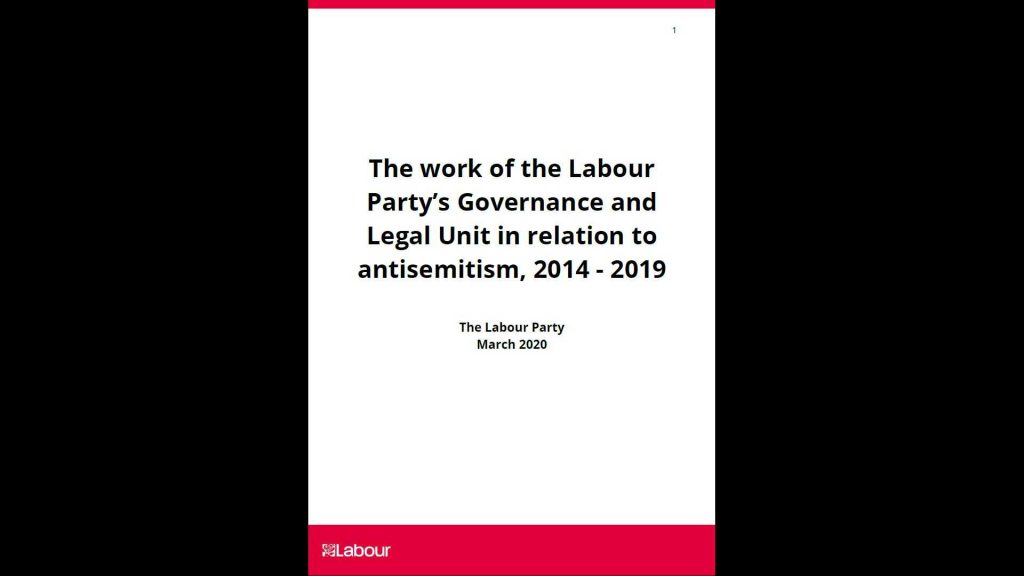 The leaked Report that the media STILL mostly ignore

The threat of a good example

The interesting question is why the right-wing have behaved in this way for the past five years. It seems clear that their opposition to the ‘Corbyn Project’ was twofold:

For those who’ve forgotten, Corbyn was supposed to have delivered an appalling result in GE2017. Instead, he came very close to replacing May as PM. Corbyn’s Labour Party’s success so diminished May’s majority that she had to bribe the Ulster Unionists with £1bn in order to buy their support and so remain PM.

According to one survey held after that election, Corbyn would have become PM with just an extra 2227 votes spread across the most marginal key seats.

The enthusiasm for Corbyn’s Labour Party and its message of hope for a better and fairer world was especially marked amongst younger voters. 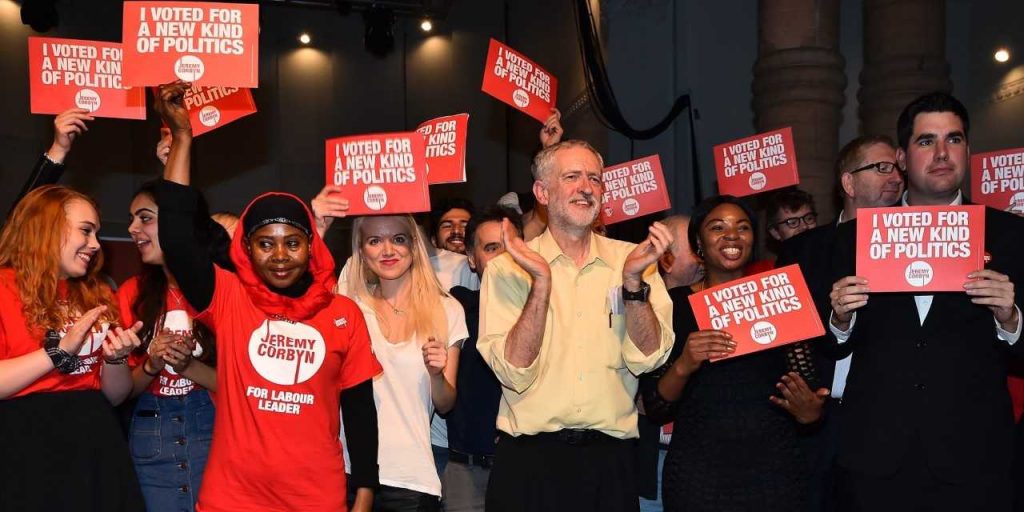 Youth support for a ‘New Kind of Politics’

This appeal was shown just two weeks after the election, when he received a tremendous roar of approval from a massive crowd when he walked on to the main Pyramid Stage at Glastonbury.

Yet, as the leaked Report already referred to also reveals, Labour’s right-wing officials were panic-stricken when the exit polls for GE2017 showed that Labour might actually win the election: 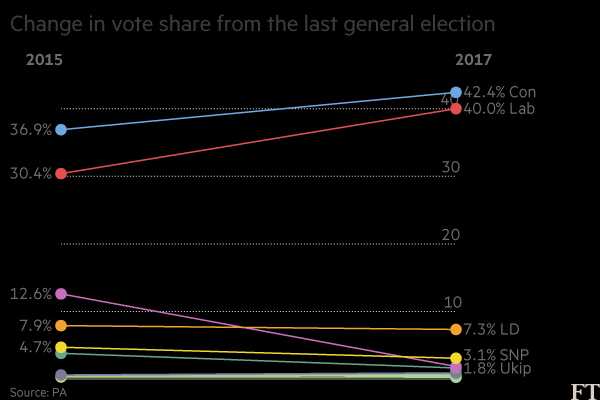 Their previous mantra – that Corbyn’s radicalism made Labour unelectable – had clearly been proven wrong. So… they had to come up with another weapon in their struggle to ‘bury’ the left. That weapon was to be anti-semitism.

Such attempts at the political assassination of radicals who pose a threat to the existing system are, of course, not new. One example that immediately springs to mind is Stalin’s determination to crush Trotsky – and, more importantly, the revolutionary ideas of what, as early as 1905, was termed ‘Trotskyism’.

The ways Stalin and his supporters went about this task involved Show Trials and political slurs: the main one being, in the 1930s, that Trotsky and the Left Opposition associated with him, were in the pay of…the fascists! In fact, according to some of the more absurd allegations hurled during those Show Trials was that Trotsky had been the agent of fascism even before the 1917 Revolution!

A useful reminder that fear – in today’s Labour Party, of losing a Shadow Cabinet position – can lead people to ‘admit’ to the most ridiculous ‘crimes’

With reference to Marx’s comment about History repeating itself, while Stalin’s campaign against Trotskyism was clearly tragedy, it’s possible to argue that Starmer’s continuing campaign against Corbynism today is more tragedy than farce, given the current dire state of politics in the UK.

In fact, the suspension of Jeremy Corbyn is just the latest – and most risky – attack by the Labour right on the Corbynistas. As such, it presents those who haven’t already left – for instance, over the sacking of Rebecca Long-Bailey, the watering down of Labour’s Green New Deal or the Spy Cops Bill – with a real political dilemma.

Those who decide to remain members, in order to continue the fight to defend radical policies, deserve respect and support. However, Corbyn’s suspension – probably long-planned – may well be the forerunner of a real purge of the Corbyn left.

For those who have already left, or now choose to leave – and those who may be expelled – the important thing is that they should not abandon the fight for a better world for the 99%. However, this then raises the question of how best to carry on that struggle. The temptation – already being discussed in several quarters of the Labour left – is to form a new party.

Given the urgency of the multiple crises – economic, health and ecological – of neoliberal capitalism, this is not the best way forward. Quite simply, we don’t have time to start building a new party from scratch. Especially when Left Unity – a radical, broad left, political party – has already been in existence for the past seven years.

Left Unity is a democratic, ecosocialist, feminist, anti-racist, anti-fascist, anti-homophobia and internationalist party, active across a wide range of left campaigns in the UK. It is also a member of the European Left. What’s more, it’s ready to accept new members!

So I would urge disillusioned members of the Labour Left Alliance, Red-Green Labour and Labour For a Green New Deal, who have already left or are about to do so, to join Left Unity and give radical left politics another chance!

30 October 2020
To submit an article for the 'Discussion & Debate' section of our website please email it to info@leftunity.org

One response to “Labour’s Show Trial”