Johnson, Immigration and the Class Struggle 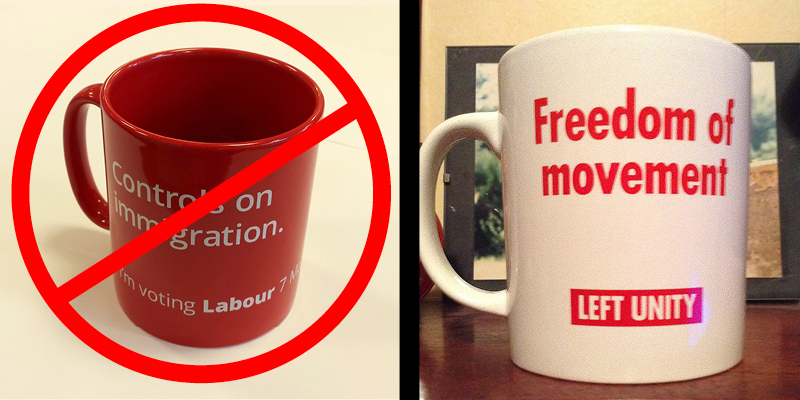 David Landau writes: Boris Johnson – Working Class Hero!? This is what he wants us to believe in his speech to the recent Tory Party Conference. How? By arguing for a ‘high wage, high growth economy’ as opposed to ‘reaching for the lever of uncontrolled immigration’ to sort out labour shortages, leading to a ‘low wage, low growth economy’.

The reality is that the evidence does not show a close correlation between immigration and lower wages. And if they did it would not show that immigration causes low wages but rather that IMMIGRATION CONTROLS put migrant workers under duress – fear of deportation because of being or becoming ‘illegal’ or being allowed here under conditions which make it extremely difficult to be organised.

Despite this, in fact migrant workers are amongst the most militant. They have been at the centre of new unions which have proven to be more robust in taking on the employers, just like what happened with the creation of Jewish trade unions over 100 years ago.

Anti-migrant movements seek to divide the working class and therefore weaken wages, terms and conditions. And Johnson finds himself embedded in such a movement through his Brexit campaign and activities before that campaign.

We have to be careful about who are our friends are in this battle. Capitalists, always looking at the bottom line to maximise profits, are not all happy with Johnson’s stance and many Tory MPs amongst them. They DO want low wages and poor conditions. They are not our friends. They are not the friends of workers; migrants or non-migrants. It might be tempting for us to point to various employers’ organisations and Tory MPs and say ‘even these capitalists agree with us’. They don’t. Our struggle against immigration controls and for freedom of movement must not be confused with their avarice.

These conflicts between Johnson and sections of the ruling class reflect deep contradictions in the capitalist system. We seek to overthrow that system. The workers united will never be defeated.

17 October 2021
To submit an article for the 'Discussion & Debate' section of our website please email it to info@leftunity.org